The new Supreme Court pick is very “controversial,” whoever he or she turned out to be. That was the consensus of ABC’s Nightline. About 90 minutes before Donald Trump announced the name of Judge Brett Kavanaugh, Nightline’s Twitter page blasted: 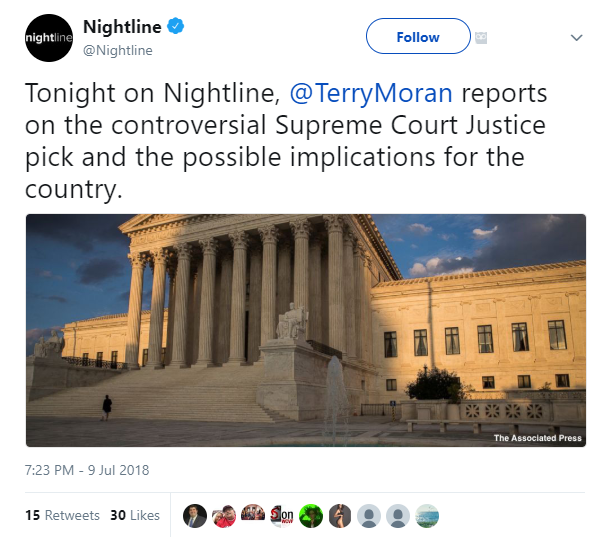 Again, they didn’t have a name (or any news outlet for that matter), but this mysterious person was “controversial.” Later in the evening, the Nightline account tweeted out a “correction” to explain what the network journalists meant to say: 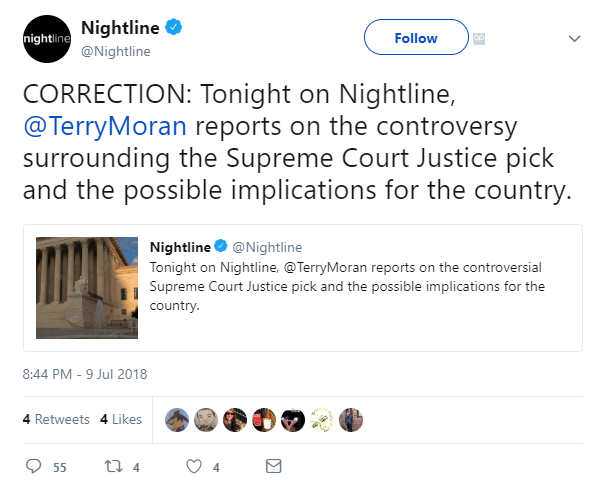