The liberal hate flows strong in today’s edition of This Week in Media Bias History. On April 19, then-MSNBC host Keith Olbermann smeared Rush Limbaugh as having “blood” on his hands for the 1995 Oklahoma City bombing. On April 14, 2009, CNN’s Anderson Cooper used a vulgar slang term for oral sex to describe the Tea party movement.

Below are Rich Noyes’s collected tweets from the 16th week of This Day in Media Bias History. To get the latest daily examples, be sure and follow Noyes on Twitter. To see recaps of the first 15th weeks, go here.) 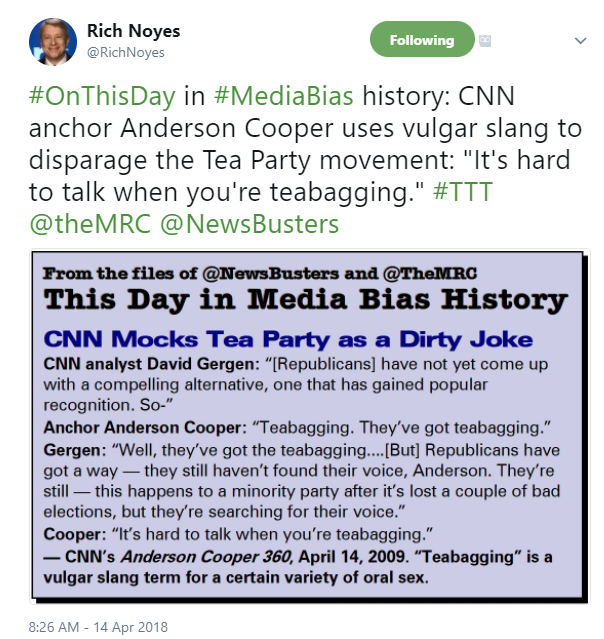 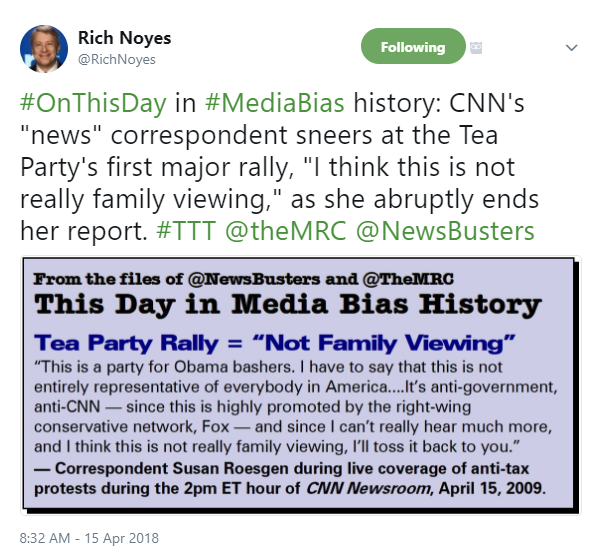 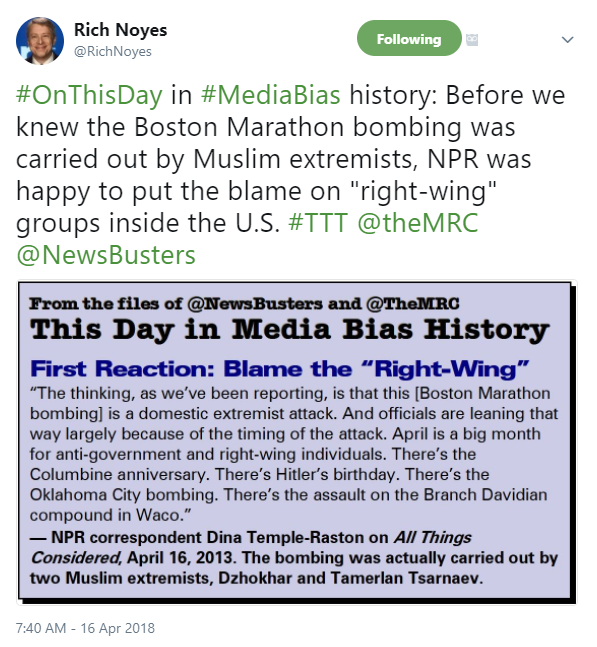 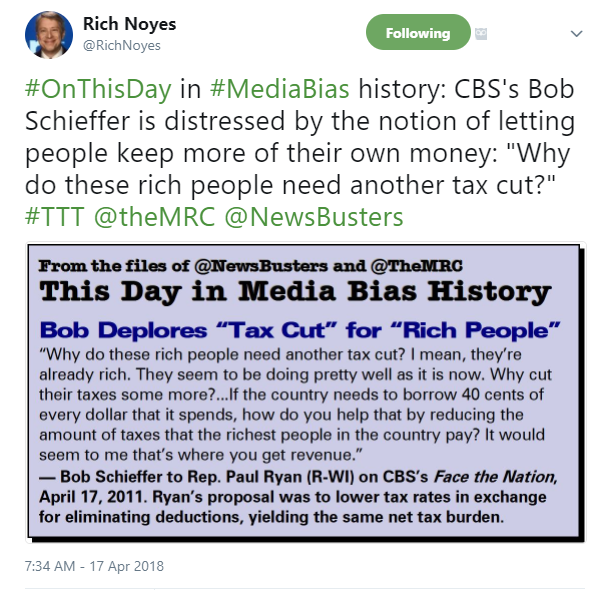 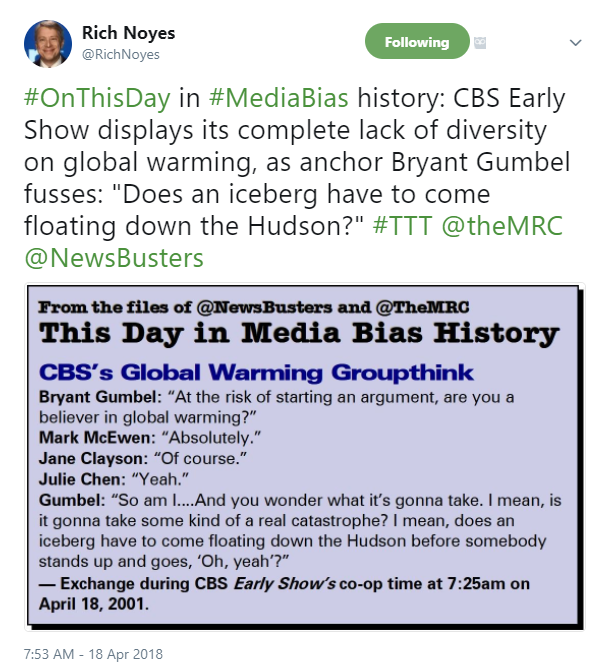 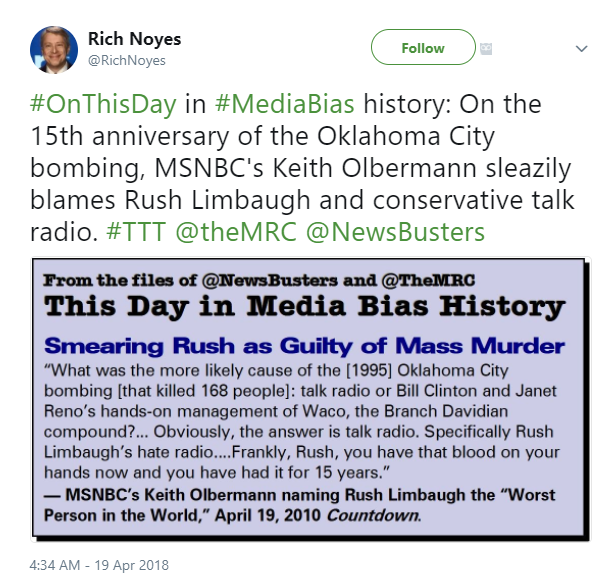 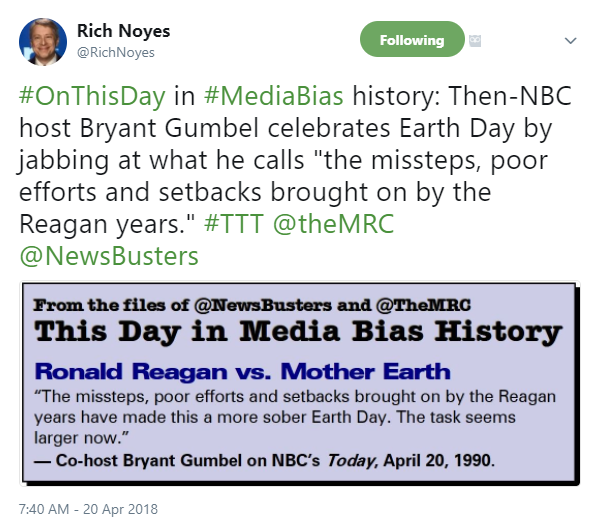