CBS Hammers Sinclair for Partisanship, But Host Gayle King Is a Democratic Donor

CBS This Morning has finally discovered bias and conflicts of interest. Just not the kind impacting co-host Gayle King. On Thursday,  Norah O’Donnell and Paula Reid hyperventilated about Sinclair broadcasting requiring stations to play a PSA declaring a commitment to objectivity and truth.

The CBS graphic worried, “Press or politics? Sinclair’s mandated message on local TV stations draws scrutiny.” Of the promotional script that warns against “the sharing of biased and false news.” O’Donnell huffed: “Some say it contains a controversial political message.”

Reid fretted about the danger of Sinclair, noting that it runs local TV stations that run “in four out of every ten households. They are currently trying to acquire Tribune stations, which would allow them to be seen in even more homes.” 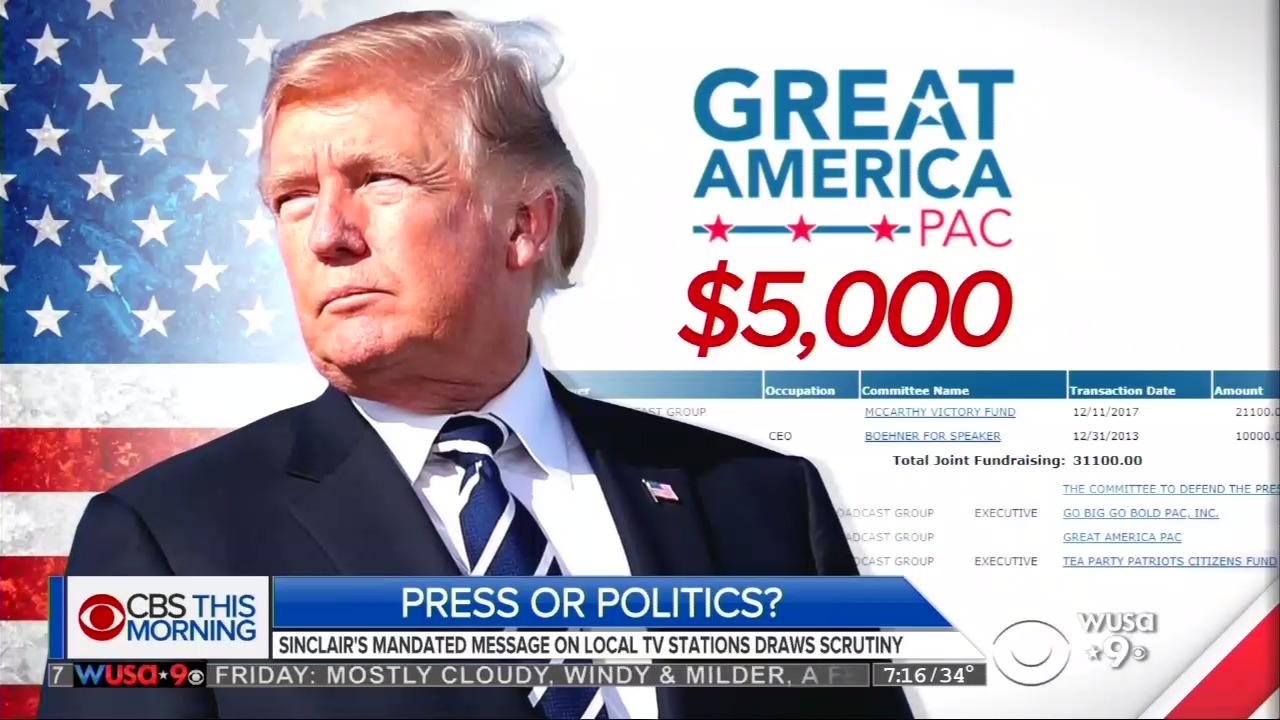 This is rich coming from CBS. This Morning co-host King is a Democratic donor. (See Open Secrets for more donations.) That’s hasn’t impacted her ability to be a network journalist. In February, she admitted on-air to actively encouraging liberal pal Oprah Winfrey to challenge Donald Trump.

In March, this remarkable moment occured when King talked about how her best friend running would impact her hosting duties:

So if King can donate to Democrats and be good friends with a Democrat who may run for president, it’s rather hypocritical for CBS to criticize Sinclair. 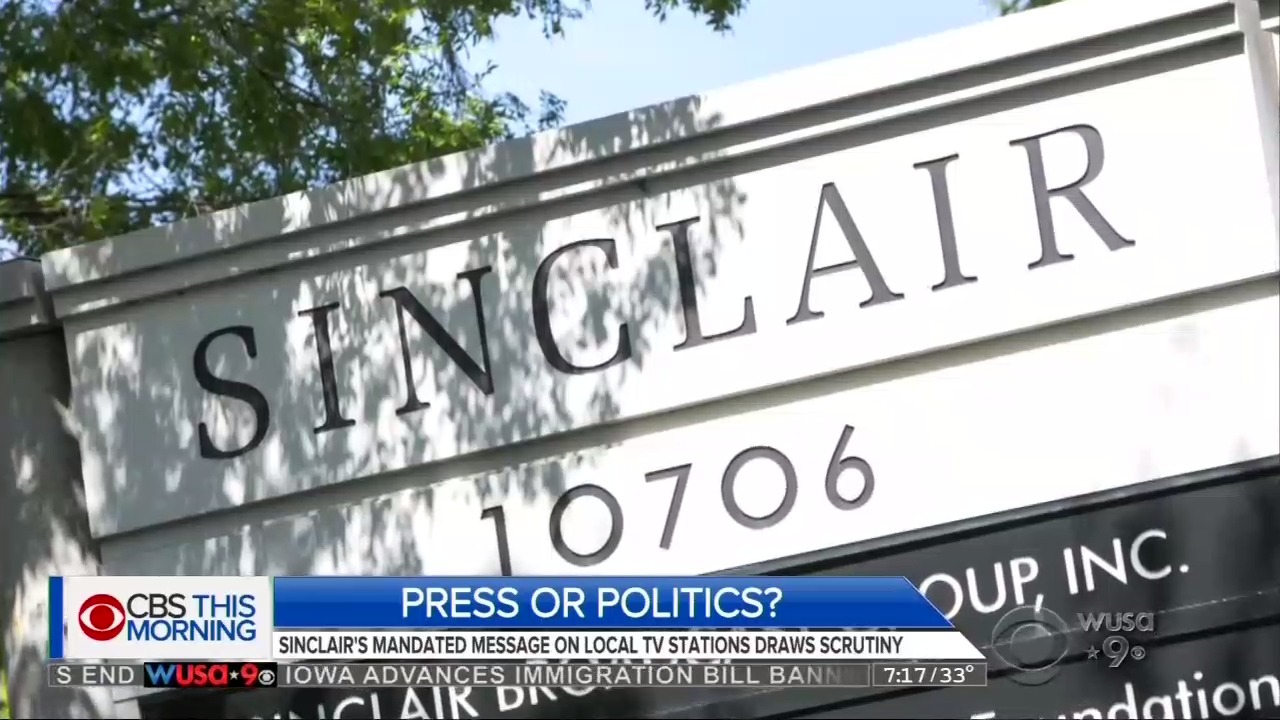 NORAH O’DONNELL: The country's largest owner of TV stations is responding to criticism over its mandate for local news anchors to read a promotional script. Some say it contains a controversial political message. Sinclair Broadcast Group Executive Chairman David Smith defended the videos to The New York Times. He calls them, quote, “standard practice in the industry. His remarks come in response to an outcry triggered by a viral video coming showing Sinclair anchors reading from the very same script. We should note that 30 Sinclair-owned stations are CBS affiliates. Paula Reid is at the Justice Department which is reviewing Sinclair’s deal to buy a rival company. Paula, good morning.

PAULA REID: Good morning. Sinclair Broadcast Group runs local TV stations that run in four out of every ten households. They are currently trying to acquire Tribune stations, which would allow them to be seen in even more homes. But it’s a video of their anchors that has many people, including the President talking and, of course, tweeting.

DONALD TRUMP: One false story after another.

TRUMP: We're not going to let the fake news tell us what to do.

EPSHTEYN: I want to talk to you about my job.

REID: Sinclair stations are required to carry Epshteyn’s statements including this one where he defends his role.

EPSHTEYN: Wouldn’t you want someone talking to you about politics only if he had actually worked in politics?

REID: On Twitter President Trump called Sinclair far superior to other media companies and mocked those who criticized Sinclair for being biased. His comments raise question about White House impartiality as the Justice Department and the FCC review Sinclair’s attempted acquisition of Tribune Media. If approved, the deal would increase Sinclair’s reach to around 72 percent of American households.

ANDREW SCHWARTZMAN (Georgetown Law professor): This merger is going to go through.

SCHWARTZMAN: We are going to end up with a handful of broadcast companies owning much of the industry with much less diversity and much less localism.

REID: This is similar to AT&T’s proposed acquisition of Time Warner. The President frequently bashed Time Warner property CNN, and Trump’s Justice Department is trying to block that deal. But so far the judge overseeing the case that will decide if that deal can go forward has not really allowed the President’s influence to be a factor at trial. John?