On Monday, January 25, 1988, 30 years ago tonight, Americans across the country saw with their own eyes an early example of the ugly liberal media attack machine. Dan Rather, the anchor of the CBS Evening News at the time, laid a trap and attempted to ambush then-Vice President George H.W. Bush on live TV. Of course, Rather’s goal was to embarrass the leading Republican contender for the 1988 Republican presidential nomination.

The segment was supposed to be a “candidate’s profile.” Instead, Rather screamed at the Vice President over the Iran-Contra scandal, making it the sole topic discussed. Visibly angry, he berated the Vice President: “You’ve made us hypocrites in the face of the world!”

But Bush didn’t just sit back and take the bias. He zinged the journalist by mentioning a truly embarrassing moment for Rather. In 2008, Rich Noyes quoted from The Quest for the Presidency, recounting:

...a notorious incident several months earlier when Rather, on location in Miami, had got sore at having his newscast held up by a tennis match and had walked off his set to call New York to bitch about it.

The tennis match had ended in his absence, and CBS, with nothing else to put on the air, had gone to black — an empty screen — for six minutes. It was the ultimate embarrassment for a network... 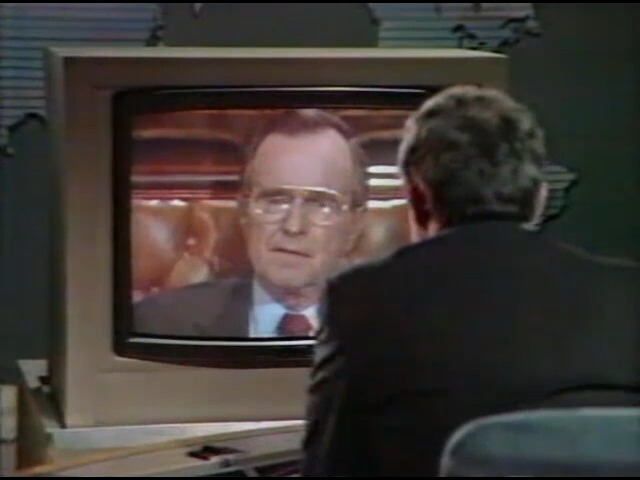 So when an unhinged Rather yelled and berated Bush, the Republican retorted: “It’s not fair to judge my whole career by a rehash on Iran. How would you like it if I judged your whole career by those seven minutes when you walked off the set in New York?” Bush lowered the boom: “I have respect for you, but I don’t have respect for what you’re doing tonight!”

How badly did Rather’s botched effort to destroy Bush fail? Even his colleagues in the press were appalled. According to the February 1988 issue of the Media Research Center's MediaWatch, 60 Minutes co-host Mike Wallace chided, “The style was wrong. Dan lost his cool.” ABC's Sam Donaldson derided, “Rather went too far.... I don’t think we can get to a situation where we make — on our own authority— accusations.”

The cover of the February 8, 1988 issue of Time labeled it “the ambush that failed.” Then-Time associate editor (and future Obama official) Richard Stengel criticized the CBS anchor, describing the scene as “a powerful TV journalist hectoring the Vice President, who had been lured into the interview expecting that it would focus on his presidential campaign.” 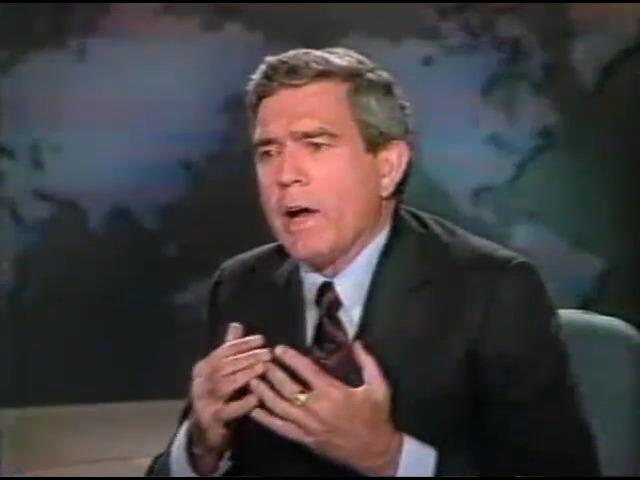 ime’s journalists even conducted a poll to see who won the battle. The results weren’t good for Rather. By a resounding margin, 42 percent to 27 percent, Bush “came out ahead in the exchange.” Was Rather rude? Fifty one percent said yes. Only 38 percent said no.

The February 8, 1988 Newsweek critiqued: “Last week’s drama in the control room underscored the network’s uneasiness about its evening-news star. Intense and driven, Rather has a reputation for volatility that at times approaches instability.”

Rather’s obsession with derailing Bush presidential campaigns didn’t end in 1988. In 2004, he famously used phony documents in an effort to undermine George W. Bush’s reelection bid. Ultimately, it led to his ouster as anchor of the CBS Evening News. (Rather has been reduced to appearing on an online show on The Young Turks channel.)