This Week in Media Bias History: Kennedy Would Have Helped Woman, If He Hadn’t Drowned Her

Media bias, “fake news” and liberal spin aren’t new. The Media Research Center has been exposing and battling left-wing propaganda since 1987. Now, you can keep track of the worst historical examples of media bias, courtesy of the MRC’s archives. Every day in 2018, research director Rich Noyes will be tweeting out “This Day in Media Bias History” from the files of NewsBusters and the MRC.

Here’s a recap of the first week’s examples. They include: A Boston Globe columnist spinning that Ted Kennedy would have helped Mary Joe Kopechne, if he hadn’t accidentally drowned her. Chris Matthews in 2012 sneering that the Republican Party is built from the Democratic Party’s poop. Other entries feature the “unbearable” thought of losing Hillary Clinton and praise for the “communist Pope.”

Here are Rich Noyes’s tweets from the first week of "This Day in Media Bias History." To get the latest every day, be sure and follow Noyes on Twitter. 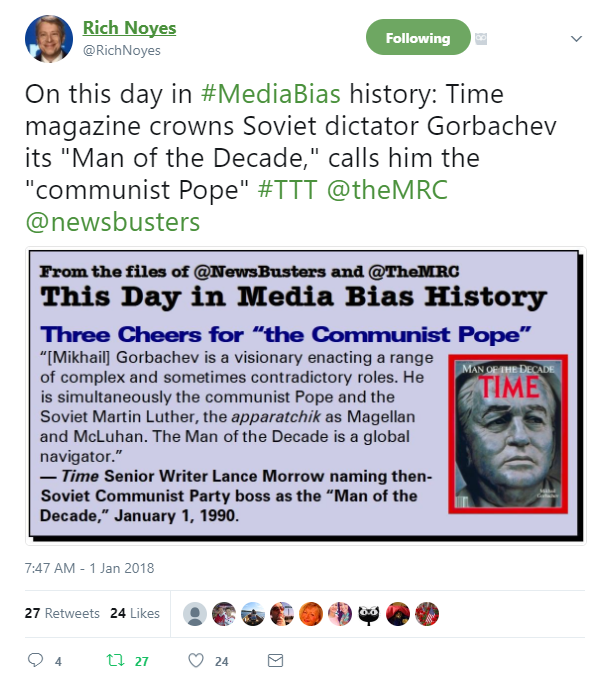 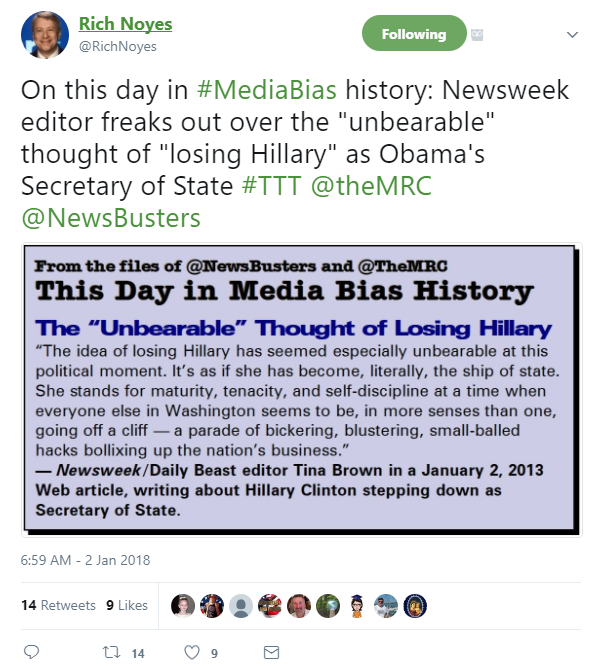 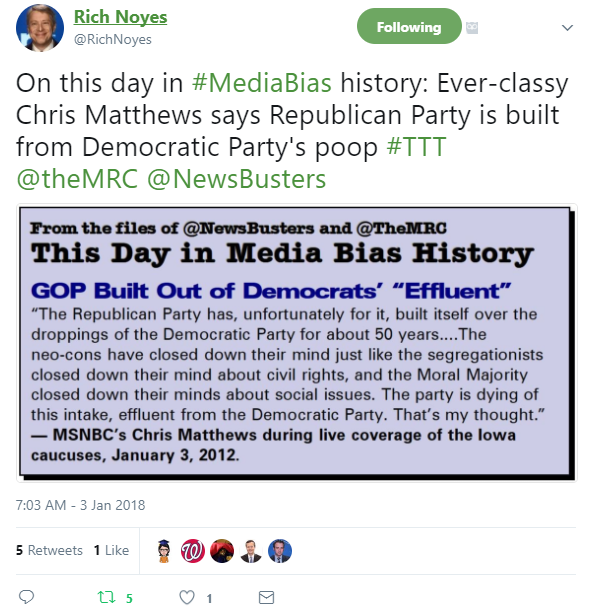 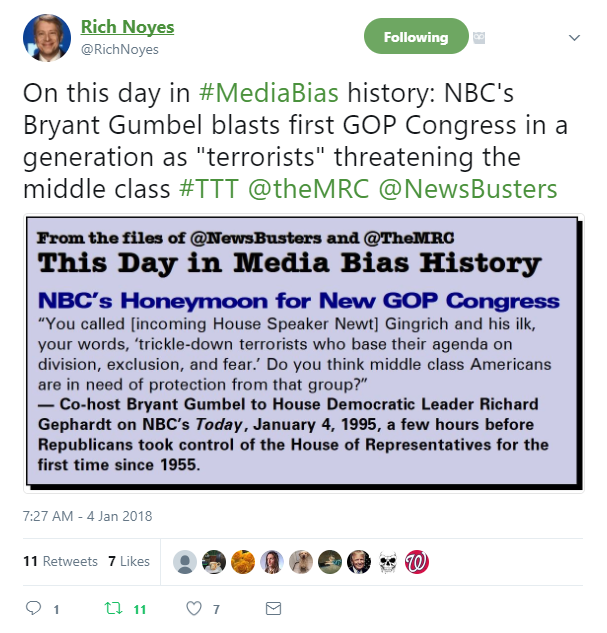 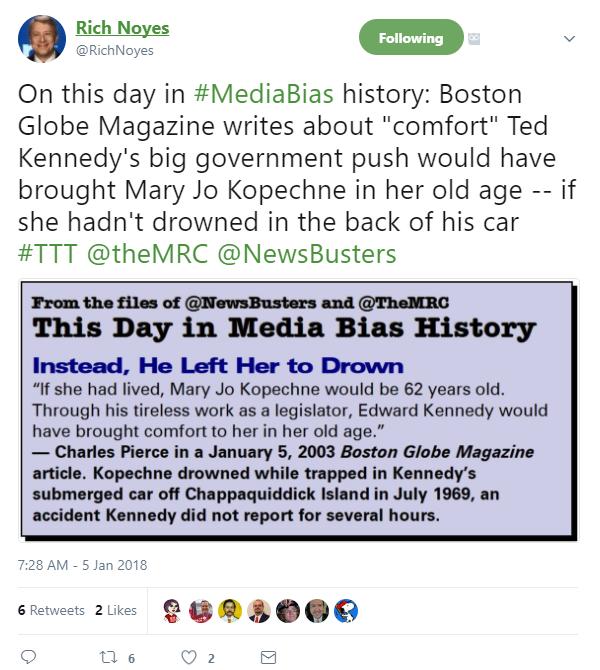