MSNBC journalists on Tuesday rushed to the defense of the Democrat in Alabama’s Senate race, spinning Doug Jones as “moderate” and “conservative.” This despite his firm support for abortion and some gun control policies.

After playing a clip of Donald Trump saying, “We certainly don't want to have a liberal Democrat that's controlled by Nancy Pelosi and controlled by Chuck Schumer,” an aggrieved Andrea Mitchell huffed, “The President is again misstating the record of Doug Jones...”

I’m not in favor of anything that is going to infringe on a woman’s right and her freedom to choose. That’s just the position that I’ve had for many years. It’s a position I continue to have. But when those people — I want to make sure that people understand that once a baby is born, I’m going to be there for that child. That’s where I become a right-to-lifer.

The allegations against Roy Moore are very serious and alarming. But that doesn’t justify MSNBC journalists trying to dupe viewers into thinking that the Democrat in the race is a “conservative.” 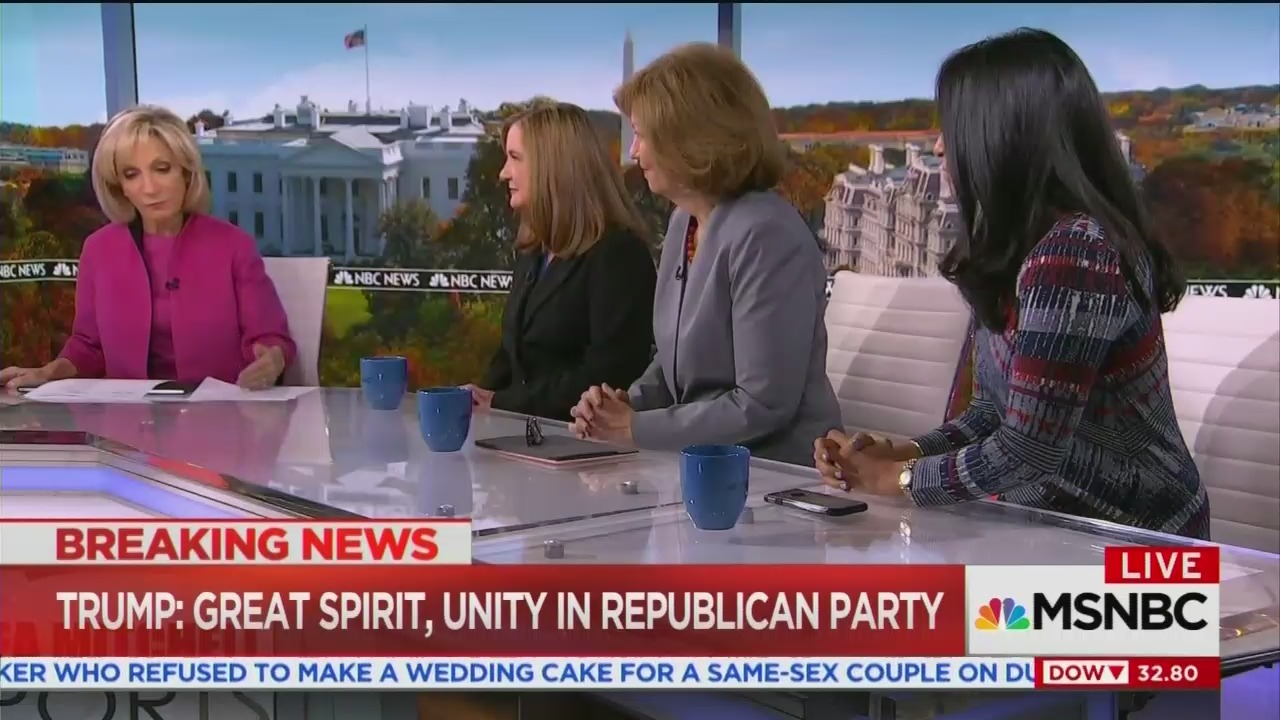 ANDREA MITCHELL: That was a comment about Roy Moore, clearly. First to you, Jean Cummings. The President is again misstating the record of Doug Jones, who is the prosecutor who convicted the KKK perpetrators who had killed the little girls back in 1964.

JEAN CUMMINGS: (Wall Street Journal Deputy Bureau Chief):  He's basically a moderate to conservative Democrat, but where they're trying to attack him is he does support abortion rights.

MITCHELL: Soft on crime, soft on borders is not his issue.