After the shocking and serious allegations against Alabama Republican Senate candidate Roy Moore broke on Thursday, the networks on Friday jumped to tar all conservatives, reminding audiences that Moore is a “far-right,” “hard-line,” “devout Christian conservative” “Republican.” This is not how controversial Democrats get treated when they run into trouble.

On CBS This Morning, co-host Charlie Rose mentioned Republican or “conservative” three times in his opening two sentences: “Sexual misconduct claims hit Republican Senate candidate Roy Moore and rock the GOP. The Alabama conservative denies allegations of a sexual encounter with a 14-year-old girl when he was 32.”

Reporter Nancy Cordes kept the labeling going: “Republican leaders were already uncomfortable with Moore’s far-right views on Muslims and homosexuality and a host of other issues.”

Over on ABC’s Good Morning America, journalist Tom Llamas tossed out all the buzzwords:

Moore is a hard-line conservative Christian and former Alabama chief justice.... He became a hero to some in the religious right when he refused to remove the Ten Commandments from a judicial building. And as a Senate candidate had a far-right-platform. 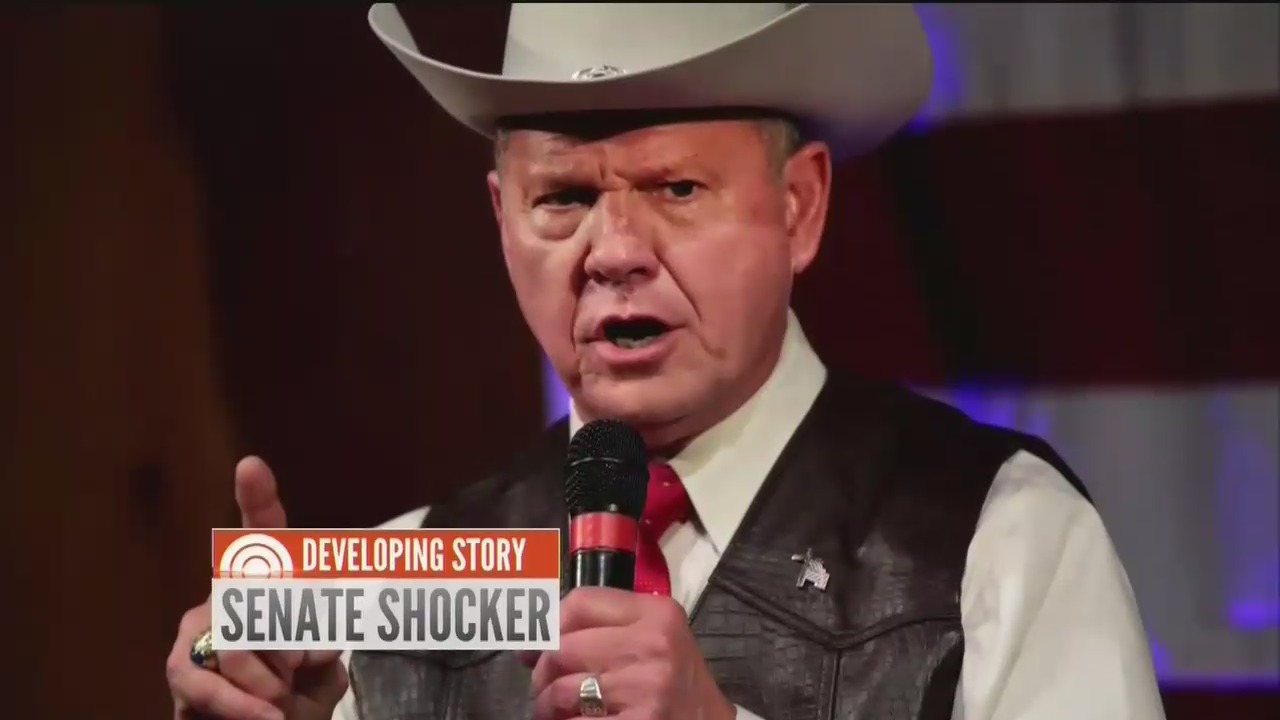 The accusations against Moore are appalling and serious. If true, he deserves to face the consequences of his actions. Yet, journalists rarely throw around labels like “far-left” or even “Democrat” when those partisans get in trouble.

In 2001, then-Congressman Gary Condit was revealed to have had an affair with an intern who disappeared. Over a two month period, only eight percent of the stories identified him as a Democrat. When Anthony Weiner was convicted of sexting a 15-year-old girl, CBS and NBC DIDN’T mention his party.

Back in 2013, when the allegations against Weiner were just getting started, the networks did the same thing. The New York Times frequently avoided identifying the Democrat’s party ID.

CHARLIE ROSE: Welcome to CBS this morning. Sexual misconduct claims hit Republican Senate candidate Roy Moore and rock the GOP. The Alabama conservative denies allegations of a sexual encounter with a 14-year-old girl when he was 32. The White House reacted overnight.

ROSE: Alabama Republican Senate candidate Roy Moore is under pressure to drop out over sexual misconduct claims. Four women tell the Washington Post that Moore pursued them when they were teenagers and he was in his 30s.

GAYLE KING: And one of the women was 14-years-old at the time. All four have confirmed their stories with CBS News. White House Press Secretary Sarah Huckabee Sanders reacted to the report overnight while traveling on Air Force One.

SARAH HUCKABEE SANDERS: The President believes we cannot allow a mere allegation, in this case one from many years ago, to destroy a person's life. However, the President also believes if these allegations are true, judge Moore will do the right thing and step aside.

BIANNA GOLODRYGA: Moore calls the allegations “baseless political attacks” but they're the newest bombshell in a Senate race that was supposed to be easy for the GOP. Nancy Cordes is on Capitol Hill is getting almost no support. Nancy, good morning.

NANCY CORDES: Good Morning. Republican leaders were already uncomfortable with Moore’s far-right views on Muslims and homosexuality and a host of other issues. Now they're actively looking for ways to replace him in this race, but their options may be limited.

CORDES: The uneasy truce between Roy Moore and the rest of the GOP fell apart, Thursday.

MIKE LEE: He should step aside if the allegations are true.

CORDES: But a defiant Moore reportedly called the allegations, quote, “filthy and sleazy attacks by forces of evil,” urging “God-fearing conservatives” to help him fight back by chipping in a donation.

CORDES: Moore's accusers say the evangelical sought them out when they were as young as 14. Wendy Miller says Moore asked her out on dates but her mother said no. Leigh Corfman said Moore kissed her, took off her shirt and pants and guided her hand to touch her over his underwear. At the time, he was 32.

MOORE: We are all created in the image of God!

STEVE BANNON: One of the finest men in this country, Judge Roy Moore!

CORDES: Last night at a conservative gathering in New Hampshire, Bannon compared the allegations against Moore to the Access Hollywood tape that surfaced right before President Trump’s election —

CORDES: — but did not bring him down.

BANNON: It’s purely part of the apparatus of the Democratic Party. They don’t make any bones about it. It’s  not a fair and free media anymore.

CORDES: Republicans worry this scandal could open the door for a Democratic pickup in deep red Alabama. But it is too late at this point to replace Moore's name on the ballot. They could try running someone else as write-in candidate, but that's always risky, especially, Gayle, since Moore himself has shown no intention of dropping out.