The journalists at CBS have suddenly become prim and proper and are offended by someone using profanity. Horrified at the use of expletives from White House Communications Director Anthony Scaramucci, This Morning co-host Gayle King on Friday fretted to veteran journalist Bob Schieffer: “When you hear something like that, Bob, are you offended?... Are you disappointed? Are you saddened by it?” This is a far cry from how CBS reacted to Joe "big fucking deal" Biden.

The very worried King continued, “This is really serious stuff. When you listen to it, the children are listening it and parents are listening.” Schieffer was very offended. He derided, “It is just embarrassing for the nation. And the idea that someone who represents the president of the United States —... Look, my standards are not too high, but I've got some.”

The two were referencing a profanity-laced rant by Scaramucci in which he told a reporter, “Reince [Priebus] is a fucking paranoid schizophrenic, a paranoiac.” 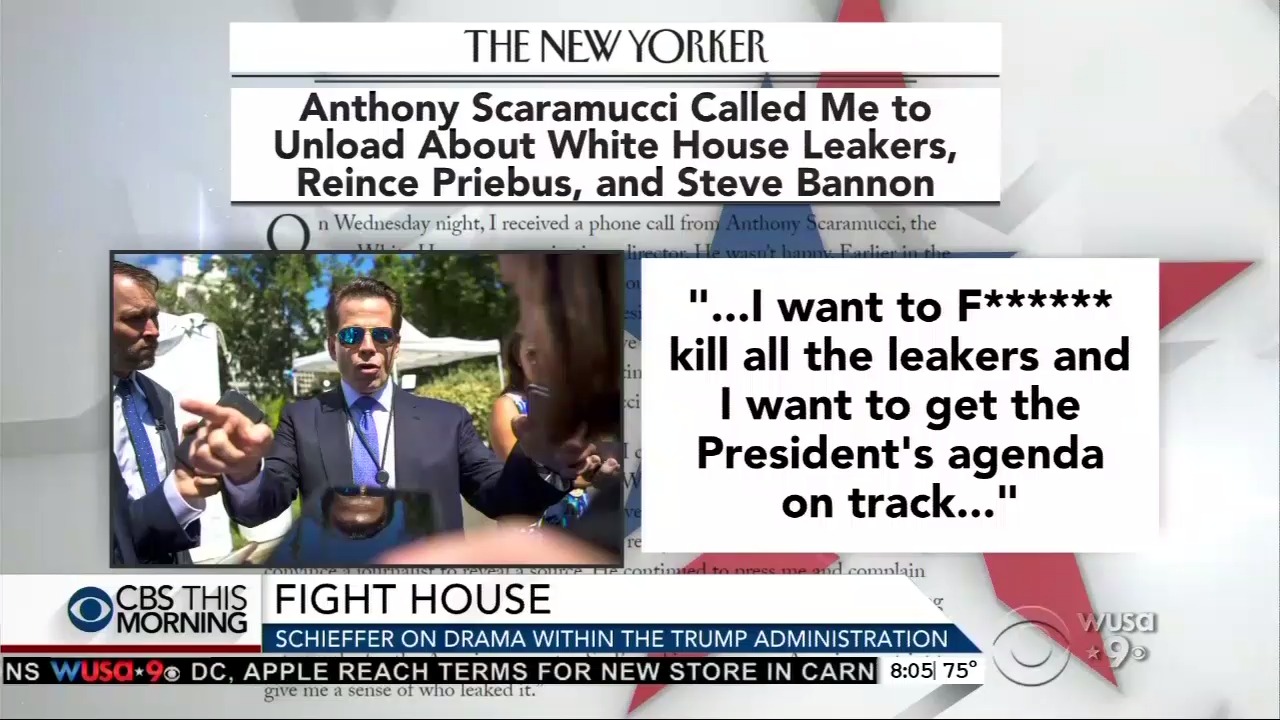 Yet, CBS was hardly as shocked in 2010 when Joe Biden told Barack Obama, in front of cameras and a microphone, “This is a big fucking deal.” The profanity came in the wake of ObamaCare’s passage. On March 23, 2010, Chip Reid offered no condemnation or horror.

Instead, he simply played the Vice President swearing and dismissed, “A White House official laughed off the remarks, saying the vice president is absolutely right, health care reform is a big —  deal.”

On March 24, 2010, reporter Michielle Gielan called it simply a “slip of the tongue” and didn’t chide the Vice President or wonder if someone would think of the children. 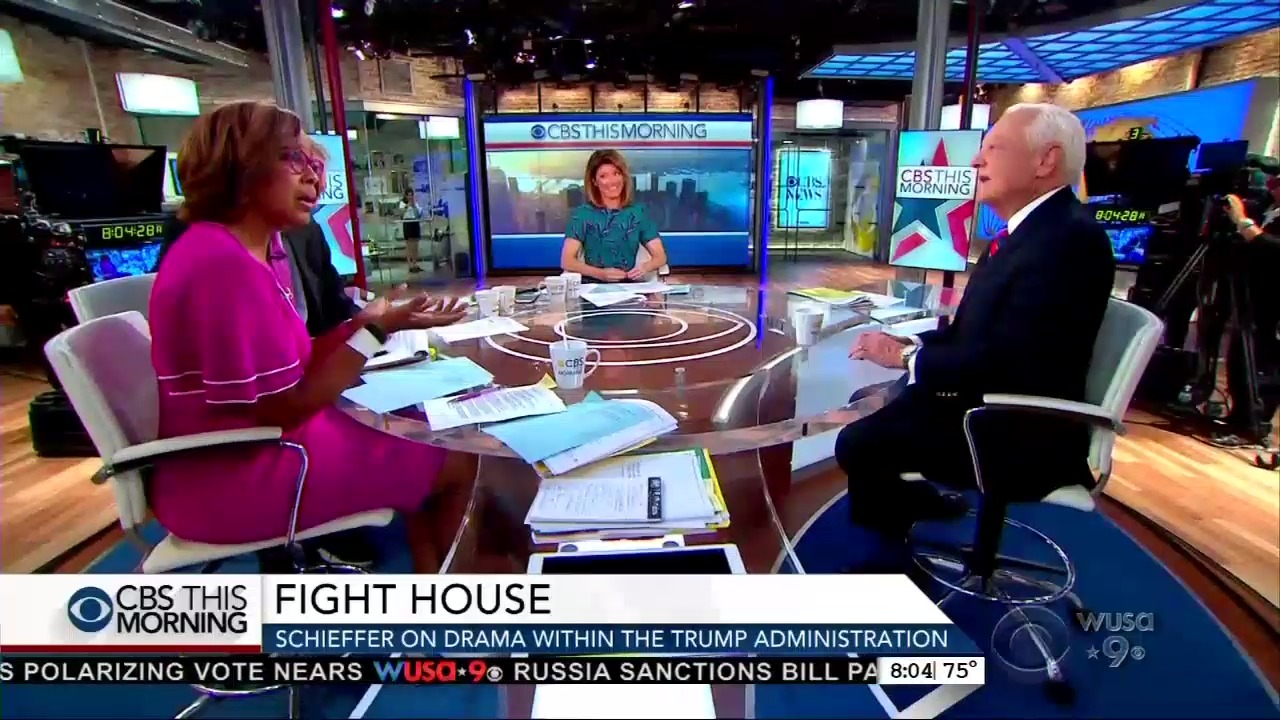 In March of 2009, when Barack Obama made fun of those with disabilities by comparing his bowling to the Special Olympics, The Early Show’s Chris Wragge gently wondered, “Does he need to make an apology?”

John Dickerson offered excuses for Obama: “He probably does need to make an apology. You know, the whole point of this interview was to show him in an easy, winning environment where he could kind of remind people that he was this human person.”

In 2014, retired ABC News journalist Ann Compton spilled the beans and told C-SPAN viewers that, in an off-the-record rant, Barack Obama launched into a “profanity-laced” tirade against the press. Did CBS care about that? No.

Eventually, Dickerson got around to calling the mean comment “bone-headed.” But there was none of the horror reserved for Scaramucci. Apparently, some shocking comments are worse than others, according to members of the media.

This biased segment was brought to you by Aveeno, Tide and Walgreens.

ROSE: What the hell is going on?

SCHIEFFER: You know, my Air Force training comes into play here because the air force song is "Off we go into the wild blue yonder." And every time I wake up, I'm just thinking, “Here we go again. I mean, I'm not going to say “I've never seen anything like this because every time I say it, the young people around here, it's become a drinking game. You know, that every time I say "I've never seen anything like it," here we go. So in the interest of sobriety, I'm not going to use that term.

NORAH O’DONNELL: Well, it is Friday. You've covered presidents and White Houses and people have used salty language. But on the record and against the chief of staff and against the President's chief strategist and used words and talking about like self-fellatio. It’s nothing like something I've ever seen.

SCHIEFFER: You're smiling at the way she expressed it.

KING: Norah's being very diplomatic. A sex act on himself.

SCHIEFFER: What are you talking about?

KING: How is that even physically possible, number one? And number two, when you hear something like that, Bob, are you offended? Are you offended Are you disappointed? Are you saddened by it? Because this is really serious stuff. When you listen to it, the children are listening it and parents are listening. And I think we are the United States of America, using that kind of language from a high ranking White House official.

SCHIEFFER: It is just embarrassing for the nation. And the idea that someone who represents the president of the United States —  I mean, look, my standards are not too high, but I've got some. You know, that kind of talk, you don't hear that behind the chutes at the Fort Worth rodeo.

ROSE: And you've been behind the chutes at the Fort Worth rodeo.

SCHIEFFER: Well, I have. I’ve been to a lot of places, Charlie. But I tell you, I think we’re going to look back on this week and this might be some kind of a turning point.

SCHIEFFER: I tell you, the way Jeff Sessions has been treated, it did not go over well with Republicans in the United States Senate. They don't like it. He gave up a Senate seat to go serve the President. That's an honorable thing to do. And to hang him out to dry like they've done, I think that's had more of an impression than any other thing he's done, and that does not help him. He needs those people.