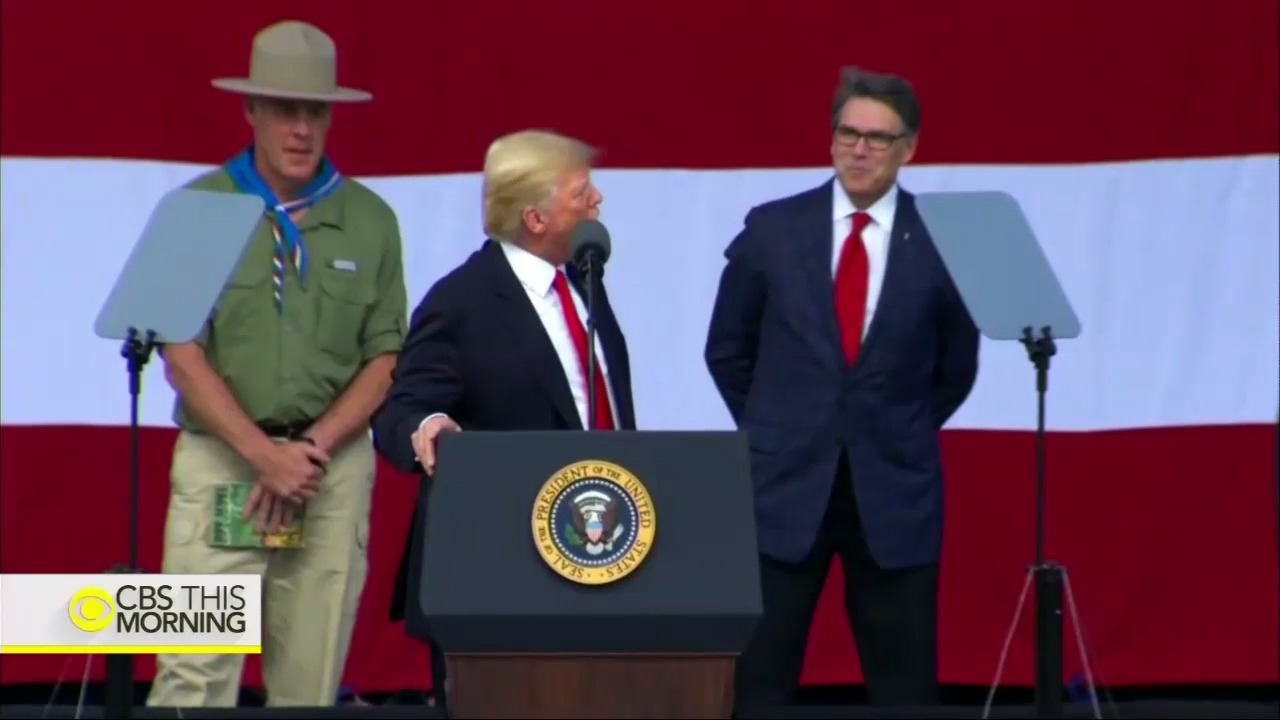 Newsweek, the failing magazine that went digital only and then barely came back to life, on Tuesday delighted in the “left” calling Donald Trump’s speech to the Boy Scouts a “Nazi Hitler Youth rally.”

With little sense that it was outrageous to compare a democratically elected president to genocidal murderers, Newsweek writer Cristina Silva slimed, “Trump, who has attracted support from white nationalists leaders in the past, has repeatedly been compared to a Nazi leader by his critics. The Nazi Party targeted German children to help spread its propaganda messages.”

President Donald Trump brought his bombastic politics to a Boy Scouts event Monday in West Virginia, drawing cheers from the children gathered at the event and prompting comparisons between his rousing rhetoric and Nazi youth rallies from some liberal activists and journalists.

Silva added that the “U.S.A!” chants from the Boy Scouts prompted “some critics of the president, who has the lowest approval ratings in modern history, to compare his rhetoric to the Hitler Youth, a wing of Germany’s Nazi party.”

It wasn’t until the final paragraph that Silva allowed, “Other critics of the Trump administration have said it is offensive to compare the president's politics to Nazi imagery and tactics.”

The full Newsweek headline read, “Trump Boy Scout Speech Is Nazi Hitler Youth Rally, Left Says.” Oh, the left says.” What about when those on the right compared Barack Obama to the Nazis? Liberals suffered a melt down. Chris Matthews decried Hitler comparisons for Obama, but employed them for conservatives.