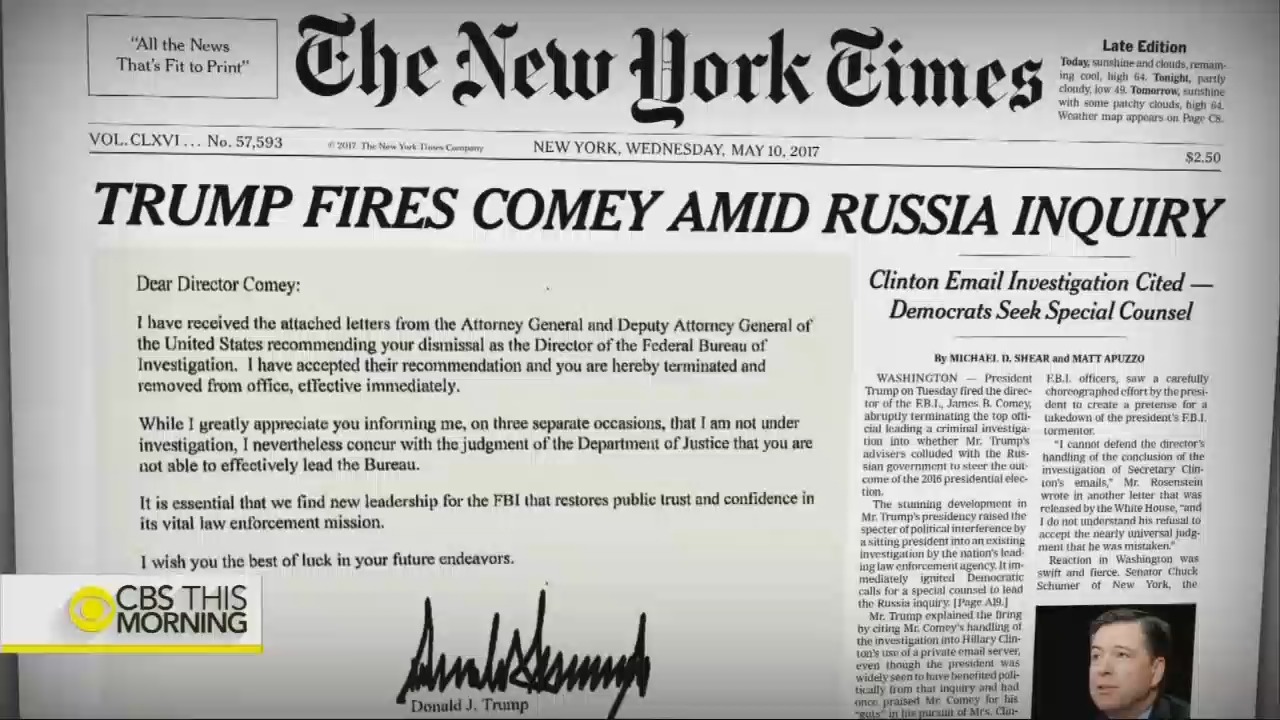 The New York Times went into full apocalypse mode on Wednesday, declaring it “impossible” to believe that FBI Director James Comey was fired for any reason other than he was about to expose one of the “biggest political scandals" ever. Both on the front page and in an editorial, the Times essentially convicted Donald Trump for unspecified Russian crimes.

The top of the fold headline blasted, "President Lands a Punch, and Many Hear Echoes of Watergate." Writer Peter Baker flatly declared, “The Watergate comparison was unavoidable.” Baker dramatically detailed, “In dramatically casting aside James B. Comey, President Trump fired the man who may have helped make him president — and the man who potentially most threatened the future of his presidency.”

Hammering the concept that Trump is the new Nixon who might be impeached, he continued:

Not since Watergate has a president dismissed the person leading an investigation bearing on him, and Mr. Trump’s decision late Tuesday afternoon drew instant comparisons to the “Saturday Night Massacre” in October 1973, when President Richard M. Nixon ordered the firing of Archibald Cox, the special prosecutor looking into the so-called third-rate burglary that would eventually bring Nixon down. 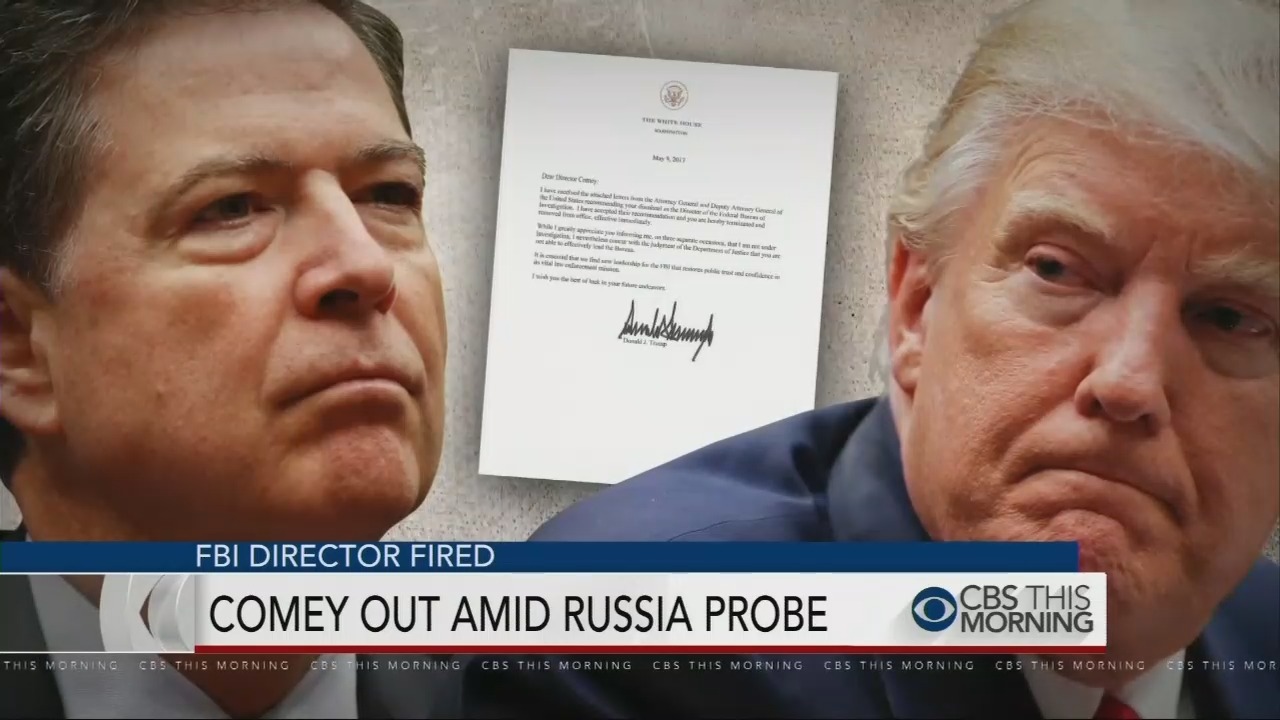 An editorial in the Times simply declared it “impossible” to believe that Comey was fired for an actual legitimate reason:

By firing the F.B.I. director, James Comey, late Tuesday afternoon, President Trump has cast grave doubt on the viability of any further investigation into what could be one of the biggest political scandals in the country’s history.

The explanation for this shocking move — that Mr. Comey’s bungling of the investigation into Hillary Clinton’s private email server violated longstanding Justice Department policy and profoundly damaged public trust in the agency — is impossible to take at face value. Certainly Mr. Comey deserves all the criticism heaped upon him for his repeated missteps in that case, but just as certainly, that’s not the reason Mr. Trump fired him.

Mind reading, the Times insisted, “Mr. Comey was fired because he was leading an active investigation that could bring down a president.”

Rosenstein’s letter is damning as it details the case against Comey. He explained:

The director was wrong to usurp the Attorney General's authority on July 5, 2016, and announce his conclusion that the case should be closed without prosecution. It is not the function of the Director to make such an announcement. At most, the Director should have said the FBI had completed its investigation and presented its findings to federal prosecutors. The Director now defends his decision by asserting that he believed attorney General Loretta Lynch had a conflict. But the FBI Director is never empowered to supplant federal prosecutors and assume command of the Justice Department. There is a well-established process for other officials to step in when a conflict requires the recusal of the Attorney General. On July 5, however, the Director announced his own conclusions about the nation's most sensitive criminal investigation, without the authorization of duly appointed Justice Department leaders.

But for the Times, as well as ABC and CBS, this is Nixon, Watergate and impeachment.