Surprise! NYT Turns to John Dean to Compare Trump to Nixon and Watergate 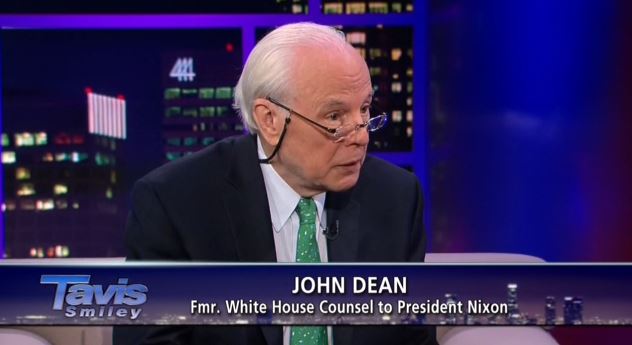 The New York Times on Thursday trotted out liberal favorite John Dean to make the comparison journalists love to hear: (Fill in the blank Republican) is just like Richard Nixon during Watergate. The headline darkly hinted about the connections: “He Has Seen It All Before” and described the ex-White House aide as “an expert on the abuses of presidential power.” Get it? Pretty topical, according to the Times.

The article featured the usual reminiscing of Watergate and Dean’s 1973 testimony to the Senate. Turning to the current administration, he lectured, “Presidents don’t give up powers once they get in there.” Times writer Laura M. Holson parroted, “That is what troubles him about Mr. Trump and his political advisers, among them his chief political strategist, the media executive Stephen K. Bannon.”

During the interview, the journalist recounted the slightest details that could make Trump into Nixon:

A woman brushed past Mr. Dean and spoke in what sounded like a Russian accent. Mr. Dean chuckled and looked at the ceiling. “We are miked and it is going right to Oval Office,” he said.

Of the Trump administration’s alleged ties to Russia, Mr. Dean said: “It is clear that something serious is going on. They are just throwing out every signal. If this was nothing but the witch hunt that Trump claims, you could make it go away in a week.”

Laughably, Holson attempted to spin Dean as some sort of neutral observer:

Mr. Dean, who is not registered with any political party, was not a fan of the Bush presidency, as he made clear in a 2006 book, “Worse Than Watergate: The Secret Presidency of George W. Bush.”

“Not a fan” is an understatement. Dean speculated about impeaching Bush. In 2003, he wrote on Iraq and WMDs:

Nixon claimed that his misuses of the federal agencies for his political purposes were in the interest of national security. The same kind of thinking might lead a President to manipulate and misuse national security agencies or their intelligence to create a phony reason to lead the nation into a politically desirable war. Let us hope that is not the case.