Dan Rather to Write Book on Patriotism, Won’t Skip ‘Sins of Our Nation’ 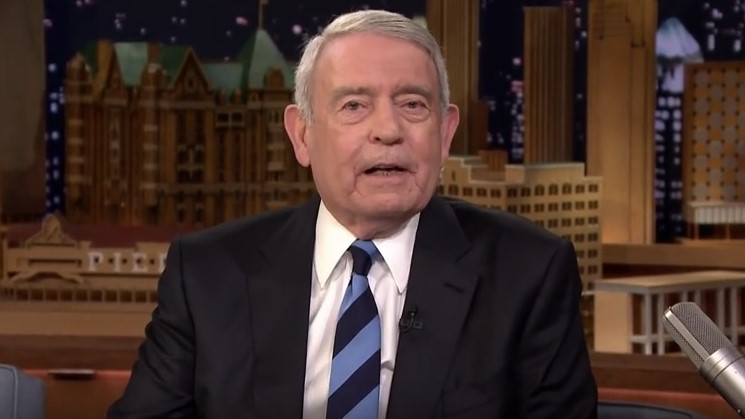 Disgraced former anchor Dan Rather will be writing a new book on patriotism, USA Today reported on Friday. The journalist stressed that the book won’t promote patriotism “as a divisive cudgel.” Instead, he proclaimed on Facebook that it's “a patriotism that will not ignore the sins of our nation, but challenge them honestly and head on.”

Algonquin publisher Elisabeth Scharlatt gushed, “Dan Rather is not just a national treasure. He has become a courageous voice of reason.” At least the USA Today story managed to remind readers that Rather “resigned in disgrace in 2004 from his post as the anchor of CBS Evening News for his role in a hastily-reported and erroneous 60 Minutes story about then-President George W. Bush's National Guard service during the Vietnam War.”

The journalist promised that his patriotism would unite people with “a common purpose.” Lately, his purpose has been nothing more than unhinged Facebook attacks on Donald Trump. On March 6, he warned that those who “normalize” Trump will have to answer for the future.

In February, Rather insisted that Trump’s “lies” could be bigger than Watergate. On March 2, he asserted that the White House's “flames” are “burning down” the “very pillars of our democracy.”

Not exactly bringing the red states and the blue states together. But then again, Rather has always been a partisan. He may not like Trump’s “lies.” However in 2001, he said of Bill Clinton: “I think at core, he's an honest person.... I think you can be an honest person and lie about any number of things."