Time Person of the Year Obama Was ‘Obi-Wan Kenobi’; Trump Is a ‘Demagogue’ 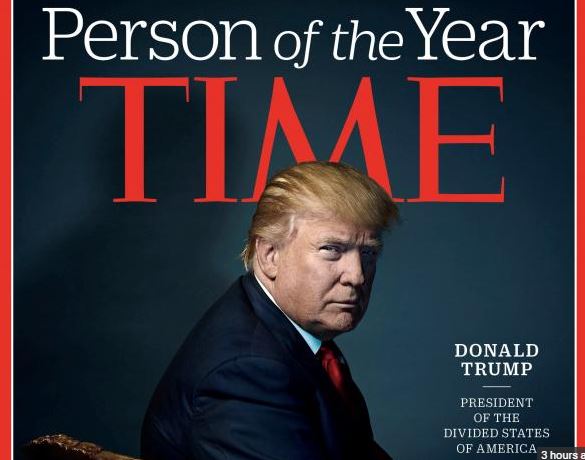 What a difference a Person of the Year can make. In 2008, Time journalists hailed their choice, Barack Obama, as an "Obi-Wan Kenobi" Jedi and cheered, “Why History Can’t Wait.” In contrast, 2016 Person of the Year Donald Trump is an “outlandish” “demagogue.” The Obama cover featured the now cliched hope poster. Trump’s image read, “President of the Divided States of America.”

The December 19, 2016 issue, written by Michael Scherer unloads, “No presidential candidate in American history had done or said so many outlandish and offensive things as Trump. He cheered when protesters got hit at his rallies, used sexist insults for members of the press.”

His rhetoric had in fact opened up a new public square, where racists and misogynists could boast of their views and claim themselves validated. And to further enrage many Americans, Trump regularly peddled falsehoods, without offering any evidence, and then refused to back down from his claims.

The journalist concluded, “This is the method of a demagogue. The more the elites denounced his transgressions, the more his growing movement felt validated.”

Appearing on NBC’s Today, Wednesday, Time editor-in-chief Nancy Gibbs stressed that Person of the Year isn’t necessarily a positive accolade: “Person of the Year, as we always remind people, is the person who has had the greatest influence on events, for better or worse.”

In a companion piece to the main story on Trump, Gibbs sneered that Trump has “echoes of populists past, of Andrew Jackson and Huey Long and, at its most sinister, Joe McCarthy and Charles Coughlin.” This is the same journalist who wrote of Obama in the November 17, 2008 Time: “Some princes are born in palaces. Some are born in mangers. But a few are born in the imagination, out of scraps of history and hope.” 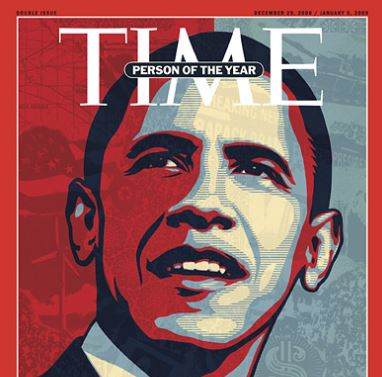 When Obama was awarded the Person of the Year title for the December 29, 2008 issue, it sure seemed like an accolade. That cover story, written by David Von Drehle, lauded the liberal Democrat as a mythic hero:

By now we are all accustomed to that Obi-Wan Kenobi calm, though we may never entirely understand it. In a soothing monotone, he highlights the scariest hairpin turns on his itinerary, the ones that combine difficulty with danger plus a jolt of existential risk.

It's unlikely that you were surprised to see Obama's face on the cover. He has come to dominate the public sphere so completely that it beggars belief to recall that half the people in America had never heard of him two years ago -- that even his campaign manager, at the outset, wasn't sure Obama had what it would take to win the election. He hit the American scene like a thunderclap, upended our politics, shattered decades of conventional wisdom and overcame centuries of the social pecking order.

Von Drehele gushed, “While events undermined those pillars of his candidacy, making Iraq seem less urgent and biography less relevant, Obama has kept on rising. He possesses a rare ability to read the imperatives and possibilities of each new moment and organize himself and others to anticipate change and translate it into opportunity."

The Trump Person of the year story has some positive comments about the businessman. But it’s written by wary, skeptical journalists. The Obama Person of the Year piece was produced by fans who saw the incoming liberal Democrat as a Jedi from Star Wars.