ABC and NBC on Monday and Tuesday ignored an obvious potential conflict of interest for Supreme Court Judge Ruth Bader Ginsburg. The liberal justice told the New York Times that she “can’t imagine Donald Trump as our president” and had nice words for Hillary Clinton. (It must be pointed out that Ginsburg was appointed by Bill Clinton.) Only CBS This Morning on Monday bothered to cover the story — and that was for a scant 20 seconds.

Co-host Gayle King recounted that Ginsburg has “blunt comments about Donald Trump.” Without any judgment, King quickly explained, “She said she cannnot imagine what the country would be under a Trump presidency. Ginsburg believes that her late husband would have said this: ‘Now it's time for us to move to New Zealand.’”

ABC’s Good Morning America, as well as World News Tonight skipped the story on both days. So did NBC’s Nightly News and Today on Monday and Tuesday morning. What if the 2016 election is a replay of the disputed 2000 campaign? That election ended with the Supreme Court making a definitive ruling that impacted the election. Apparently, the journalists at ABC and NBC aren’t interested in this. 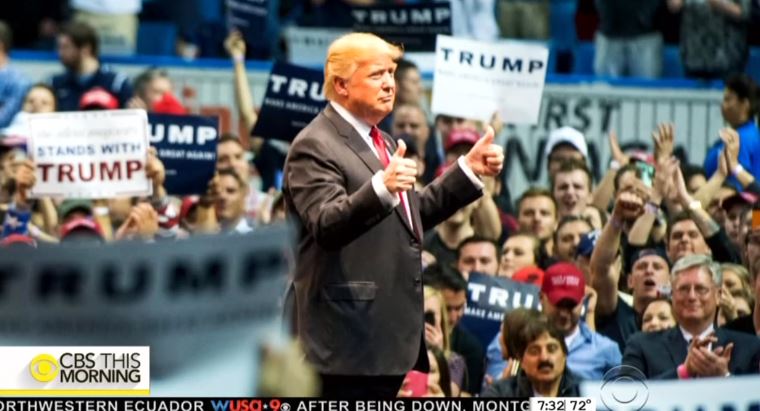 In contrast, the Washington Post put the Ginsburg story on the front page and included this headline: “Did Ginsburg Cross Line With Trump Remarks?” Reporters Aaron Blake and Robert Barnes included conservative complaints:

“I find it baffling actually that she says these things,” said Arthur Hellman, a law professor at the University of Pittsburgh who studies the judiciary. “She must know that she shouldn’t be. However tempted she might be, she shouldn’t be doing it.”

Edward Whelan III, president of the Ethics and Public Policy Center and a former Scalia clerk, has criticized Ginsburg before for her public comments. But he said this one is indefensible.

“I think this exceeds the others in terms of her indiscretions,” Whelan said. “I am not aware of any justice ever expressing views on the merits or demerits of a presidential candidate in the midst of the campaign. I am not a fan of Donald Trump’s at all. But the soundness or unsoundness of her concerns about Donald Trump has no bearing on whether it was proper for her to say what she said.” 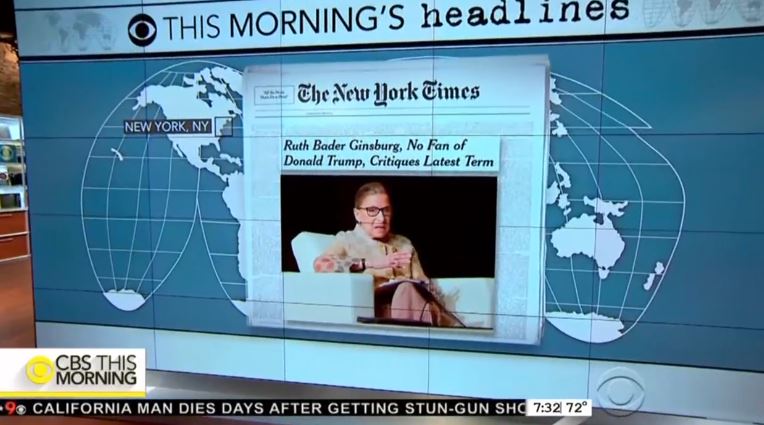 The Post writers added, “Similarly, she told the AP that she assumed Democrat Hillary Clinton — the 83-year-old Ginsburg was nominated to the court in 1993 by President Bill Clinton — would win the November election.”

On Monday's Nightline, ABC ran a silly story by Brian Ross impugning the integrity of the two most conservative Supreme Court justices, for a "judicial junket" in Colorado where at a Federalist Society conference Antonin Scalia played tennis and the acceptance by Clarence Thomas of a NASCAR jacket. Over hidden-camera video of Scalia on a tennis court, Ross stressed how Scalia missed the swearing-in of Chief Justice Roberts and featured law professor Stephen Gillers, "a recognized scholar on legal ethics," as his expert, running seven soundbites from him (compared to just two from a Scalia-defender).

But then, those were conservative justices who had a supposed conflict of interest.

In 2011, the networks ignored calls for the recusal of liberal Supreme Court Justice Elena Kagan as ObamaCare was to be decided. (She advocated for the legislation as Barack Obama’s solicitor general.)

A transcript of the brief CBS This Morning report is below: 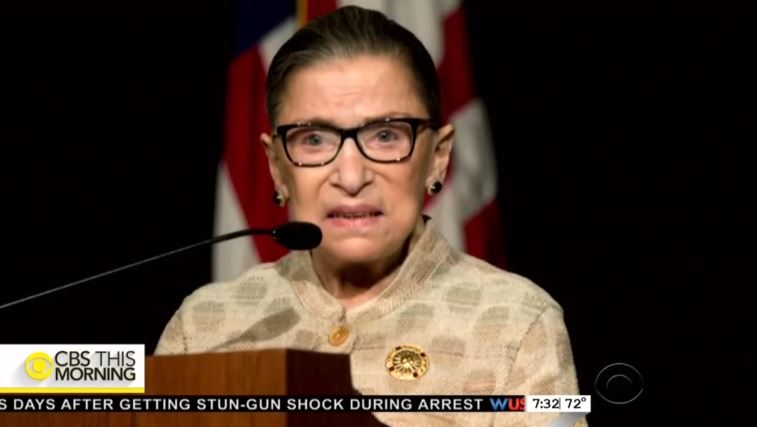 GAYLE KING: The New York Times has Ruth Bader Ginsburg’s blunt comments about Donald Trump. Supreme Court justices are rarely interviewed and the 83-year-old judge was very candid. She said she cannot imagine what the country would be under a Trump presidency. Ginsburg believes that her late husband would have said this, “now it's time for us to move to New Zealand.”