“Scathing.” “Stark.” The network morning shows on Thursday used troubling words for Hillary Clinton as her evolving e-mail scandal has reached a point where even ABC, CBS and NBC find it hard to minimize. All three morning shows trumpeted the news that a State Department inspector general report found Clinton violated federal rules by using a private server.

Good Morning America’s Cecilia Vega fretted, “This certainly does not come at a good time for Hillary Clinton as she struggles with those trust and favorability numbers...” Vega offered this revelation: “Clinton has said her private server was never hacked, but the report claims there was an attempted hack citing multiple staffers who sounded alarms, one instructing the team not to e-mail Clinton anything sensitive.”

Over on CBS This Morning, Charlie Rose blasted, “Hillary Clinton faces a new campaign hurdle for her use of private e-mail as Secretary of State. The State Department's independent watchdog yesterday issued a scathing report. It finds Clinton's e-mail practices violated federal standards.” 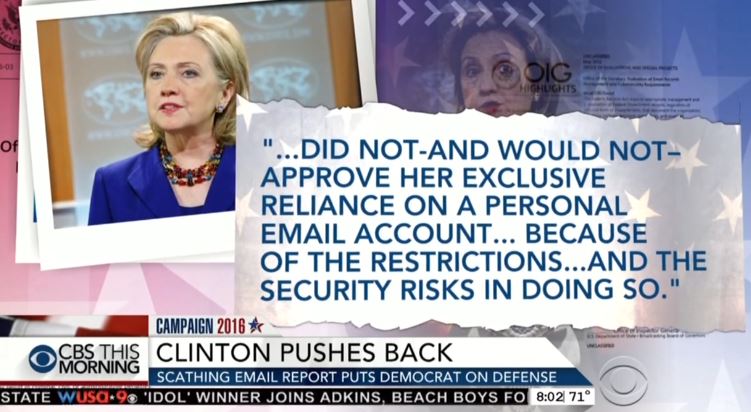 Cordes pointed out Clinton’s old statements, such as this one: “Everything I did was permitted. There was no law, there was no regulation.” The correspondent added, “The [IG] report contradicted that assertion.”

Even the usually Clinton-friendly Andrea Mitchell on Today offered dour news: “The State Department report, Matt, undercuts key arguments that Hillary Clinton has been making for more than a year, even as she's trying to persuade voters that she is not untrustworthy. Hillary Clinton, grappling with the growing political fallout over her e-mails.” 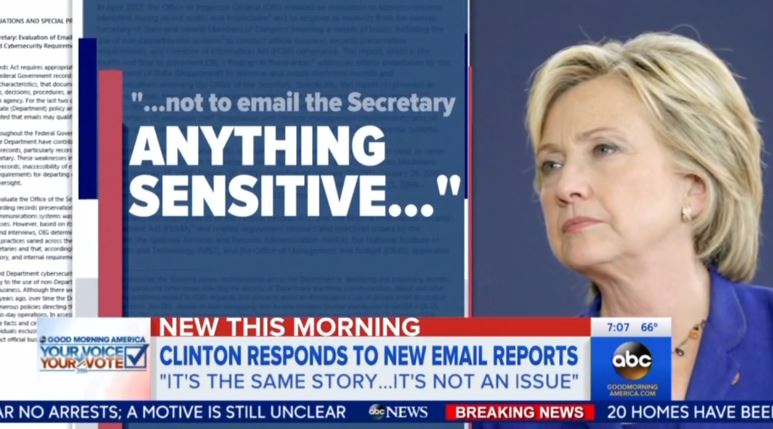 Of course, the networks threw a lifeline to another prominent Democrat. There was no mention of Barack Obama in these stories. After all, this is his State Department. As CNN’s Jake Tapper noted in March, Obama’s administration has not been open or transparent when it comes to openness or transparency.

Additionally, the obvious follow-up question is how long will journalists continue this level of intense interest in Clinton’s e-mail scandal? Will they follow-up and keep reporting? 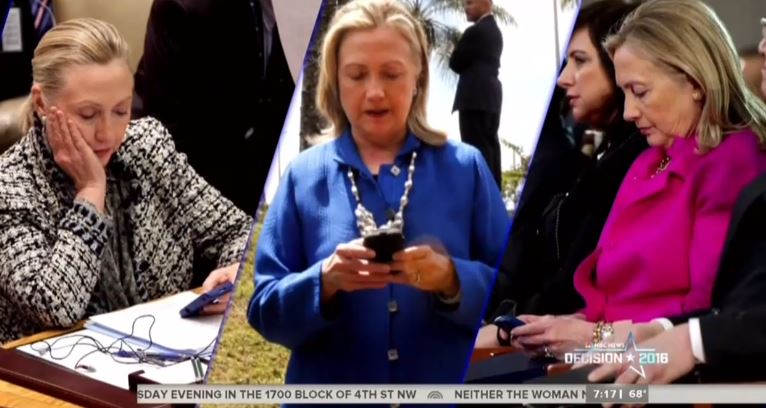 SAVANNAH GUTHRIE: And Hillary Clinton on the defensive once again over her e-mails after a State Department report comes down hard.

MATT LAUER: Now to Hillary Clinton and the e-mail scandal that just won't go away. This morning, a blistering new review of her use of a private server. NBC's Andrea Mitchell has that part of the story. Andrea, good morning to you.

ANDREA MITCHELL: The State Department report, Matt, undercuts key arguments that Hillary Clinton has been making for more than a year, even as she's trying to persuade voters that she is not untrustworthy. Hillary Clinton, grappling with the growing political fallout over her e-mails, from her rival Donald Trump.

MITCHELL: To Bernie Sanders, who once defended Clinton over the e-mail controversy.

BERNIE SANDERS: The American people are sick and tired of hearing about your damn e-mails.

MITCHELL: Sanders' campaign now refusing to throw Clinton a lifeline, saying "The IG report speaks for itself." The scathing report taking aim at Clinton for using only a private home e-mail server as secretary of state. The key findings, no evidence Clinton requested or obtained permission to use a private server. And the report says Clinton violated federal rules by not turning over all official e-mails before she left office, concluding, “sending e-mails from a personal account to other employees is not an appropriate method of preserving e-mails.” Despite Clinton telling NBC News her system was fully aboveboard.

HILLARY CLINTON [SEPTEMBER 4, 2015]: People knew I was using a personal e-mail. I did it for convenience. I sent e-mails that I thought were work related to people's .gov accounts.

MITCHELL: In fact, Clinton knew as early as 2010 that her e-mails were not all saved for the record. The report also reveals a new e-mail exchange between Clinton and her top aide Huma Abedin over whether Clinton should get an official State Department e-mail address or provide her private address to the department. Abedin, “We should talk about putting you on State e-mail or releasing your e-mail address to the department so you are not going to spam.” Clinton's response, “Let's get separate address or device but I don't want any risk of the personal being accessible.”

The report also calls the private server’s security into question, noting it was shut down twice on one day in 2011 after the Clinton's computer security adviser feared the system had been hacked, though he said, “They did not get in.” Later warning Abedin not to e-mail Clinton “anything sensitive.”

House Speaker Paul Ryan arguing the report “underscores what we already know about Hillary Clinton: She simply cannot be trusted.” Clinton responding late Wednesday, telling Univision, “I have turned over all my e-mails. No one else can say that. I have been incredibly open about doing that. I will continue to be open and it's not an issue that’s going to affect either the campaign or my presidency.”

Clinton was the only former secretary of state refusing to be interviewed by the investigators. Her campaign says that’s because she thought it was more important to talk first to the FBI, to the Justice Department, also investigating. They've not yet scheduled that interview. Matt, Savannah and Al?