All three network morning shows on Thursday covered the breaking news that Defense Secretary Ash Carter used private e-mails for government work. But only ABC deemed it an “embarrassment” for Barack Obama himself. Good Morning America’s Mary Bruce asserted, “This is no question this is an embarrassment for the White House and will likely draw attacks from Republicans who say the administration isn't doing enough to safeguard sensitive information.”

In a follow-up report, Amy Robach called the news that Carter used a public account “another embarrassment for the Obama administration.” CBS This Morning and NBC’s Today did highlight the comparison to Hillary Clinton’s use of private e-mail and a private server, but didn’t see this as a black eye for the President.

CBS This Morning co-host Charlie Rose reminded viewers that “Hillary Clinton faced heavy criticism for using her personal e-mail when she was Secretary of State.” In an interview with Carter, reporter Charlie D’Agata wondered, “Had you continued using that personal account even after the scandal or controversy about Hillary Clinton blew up?” Explaining his actions, Carter conceded: 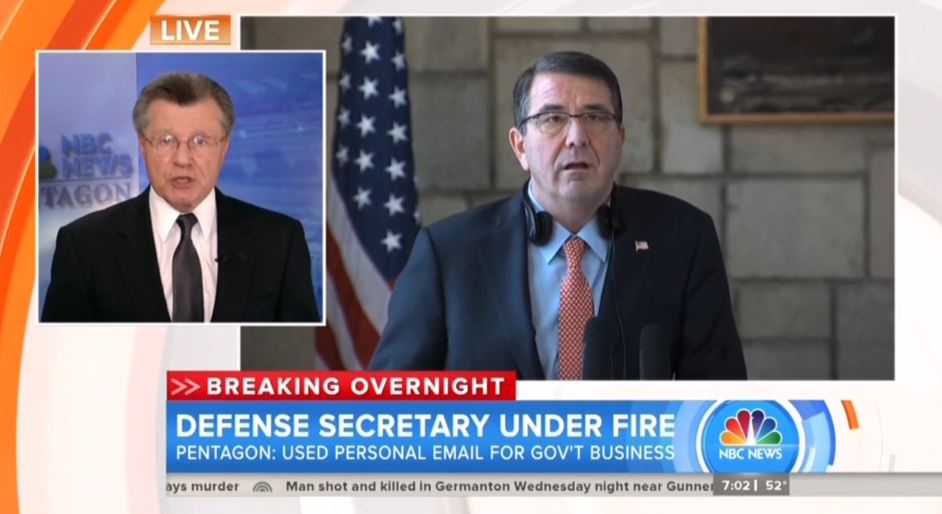 ASH CARTER: What I did that I shouldn't have been doing until a few months ago, was I occasionally used my iPhone to send administrative messages. There’s no classified information backed up in records, but to my immediate staff. And even that I shouldn't have been doing. And when with I realized that, I stopped. But this is — I have to hold myself to absolutely strict standards in terms of cyber security and doing things that are appropriate. I didn't in this case. It's a mistake and it's entirely my own. 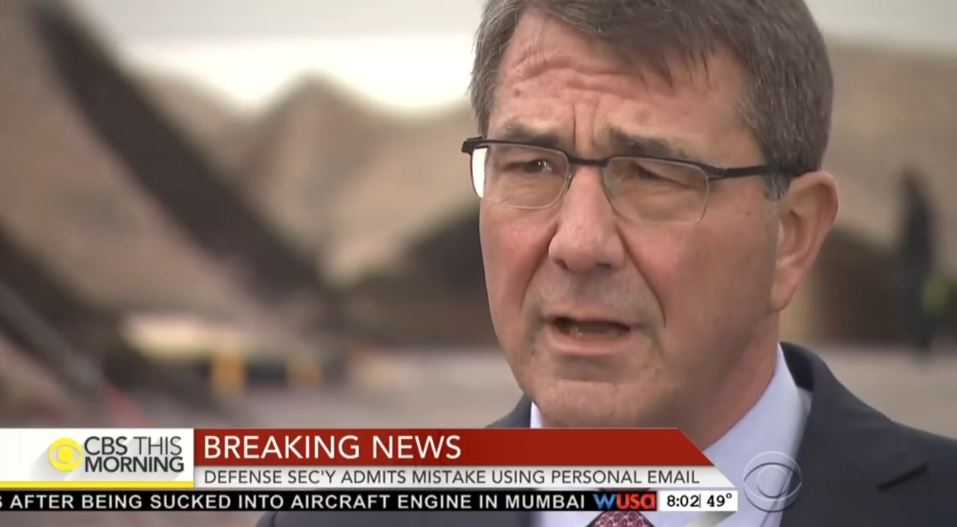 Over on Today, Savannah Guthrie noted that Carter kept up the practice “even as the Hillary Clinton e-mail scandal was unfolding.” Reporter Jim Miklaszewski marveled, “Given the recent uproar over doing official government business on your own personal e-mail, it's difficult to imagine that any top government official would actually do that.”

But neither Today nor This Morning used the tough “embarrassment” language that ABC employed. They also avoided blaming the Obama administration.

A transcript of GMA’s December 17 coverage can be found below: 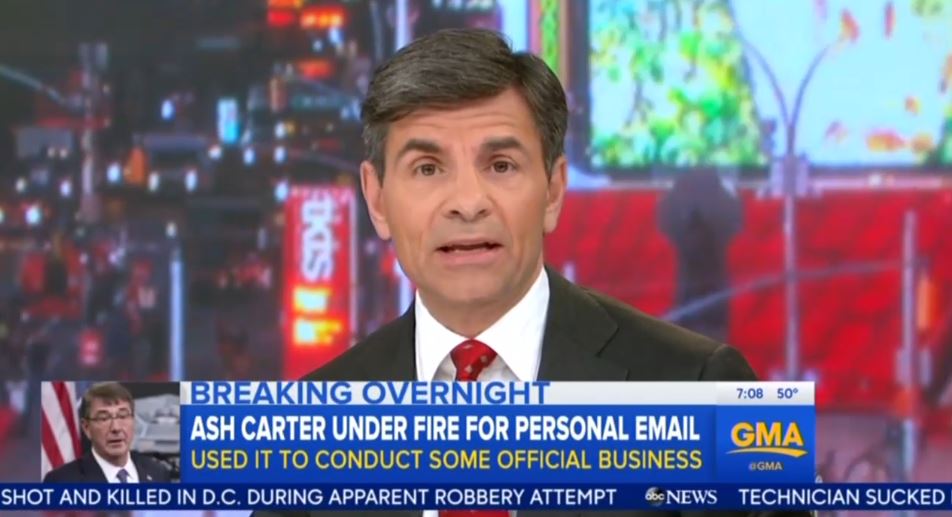 ABC GRAPHIC: Ash Carter Under Fire for Personal Email: Used it to Conduct Some Official Business

GEORGE STEPHANOPOULOS: There are new e-mail questions for a member of the Obama cabinet. Defense Secretary Ash Carter used a personal account for public business for several months after taking over at the Pentagon. He now says that was a mistake and ABC's Mary Bruce is in Washington with the story. Good morning, Mary.

MARY BRUCE: Hi. Good morning, George. Well, Defense Secretary ash Carter admits he made a mistake, breaking Defense Department rules by using his personal e-mail for official business, even as Hillary Clinton was coming under fire for doing the same thing as Secretary of State. Carter has now stopped using the account and even gone further, limiting his use of e-mail altogether. The Pentagon says Carter never sent classified information over the personal account and the secretary is confident his work-related e-mails have been preserved. Carter now faces this controversy as he visits commanders in Iraq. This is no question this is an embarrassment for the White House and will likely draw attacks from Republicans who say the administration isn't doing enough to safeguard sensitive information. George.

STEPHANOPOULOS: Not what they want right now. Okay, Mary, thanks very much.

AMY ROBACH: Another e-mail embarrassment for the Obama administration. Defense Secretary Ash Carter used his private e-mail account for government business when he first became secretary. He now admits that was wrong.