All three network newscasts on Monday and Tuesday ignored the shocking assertions made by a whistleblower who told Fox News that special forces could have responded to the 2012 terrorist attack on Benghazi. He also claimed that the United States knows who perpetrated last year's assault on the U.S. embassy. Fox News's Adam Housley interviewed a man he described as a "special ops member who watched as the deadly attack on the U.S. Consulate in Benghazi unfolded."

On Tuesday's Special Report, Housley claimed, "However, multiple sources tell Fox News that the U.S. has identified the mastermind of the Benghazi attack who was still in Libya and walks free." [See video below. MP3 audio here.] The whistleblower insisted the reason the Obama administration hasn't acted is because "we basically don't want to upset anybody." The operative flat-out declared, "We have all the capability, all the training, all the capacity to kill and capture that only terrorist involved with the specific events of 9/11 and Ambassador Stevens' death." Yet, ABC, CBS and NBC have, thus far, ignored the story.

Housley's interviews appeared on Monday and Tuesday's Special Reports. In an online version of the story, he recounted: 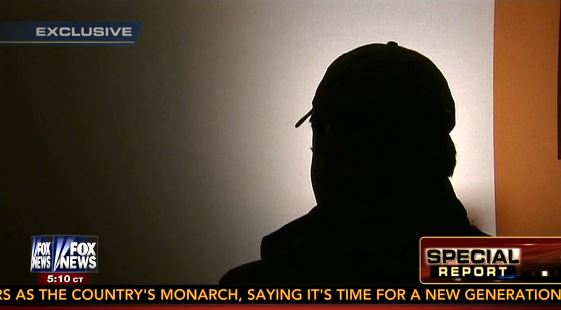 Speaking on condition of anonymity, and appearing in a Fox News Channel interview with his face and voice disguised, the special operator contradicted claims by the Obama administration and a State Department review that said there wasn’t enough time for U.S. military forces to have intervened in the Sept. 11 attack in which U.S. Ambassador to Libya Chris Stevens, an embassy employee and two former Navy SEALs working as private security contractors were killed.

"I know for a fact that C-110, the EUCOM CIF, was doing a training exercise in … not in the region of North Africa, but in Europe," the operator told Fox News' Adam Housley. "And they had the ability to act and to respond."

Over the last several weeks, the three networks ignored or downplayed important stories such as the Gosnell abortion trial. Will they cover this one?

A transcript of the April 30 segment can be found below:

BRET BAIER: President Obama promised to get to the bottom of the Benghazi attack. So, why are the perpetrators still free? Correspondent Adam Housley has part two of our exclusive investigation.

OBAMA: Make no mistake. Justice will be done. 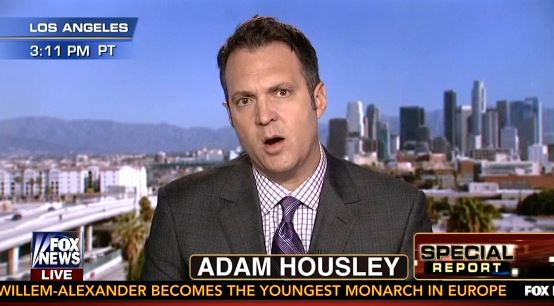 ADAM HOUSLEY: Seven months and still no arrest or targeted killings after the brutal attack on two U.S. locations in Benghazi, Libya, killing four Americans despite promises that those responsible would be hunted down and held accountable. However, multiple sources tell Fox News that the U.S. has identified the mastermind of the Benghazi attack who was still in Libya and walks free.

UNIDENTIFIED MALE: We basically don't want to upset anybody. And the problem is, if Ambassador Stevens' family knew that we were sitting on information about the people who killed their son, their brother, and we could look them as a government in the face, then we're messing up. We're messing up.

HOUSLEY: Fox News spoke exclusively with this special operator who watched the events unfold in real-time and has debriefed those who were part of the response. He remains anonymous for his safety and has decided to talk because he says he and others connected with the September 11th attacks of Benghazi are frustrated with the excuses, lies, and lack of a military response since Ambassador Chris Stevens and three other Americans were killed.

UNIDENTIFIED MALE: We have all the capability, all the training, all the capacity to kill and capture that only terrorist involved with the specific events of 9/11 and Ambassador Stevens' death, but terrorists who are feeding other regions, including Europe that eventually could affect our national security in the short-term. We're not talking midterm or long term. This is a short-term.

HOUSLEY: The community is pretty frustrated?

HOUSLEY: Another threat, a larger terrorist haven that continues to build in parts of Libya and North Africa. Those working the region in the enters (ph) of United States security plainly the ball is being dropped by top leaders at the White House, Pentagon, and State Department.

UNIDENTIFIED MALE: The second highest population of foreign fighters in the war in Iraq came from Benghazi, second to Saudi Arabia. So, we're talking about historic location and region that has fed foreign fighters to kill Americans and kill other coalition forces the analysts, the intelligence experts that I work with all say the same thing that if we just ignore the situation as it presents itself, eventually, another invasion will have to take place for us to eventually turn the tide.

HOUSLEY: He says the region also remains a weapons hub. After the overthrow of former leader, Moammar Gadhafi in 2011, which saw massive stockpiles of weapons in Libya move freely across the Mediterranean and in many cases in the Syria.

Well, the U.S. has claimed a more active role to find and remove an estimated 20,000 shoulder launched missiles called man pads, some Americans working the area say they're not allowed to take or even destroy the missiles because they have not been given the authority from their chain of command.

HOUSLEY (on-camera): Is it a little frustrating knowing that these friendly forces, potential friendly forces or friendly people on the ground there were willing to pass along something that could fall into the hands of an adversary, and there was no plan in place to do it?

UNIDENTIFIED MALE: It was frustrating not only for myself before the men and the guys that I work with. We always talk amongst each other and discuss that, you know, it's probably going to take a 747, a 757 to get shot down in Tripoli for somebody to pay attention to that, which is unfortunate.