What Objectivity? Three ABC Co-Hosts to Appear at a Political Fund-Raiser for Gay Rights

Apparently, objectivity just isn't needed on some issues. On March 16th, Good Morning America's Josh Elliott, Sam Champion and Lara Spencer will co-host the 24th annual Gay & Lesbian Alliance Against Defamation (GLAAD) awards. The event will honor another journalist, Anderson Cooper, for being "an advocate for the LGBT community."

This isn't the first time Elliott, supposedly a neutral journalist, has appeared at the GLAAD event. On March 24, 2012, the anchor accepted a media award and declared of ABC: "I'm proud to work at a place that believes in advocacy journalism!" Elliott fawned over the group, saying "I will never be in a braver room than this!" (As if it's tough to be in a place where everyone has the exact same opinion as you.)

Sam Champion, GMA's weatherman, is openly gay and celebrated his December 2012 wedding on the program. Spencer cheered that and touted this example of gay marriage as "uncontroversial."

GLAAD's website proclaims, "Held in New York, Los Angeles and San Francisco with over 5,000 attendees, the GLAAD Media Awards bring celebrities, corporate partners, media professionals, and young adults together in support of GLAAD’s mission to amplify the voice of the LGBT community and achieve full equality!" 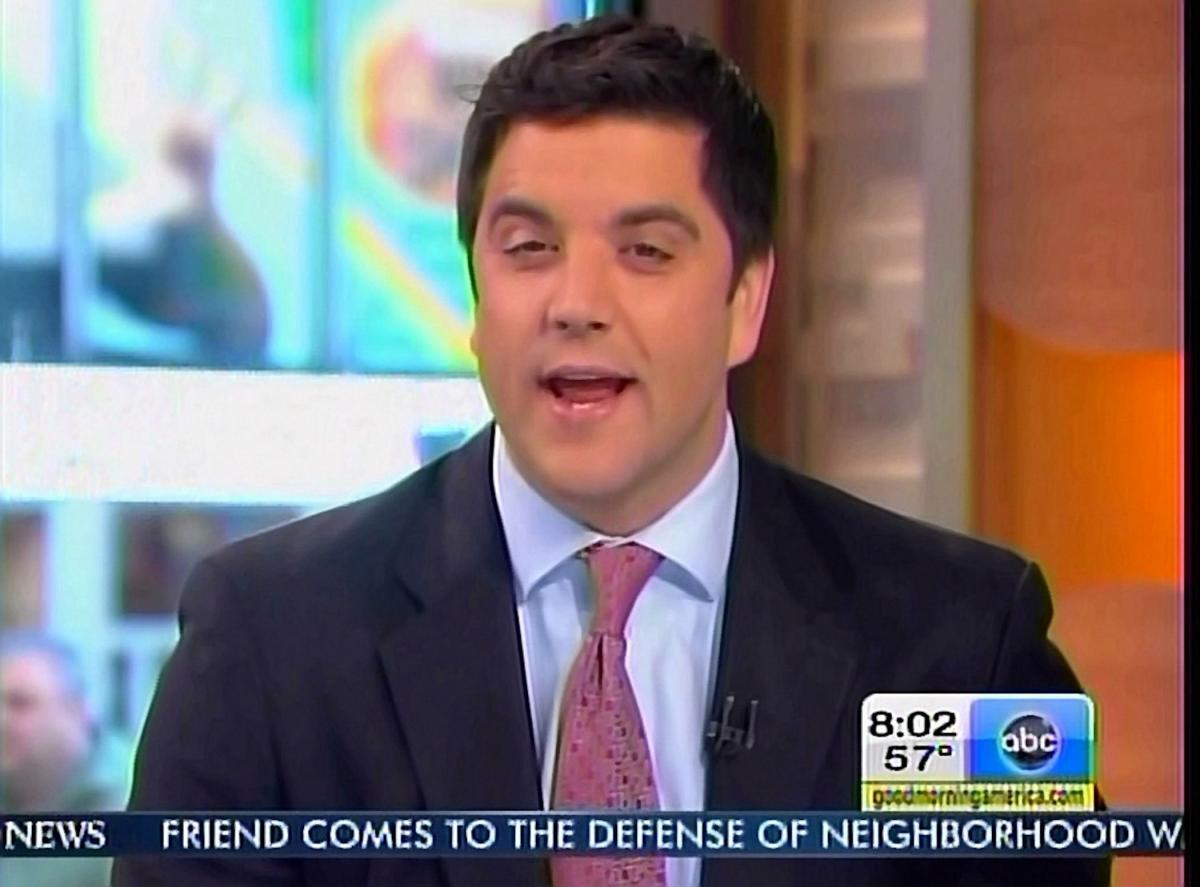 It should be pointed out that GLAAD's dinner is a fund-raiser. Tickets go for as much as $5000. Apparently, political advocacy is fine at ABC, so long as it's the right cause.

Would ABC journalists so freely appear at an anti-abortion fund-raiser? It doesn't seem likely.

Perhaps it's not surprising that GMA contributors would host the dinner. The show itself is up for an award for co-host Robin Roberts's interview with Barack Obama. On that May 10, 2012 program, the co-host announced she got "chills" just hearing the President flip on gay marriage.