The Washington Post film review of the new conservative documentary 2016 mocked the movie as a "fear-mongering" "infomercial" that is too opinionated. The same paper, however, gushed over the "emotional power" of liberal filmmaker Michael Moore's Fahrenheit 9/11, praising it as a "cultural juggernaut."

2016 reviewer Michael O'Sullivan knocked the "slick infomercial," deriding, "As these things go, the movie seems destined to irritate the president’s supporters while mobilizing his detractors, even as it is doomed to win precious few converts. It’s a textbook example of preaching to the choir." In contrast, Fahrenheit 9/11 critic Desson Thomson defended, "Documentaries aren't news articles; they're subjective points of view, which is why Moore has almost endless fun at the president's expense." 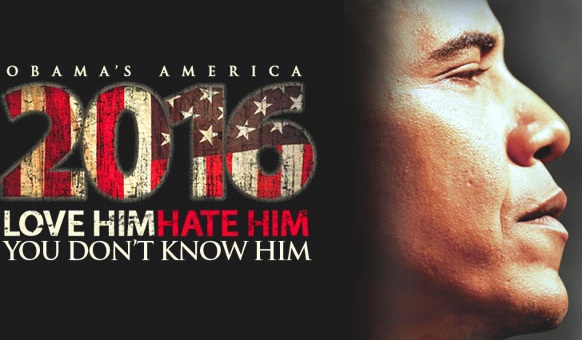 Thomson explained away the hard-left tilt of Moore's movie this way:

What counts is the emotional power of Moore's persuasion. With a combination of events and facts that we have already learned, and some that we haven't, Moore puts it all together. You can understand the thread of his argument, even if you disagree.

In comparison, O'Sullivan huffed that 2016 is "anything but crude. The best infomercials rarely are."

The conservative documentary, written and directed by author Dinesh D'Souza, argues that Barack Obama is anti-capitalist and anti-American. The Post's film critic attacked:

Why is the film called “2016”? D’Souza’s one-sided argument ultimately stoops to fear-mongering of the worst kind, stating in no uncertain terms that, if the president is reelected, the world four years from now will be darkened by the clouds of economic collapse, World War III (thanks to the wholesale renunciation of our nuclear superiority) and a terrifyingly ascendant new “United States of Islam” in the Middle East. These assertions are accompanied by footage of actual dark clouds and horror-movie music.

Highlighting key scenes in Fahrenheit 9/11, Thomson praised, "Moments like this mark 'Fahrenheit 9/11' as a potential cultural juggernaut -- a film for these troubling times."

Apparently, one-sided documentaries are only a problem if they're conservative.