MSNBC Campaign Documentary to Be Hosted by Objective, Balanced...Chris Matthews?

MSNBC will be producing campaign documentaries on Barack Obama and Mitt Romney. Romney's special will be hosted by Republican skeptic Chuck Todd. Obama's doc will be in the hands of liberal anchor Chris Matthews. Even the titles are biased. According to TV Newser, Romney's program is titled, "Mitt Romney: The Making of a Candidate." Obama's? "Barack Obama: Making History."

Can anyone spot the difference? A press release promises that the documentaries will take "audiences undercover to investigate in-depth some of the most important stories of our time. " While Todd has been tough on Romney, Matthews famously told the world that Obama caused a "thrill going up my leg." 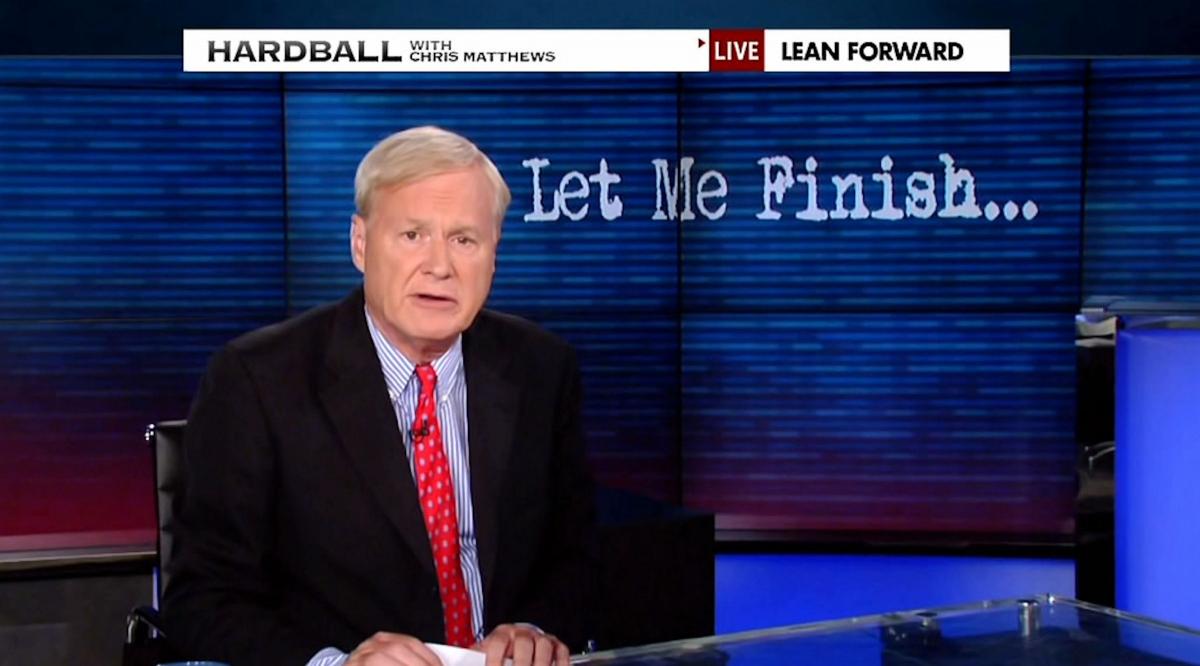 So, while Obama's host thinks he's perfect, Romney must deal with a journalist who's attacked him. On June 12, 2012, Todd warned viewers, "if he wins in November, Romney could very well be the least transparent president in a generation." 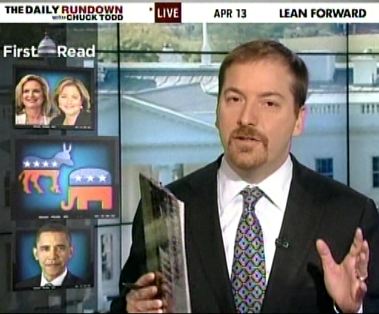 On April 13, 2012, after Obama supporter Hilary Rosen attacked Ann Romney for being a stay-at-home mom, Todd jumped to the defense of the President, dismissing the "manufactured" controversy eight times in one segment.

Matthews' last MSNBC documentary was a slobbering program on Bill Clinton entitled "President of the World."

The press release info on both shows:

“Mitt Romney: The Making of a Candidate,” produced by MSNBC’s Long Form team, follows the former Massachusetts governor through the trials and tribulations of a prolonged 2012 Presidential primary season as he eventually emerges as the soon-to-be Republican nominee for President of the United States. The one-hour special features an exclusive one-on-one interview with the candidate while on the campaign trail, conducted by “Daily Rundown” host and veteran campaign reporter Chuck Todd. The documentary examines Romney’s coming of age; the role of the Mormon religion in his life; his rise as a successful businessman and politician as well as his relationships with his family and staff. Key people interviewed for the hour were drawn from all phases of Romney’s life – a high school classmate, Sidney Barthwell; a close campaign advisor from his 1994 run against Ted Kennedy, Rick Reed; a Bain partner, Geoffrey Rehnert; Governors Tom Kean (R-NJ) and Bill Weld (R-Mass.) and Romney advisors Sen. Jim Talent (R-Mo.) and Dan Senor.

“Barack Obama: Making History,” produced by Peacock Productions and hosted by Chris Matthews, features high-profile interviews that are a signature of Matthews’ smart reporting. The one-hour documentary places President Obama’s election and presidency into a thoughtful historical perspective, examining his rise to the highest office in the land and highlighting what President Obama has accomplished during his first term and what he has yet to accomplish going forward. “Hardball” host Chris Matthews interviewed key players in the Obama story including Vice President Joe Biden, Obama Campaign Advisor David Axelrod and Caroline Kennedy, among others.