The CBS and NBC morning shows on Thursday both highlighted a massive show of support for Chick-fil-A, but failed to explain one of the underlying reasons for the protest: An expression of solidarity by many Americans for free speech against government bullying.

While ABC's Good Morning America completely ignored the sizable effort that saw long lines at Chick-fil-As around the country, CBS This Morning anchor Charlie Rose simplified, "For many religious conservatives, Chick-fil-A was the place to be Wednesday. Thousands went there to eat and to make a statement - a statement against same sex marriage." Many Americans did go as a show of support for traditional marriage, but some went to protest mayors in Chicago, Boston and San Francisco who threatened or bullied the conservative chain. 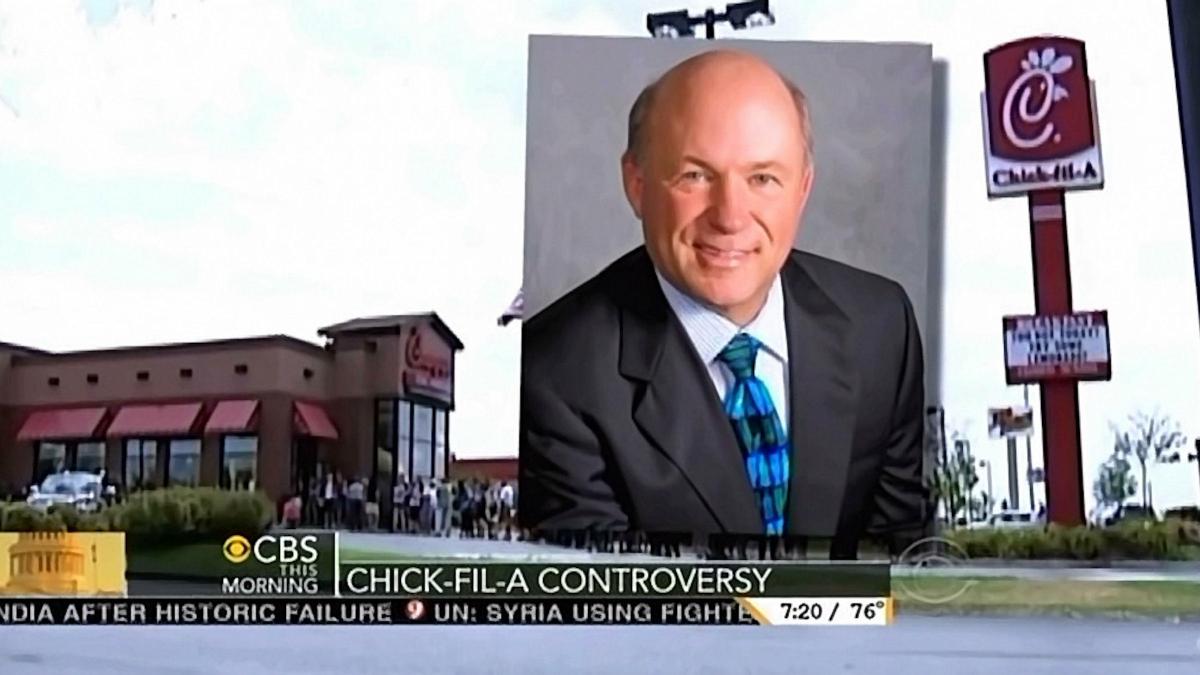 On NBC's Today, Natalie Morales insisted that Wednesday was a show of "support for the restaurant chain after its president took a public position against same-sex marriage, saying he supports, quote, 'the biblical definition of the family unit.'"

Yet, when CBS reporter Manuel Bojorquez explained liberal opposition to Chick-fil-A, he was vague: "Gay rights advocates called for a boycott. The mayors of Boston and Chicago also took a stand."

They "took a stand"?

Bojorquez then played a clip of Chicago Mayor Rahm Emanuel lecturing that Chick-fil-A's values were "not what the people of the City of Chicago believe." 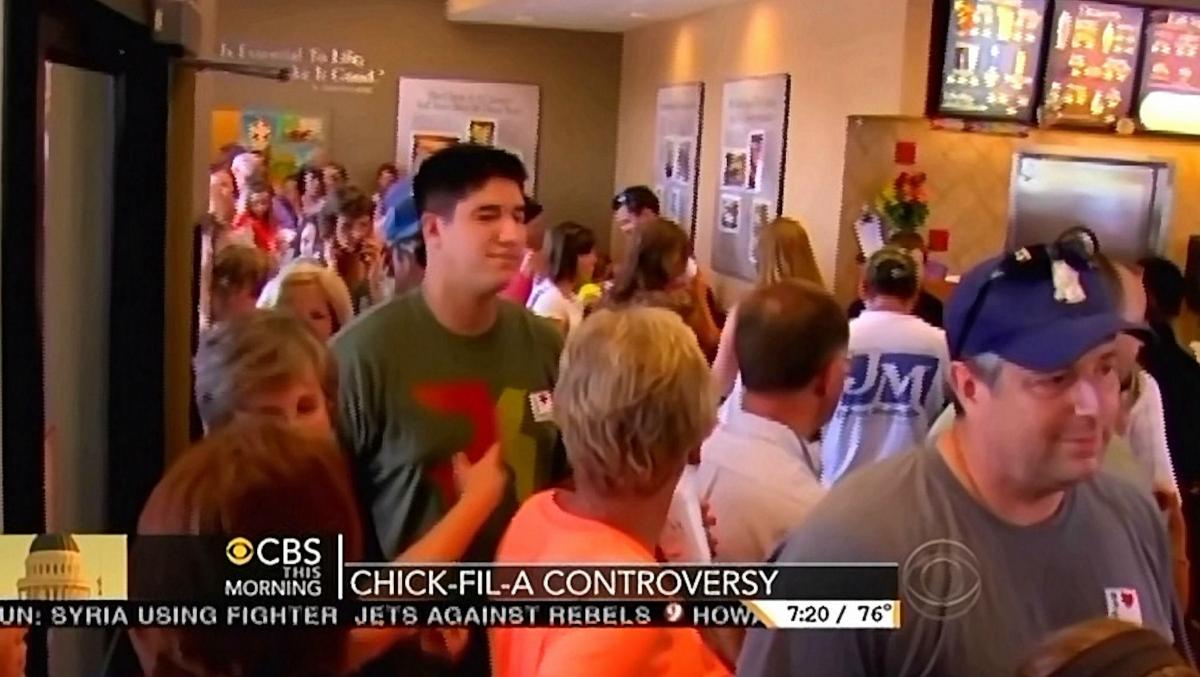 Neither Bojorquez nor Morales emphasized that these mayors were looking to use the force of law to enforce disgust with the values of Chick-fil-A's CEO.

Boston Mayor Thomas Menino originally said he would make it "very dificult" for Chick-fil-A to obtain licenses in Boston. Emanuel, who has an almost ten percent unemployment rate in his city, expressed similar sentiments.

San Francisco Mayor Ed Lee tweeted a threat to Chick-fil-A: "I strongly recommend that they not try to come any closer."

A transcript of the August 2 CBS This Morning segment can be found below:

UNIDENTIFIED MAN 3: I just want to take a stand on God's word, and come here and have a meal. So, that's it.

KING: We'll look at Chick-fil-A Appreciation Day and the response from gay rights supporters on 'CBS This Morning.'

CHARLIE ROSE (teaser): For many religious conservatives, Chick-fil-A was the place to be Wednesday. Thousands went there to eat and to make a statement - a statement against same sex marriage. We'll hear from some of them on 'CBS This Morning.'

ROSE: You may have seen longer lines than usual at Chick-fil-A on Wednesday. Thousands of people flocked to its 1,600 restaurants to support the head of the company.

GAYLE KING: As Manuel Bojorquez reports, he continues to come under fire for his opposition to same-sex marriage.

MANUEL BOJORQUEZ (voice-over): From South Carolina to Texas and Ohio, Chick-fil-A supporters turned out in force Wednesday to stand up for the fast food chain.

BOJORQUEZ: But it wasn't just about the chicken.

UNIDENTIFIED MAN 2: Marriage is between one man and one woman.

BOJORQUEZ: Many showed up to back Dan Cathy, Chick-fil-A's president and COO. He ignited a firestorm back in June when he spoke out against same-sex marriage.

DAN CATHY, PRESIDENT & COO, CHICK-FIL-A (from June 16, 2012 interview on "The Ken Coleman Show"):  I think we're inviting God's judgment on our nation when we shake our fists at him and say, you know, we know better than you as to what constitutes a marriage.

BOJORQUEZ: Gay rights advocates called for a boycott. The mayors of Boston and Chicago also took a stand.

RAHM EMANUEL, CHICAGO MAYOR (from July 25, 2012 press conference): It's not what I believe, but it's – more importantly, it's not what the people of the City of Chicago believe.

UNIDENTIFIED MAN 3: This is where I just wanted to take a stand on God's word, and come here and have a meal. So, that's it.

BOJORQUEZ: Huckabee put in his order; so did other conservatives, including Congresswoman Michele Bachmann and Senator Lindsey Graham. Sarah Palin even went last week, then again Wednesday.

PALIN: In Phoenix, where there's good Chick-fil-A. I can't wait to eat those waffle fries and spicy chicken.

BOJORQUEZ: But Dominick Alvarado, who is gay, feels the tide may turn against the chain.

BOJORQUEZ (off-camera): You think this will hurt the chain in the long run?

DOMINICK ALVARADO, GAY RIGHTS SUPPORTER: I think so, yeah – because more people today are more accepting of gay rights and, just, rights for everybody.

BOJORQUEZ (on-camera): Supporters of same-sex marriage plan to counter. They say they will hold a national kiss-in campaign at Chick-fil-A restaurants on Friday. For 'CBS This Morning,' I'm Manuel Bojorquez, Dallas.