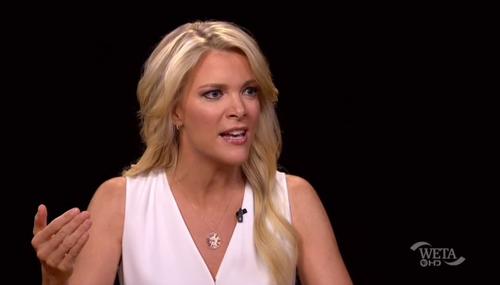 Megyn Kelly Hits Back at Feminists for Treatment of Conservatives

Curtis Houck
October 8th, 2015 1:31 PM
During a fascinating and wide-ranging interview on the Wednesday edition of Charlie Rose’s PBS show, Fox News Channel (FNC) host Megyn Kelly pushed back at liberal feminists and the very label for their complete double standard in the treatment of conservative and pro-life women (and specifically Sarah Palin). The issue came up when Rose asked Kelly if she was an advocate like many of… 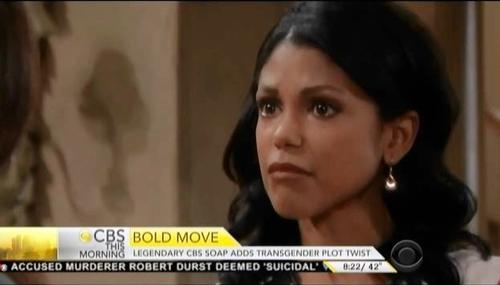 CBS Congratulates Itself For Its 'Bold' Transgender Soap Opera Move

Matthew Balan
March 19th, 2015 1:07 PM
Thursday's CBS This Morning celebrated the introduction of a transgender character to its network's long-running soap opera, The Bold and the Beautiful. Jeff Glor trumpeted the "'bold' move for daytime drama," and hyped how "the fictional plot twist on a CBS soap that is starting a real conversation about tolerance." The morning newscast touted actress Karla… 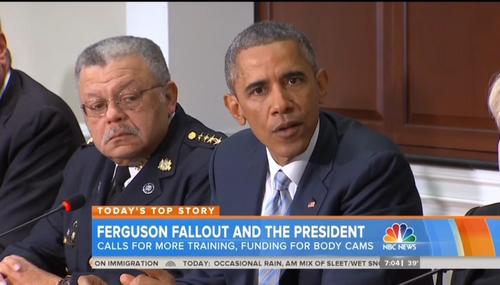 Jeffrey Meyer
December 2nd, 2014 11:00 AM
On Monday, President Obama hosted “activists and officials including police” for a summit in the wake of the Michael Brown shooting. Following the event, all three network morning shows gave the White House event ample publicity during their Tuesday morning broadcasts. While the “big three” (ABC, CBS, and NBC) networks did their best to promote President Obama’s… 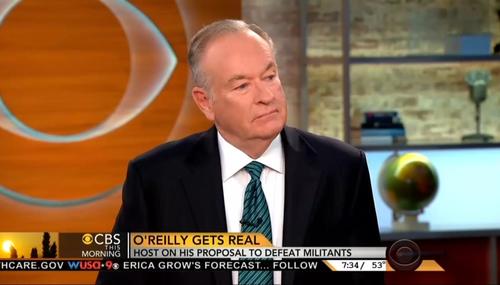 Gayle King To O’Reilly: Why Do You Say Things With Such Certainty?

Jeffrey Meyer
September 23rd, 2014 11:12 AM
Fox News host Bill O’Reilly appeared on Tuesday’s CBS This Morning to promote his latest book “Killing Patton” and was met with a barrage of questions for insisting that a mercenary army needs to be established to defeat the terrorist group ISIS. During the interview, O’Reilly maintained that we need a 25,000 “man force to be deployed to fight on the… 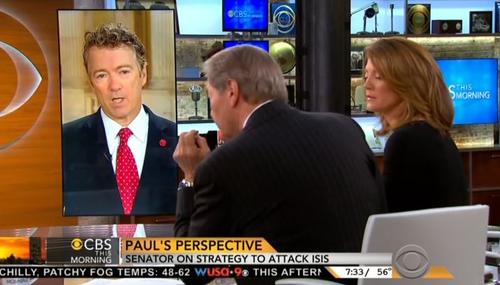 Scott Whitlock
September 15th, 2014 5:01 PM
Charlie Rose has repeatedly fawned over his "friend" Hillary Clinton, even reading a poem to her. But when Rand Paul appeared on CBS This Morning, Monday, Rose and his co-hosts grilled the possible 2016 presidential contender. Citing the Washington Post, Gayle King derided, " You were described yourself as an isolationist..." 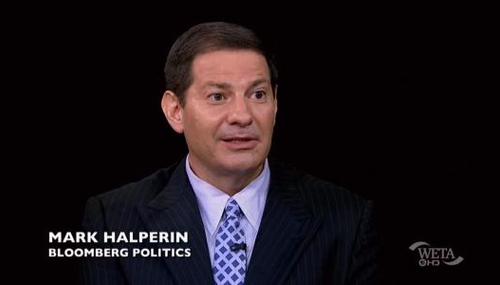 Mark Halperin on 2016: Hillary is 'Far and Away the Class of the Field

Geoffrey Dickens
September 4th, 2014 5:11 PM
Appearing on Tuesday’s edition of PBS’s Charlie Rose show Game Change co-author Mark Halperin said Hillary Clinton’s poor performance during her recent book tour was nothing to worry about because “She’s still so far and away the class of the field.” His writing partner John Heilemann agreed and added: “If you think about Hillary Clinton’s story… 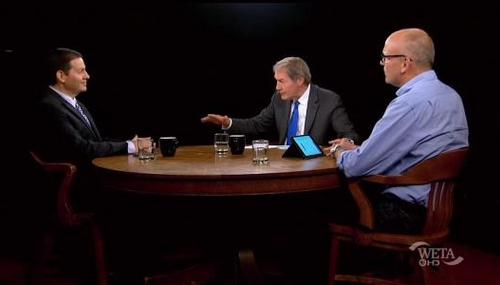 Geoffrey Dickens
September 3rd, 2014 5:07 PM
On Tuesday night Mark Halperin and John Heilemann stopped by Charlie Rose’s PBS show to throw cold water on GOP hopes of re-taking the Senate as the co-authors of Game Change and current Bloomberg Politics editors spouted the typical inside-the-beltway view of the Republican Party’s 2014 chances. Halperin claimed the GOP was hampered by having “no real message”… 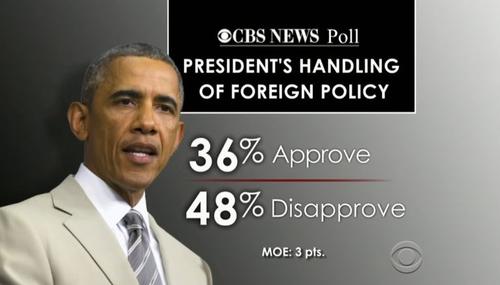 Curtis Houck
September 2nd, 2014 9:05 PM
After appearing on Tuesday’s CBS This Morning, CBS News political director John Dickerson joined substitute anchor Charlie Rose on Tuesday night’s CBS Evening News to discuss the upcoming midterm elections. While Dickerson told Rose that voters are citing domestic issues as what they care about most, he said that “overlaying this entire election is disappointment with the… 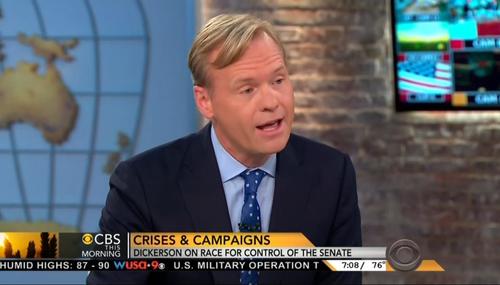 Jeffrey Meyer
September 2nd, 2014 10:34 AM
CBS News Political Director John Dickerson had some harsh words for Democrats as the 2014 midterm election kicks into high gear. Appearing on CBS This Morning on Tuesday, September 2, Dickerson insisted that for the 2014 Senate races “there are three races in West Virginia, South Dakota, Montana that are gone. Those are basically going to go to the Republicans.” [See video below.] 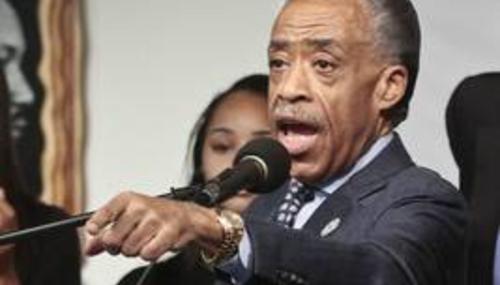 Curtis Houck
August 15th, 2014 9:47 AM
It has been over three weeks since The New York Times published a front-page investigation unmasking the actions of New York Governor Andrew Cuomo (D) shuttering an anti-corruption commission. In reaction, the U.S. Attorney has now begun investigating Cuomo’s administration for possible “witness tampering and obstruction of justice,” according to … 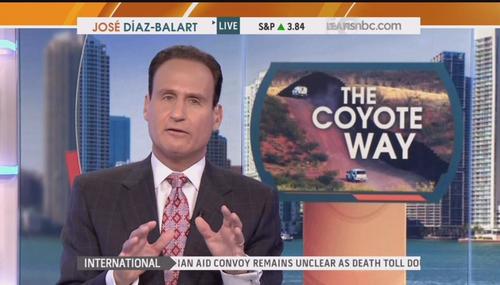 Kyle Drennen
August 14th, 2014 12:53 PM
On Thursday, the hosts of CBS This Morning interrogated former NBC and CNN journalist Campbell Brown and prominent liberal attorney David Boies over their effort to reform the public education system by eliminating a union sacred cow, teacher tenure. Co-host Norah O'Donnell began the segment by proclaiming: "This could be a watershed moment for America's public schools or a… 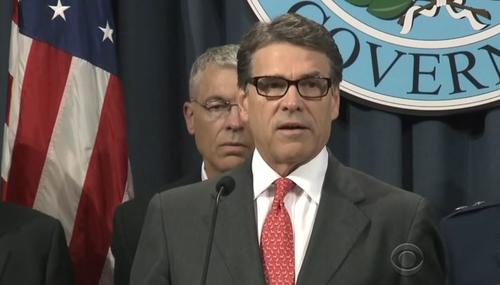 Jeffrey Meyer
August 14th, 2014 11:30 AM
On Thursday, August 14, all three network morning shows did their best to defuse the conflict between former Secretary of State Hillary Clinton and President Obama following Clinton’s criticism of the White House’s foreign policy.  The “big three” (ABC, CBS, and NBC) insisted that any dispute between the two Democrats had subsided with ABC and NBC pushing the… 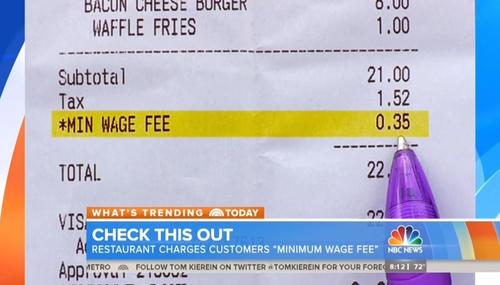 Jeffrey Meyer
August 7th, 2014 12:26 PM
On Thursday, August 7, CBS This Morning’s coverage of President Obama’s Africa Summit consisted of a glowing puff piece on how being First Lady was like being in a sorority. Rather than acknowledge the existence of President Obama’s news conference from Wednesday night, Major Garrett, CBS News Chief White House Correspondent, played up how “Michelle Obama and Laura… 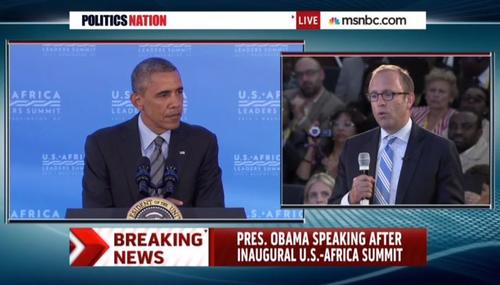 Jeffrey Meyer
August 7th, 2014 10:56 AM
Here’s something you don’t see every day, a donor for President Obama admitting that America’s corporate tax rate is too high. Mellody Hobson appeared on CBS This Morning on Thursday, August 7 to discuss pharmacy chain Walgreens’ decision to keep its headquarters in the United States. The CBS News contributor opined that even though she agreed with the company’s…