NBC's Nightly News on Friday offered a one-sided segment touting Barack Obama's decision to lift the threat of deportation to young people who came to America illegally. The Pete Williams report featured six clips of individuals or groups thrilled by the reaction, only two against and one nuanced response by Mitt Romney. 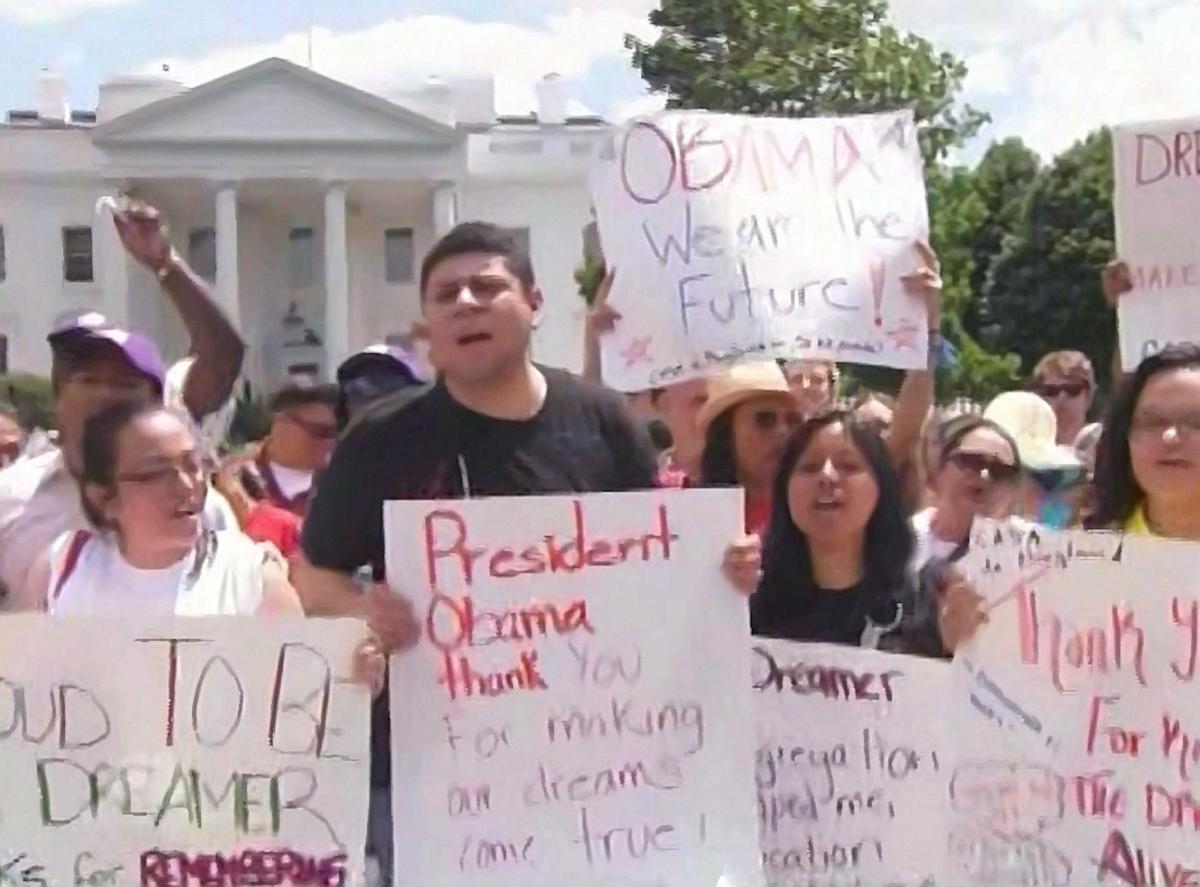 The NBC correspondent's segment was heavily weighted with people who applauded the decision:

JANET NAPOLITANO (Homeland Security Secretary): They've grown up here, they speak the language here, they've stayed out of trouble here. They're getting their education here. They have wonderful talents to contribute to our country.
...

GUSTAVO ANDRADE (Latino Rights Group): Well, I think that the president understands that we cannot wait for Congress to act on this. They haven't gotten their act together on either side on immigration for a very long time.

Williams singled out Jessica Colato, who came from Mexico at age 11: "I want to go to law school to eventually practice immigration law." 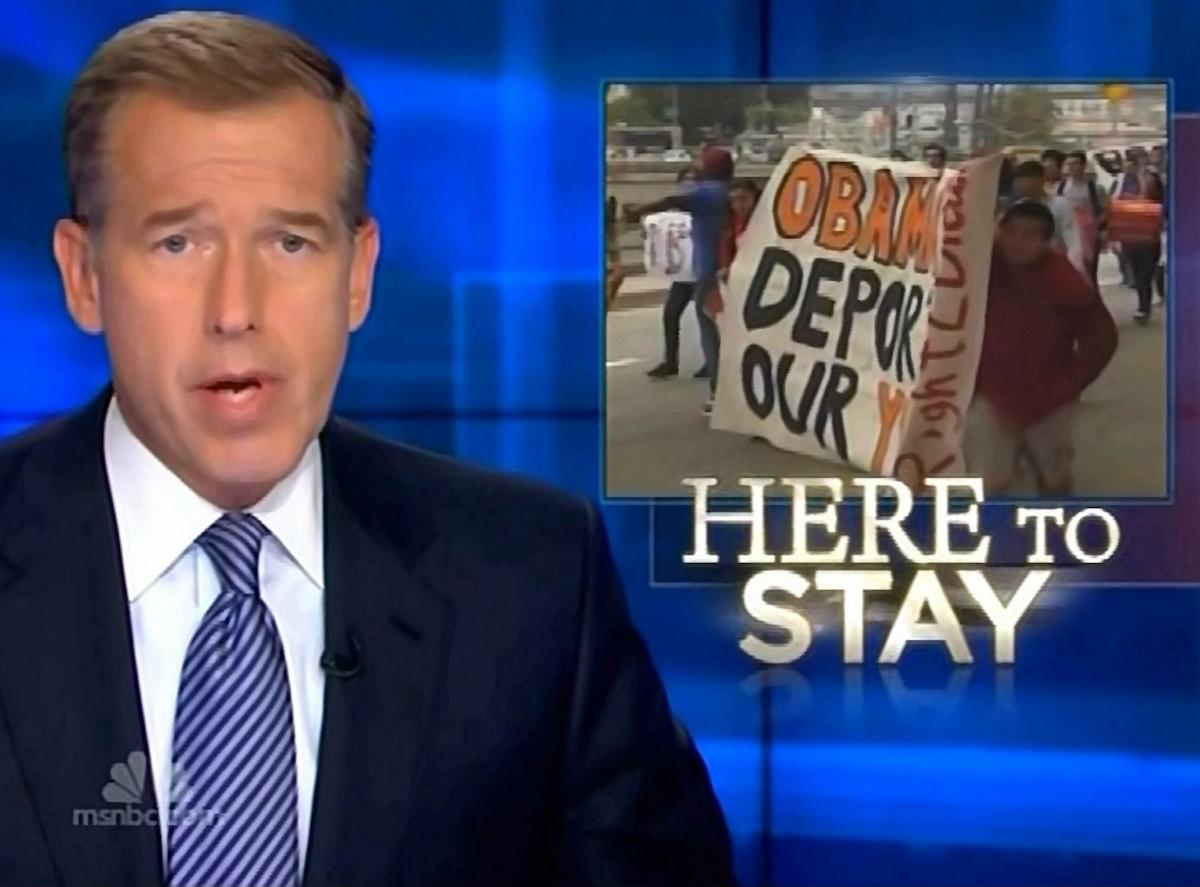 Only towards the end did Williams feature a clip of a Chicago Young Republican who opposed the President's decision. The reporter also included Arizona Governor Jan Brewer complaining that illegals are "going to be competing with jobs, with people that have come here legally."

Good Morning America on Saturday was more balanced than NBC. Co-host Bianna Golodryga highlighted, "But conservatives are questioning the timing and legality of it all."

However, David Kerley fretted about the plan not going far enough: "But others worry: What if there's a new president next year? What about their undocumented parents?"

On CBS This Morning, Rebecca Jarvis spun Republicans as "lashing out" over the decision, "saying this new policy is an obvious political move that makes an end-run around the Constitution."

Reporter Whit Johnson allowed no clips of those opposing the change. In a follow-up segment, This Morning co-host Jeff Glor brought on Agnelica Salas from the Coalition for Humane Immigrant Rights.

However, this segment, like the previous one, allowed no dissenting voices on the issue.

Friday's CBS Evening News promoted young Mexicans in America who will have their lives improved because of the decision.

A transcript of the June 15 Nightly News segment can be found below:

BRIAN WILLIAMS: The president says it's the right thing to do. And today in the Rose Garden at the White House, he acted on an issue that will have consequences for Americans from coast to coast, from border to border. He says his administration will stop deporting hundreds of thousands of young people who were brought to this country by their parents as children and then, no matter how hardworking and successful they've become, they've been treated as illegal immigrants. For many of these young people and their parents, what the president did today isn't perfect but it's a big step toward a dream and of course for opponents of the president and this issue, it's time to go on the attack. We begin here tonight with our justice correspondent Pete Williams in Washington. Pete, good evening.

PETE WILLIAMS: Brian, this new policy was first announced here today at the Department of Homeland Security, which oversees immigration enforcement, and it's described here as focusing more on illegal immigrants who are criminals or a danger to national security and less on those who are here illegally through no fault of their own.

PETE WILLIAMS: Young people covered by the new policy cheered the announcement outside the White House.

UNIDENTIFIED WOMAN: I can't describe it. It's so amazing. I'm so happy.

PETE WILLIAMS: President Obama said it's intended to help those brought here illegally by their parents.

BARACK OBAMA: These are young people who study in our schools, they play in our neighborhoods, they're friends with our kids, they pledge allegiance to our flag.

PETE WILLIAMS: Starting immediately, the government will stop deporting people here illegally who were brought to the US under age 16 and are no older than 30 now, have lived here at least the past five years, are in school or have a high school diploma or military service, and have not committed a serious crime. The homeland security secretary says most of them don't even know the language of the country where they were born.

JANET NAPOLITANO (Homeland Security Secretary): They've grown up here, they speak the language here, they've stayed out of trouble here. They're getting their education here. They have wonderful talents to contribute to our country.

PETE WILLIAMS: The policy will affect hundreds of thousands like Jessica Colato, who says her father brought her illegally to Georgia from Mexico when she was 11. Now she's a college graduate.

PETE WILLIAMS: Those who meet these standards will still be here illegally and will not get a leg up for citizenship, but they can apply for relief from deportation for two years, something that can be renewed repeatedly. And they're eligible to seek work permits.

GUSTAVO ANDRADE (Latino Rights Group): Well, I think that the president understands that we cannot wait for Congress to act on this. They haven't gotten their act together on either side on immigration for a very long time.

PETE WILLIAMS: Perhaps reflecting the passion surrounding the immigration issue, the president showed a flash of anger when his remarks were interrupted by a reporter for a conservative website.

OBAMA: Excuse me, sir. It's not time for questions, sir. Not while I'm speaking.

PETE WILLIAMS: Most Republican response has been muted, criticizing the president less for the substance of the policy than for going around Congress, which has so far declined to give any relief to young immigrants who want citizenship.

MITT ROMNEY (Republican Presidential Candidate): The status of young people who come here through no fault of their own is an important matter to be considered and should be solved on a long-term basis so they know what their future would be in this country.

PETE WILLIAMS: Many Republicans say enforcement at the border must be toughened before immigration laws are made more permissive.

Mr. ANGEL GARCIA (Chicago Young Republicans): I think this is merely pandering, so I'm concerned that this isn't actually anything real, that it's real change. What this is, merely election year pandering.

JAN BREWER: And they're going to be competing with jobs, with people that have come here legally.

PETE WILLIAMS: There's no way to know exactly how many young people will qualify for this new policy but several estimates say it's at least one million. Brian?