Friday’s Hannity discussed the subject of CNN’s hard left turn with guest host Jason Chaffetz and the panel specifically singling out CNN Tonight anchor Don Lemon as an example of “everything that political journalism” has become. Chaffetz went further and described him as “a fifty-something president of the high school debate team in defending Black Lives Matter.”

Chaffetz first played a clip of Lemon’s hectoring on Monday of actor Terry Crews after the latter called out Black Lives Matter for their indifference toward the deaths as a result of “black on black” crime:

As Chaffetz noted, Lemon’s impassioned defense of Black Lives Matter was slammed by former CNN colleague Steve Krakauer “to admit that the network has taken a turn for the worse in the Trump era.” Krakauer also said Lemon has become “arrogant and ignorant,” and displaying a “dismissiveness of anything resembling dissent on his show.”

The Hill media reporter Joe Concha told Chaffetz that Lemon represents “everything that political journalism has mostly become and that is not to be a curious journalist asking questions and trying to get to the truth.” According to Concha, “journalists” like Lemon have used “their platform to advance a cause, or in this case, to be a fifty-something president of the high school debate team in defending Black Lives Matter.”

Concha also mentioned that Lemon recently proclaimed in a podcast that “my role as a journalist is to speak for my truth and from my lens and for where I come from.” Responding to Lemon’s claim that “I don’t think those things are biases,” Concha reminded him: “That’s the very definition of bias.”

Fellow panelist and legendary talk radio host Larry Elder explained that Lemon’s behavior should not come across as a surprise considering his network:

With the network all but permanently fixated on ensuring Americans feel crippled and mortified by the coronavirus and racism, Tucker Carlson had it right when he described CNN anchors, including Lemon, as “compliant” people who “say what they’re told,” “tell the audience what the moment demands,” and “never stray from the script.”

A transcript of the relevant portion of Friday’s edition of Hannity is below. Click “expand” to read more.

JASON CHAFFETZ: Welcome back to this special edition of Hannity. The left is proving to be more hateful and more divisive than ever before; with cancel culture running rampant throughout American society.  For the most part, you can avoid cancellation by bending to the liberal mob but if you dare to be a free thinker or worse, conservative, you have a target on your back. If you ask Green New Deal author and socialist sweetheart AOC, she doesn’t even think the phenomenon exists. She tweeted yesterday “Odds are you’re not actually cancelled, you’re just being challenged, held accountable, or unliked.” Yeah, right. Goya Foods is certainly not unliked. Their products are staples in kitchens across the country. But liberals will soon be throwing their beans out with the bathwater. The Goya Foods CEO sparked some liberals to call for a boycott after praising President Trump. Here’s how he responded on Fox & Friends earlier today.

CHAFFETZ: Good for him. President Trump returned the praise in a tweet aboard Air Force One, writing “I love @GoyaFoods.” It doesn’t stop there. CNN’s Don Lemon went so far as to lecture actor Terry Crews on what he thinks the Black Lives Matter movement really means. Listen to this.

TERRY CREWS: When you look in the city of Chicago, there are nine children who died by gun violence, by black on black gun violence, with…from June 20th all the way to today. And you’re talking about, even with the Atlanta child murders, there were 28 kids who were…who died in two years. You’re talking about a month and you have nine black kids. And the Black Lives Matter movement has said nothing.

CHAFFETZ: Yeah, you be the judge on that clip, ladies and gentlemen. Lemon’s embarrassing showing even prompted a former CNN staffer to admit the network has taken a turn for the worse in the Trump era. Joining me now with reaction, media reporter for The Hill, Joe Concha. Salem Radio nationally syndicated host Larry Elder, and civil rights attorney Leo Terrell. Gentlemen, thank you so much for…for joining us here. Joe, I want to start with you. You follow, study, write about the media every day. What was your take on that exchange that happened there with Don Lemon?

JOE CONCHA: Well, Don Lemon is everything that political journalism has mostly become, and that is not to be a curious journalist, asking questions and trying to get to the truth. Instead, it’s using their platform to advance a cause or in this case, to be a fifty-something president of the high school debate team in defending Black Lives Matter.  So, Don Lemon was actually asked about this in a podcast interview a couple days later, and here’s what he had to say, Jason. “My role as a journalist is to speak for my truth and from my lens and from where I come from.” Remember, this is an anchor saying this. “And I don’t think those things are biases.” Look, that’s the very definition of bias. Whose truth, Mr. Lemon? I mean, who are we talking about here because your truth is subjective and therefore is something that isn’t fact based, it’s something that you are coming from a certain perspective. So, for instance, if you support Black Lives Matter, as clearly Don Lemon does, then you therefore support defunding the police. Well, you look at many polls and most Americans don’t support that. So, it’s not the truth. It’s your opinion, and it’s an opinion not shared by many Americans that are watching out there.

CHAFFETZ: Yeah, and it’s not supposedly an opinion show. Now, Larry, I want to…I want to ask you about this. Could I tell you, the Americans that I interact with from all sorts of races in all parts of…parts of the country, they are absolutely fed up and sickened with the idea that supposedly everything they do, like saying the Pledge of Allegiance, putting their heart over their…their hand over their heart during the Pledge of Allegiance when they, they see a building with a flag on it and the city says hey, take it down. I mean, they’re kind of fed up with being told that everything they’re doing is wrong just when they’re doing things that are patriotic.

LARRY ELDER: Well, Jason, consider who Don Lemon works for. He works for CNN, whose President and CEO, Jeff Zucker, is on a Project Veritas tape conducting his 9:00 meetings literally telling people to ignore news that’s important and focus on Russia collusion, Russia collusion, Russia collusion. They even got staffers at CNN complaining that “Jeff Zucker f***ing tells us what to say” to the exclusion of other things they think are important. And this is an organization back in 1997, 23 years ago, asked black teens and white teens whether race was a major problem in America. They both said yes. But then 89 percent of…of black teens said racism was either no problem or little problem in my own daily life. In fact, more black teens than white teen said failure to take advantage of available opportunities is a bigger problem than racism. That’s a Times/CNN poll back in 1997 that they conveniently ignored. 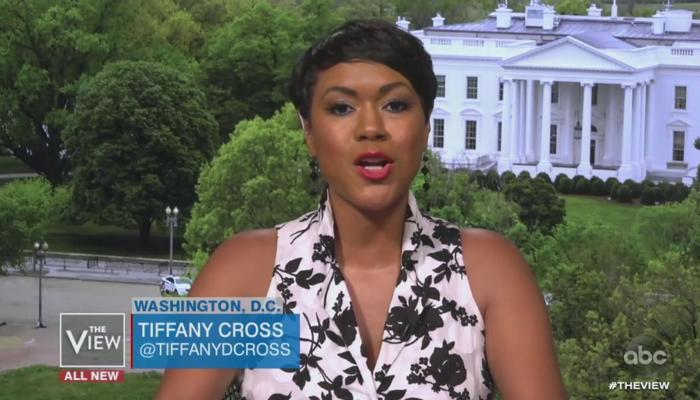 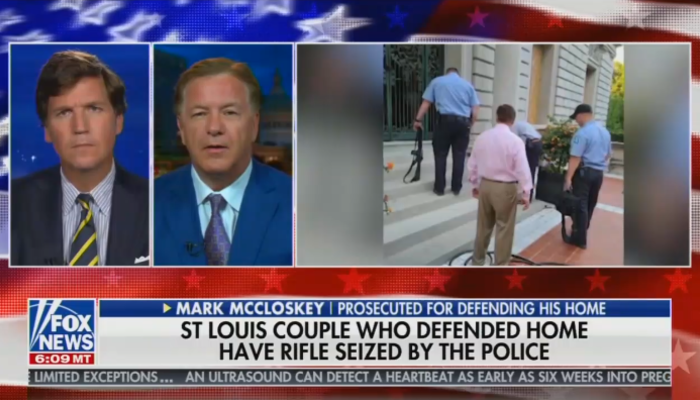 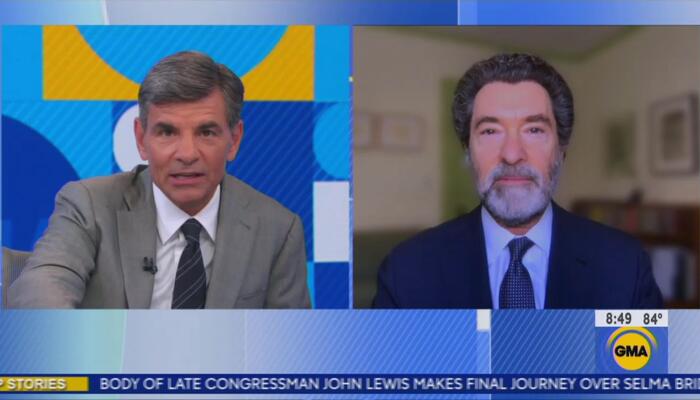 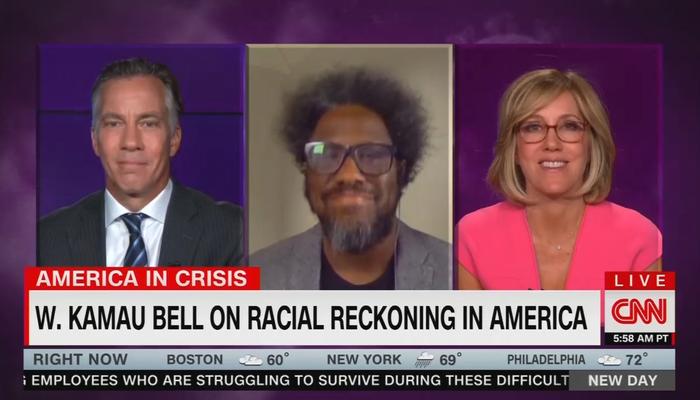 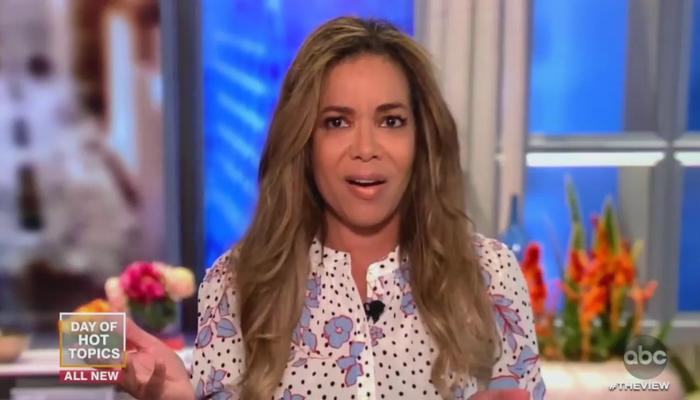 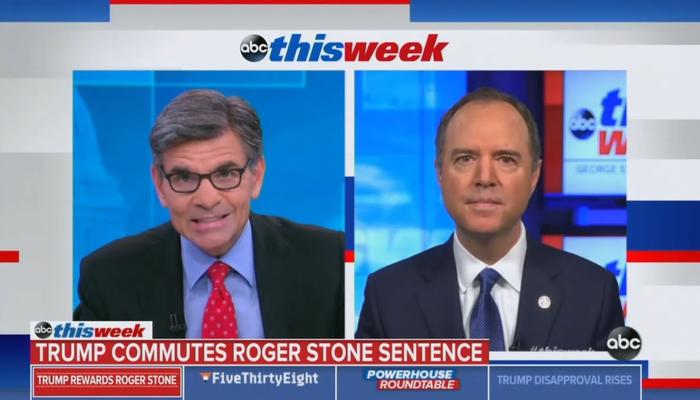 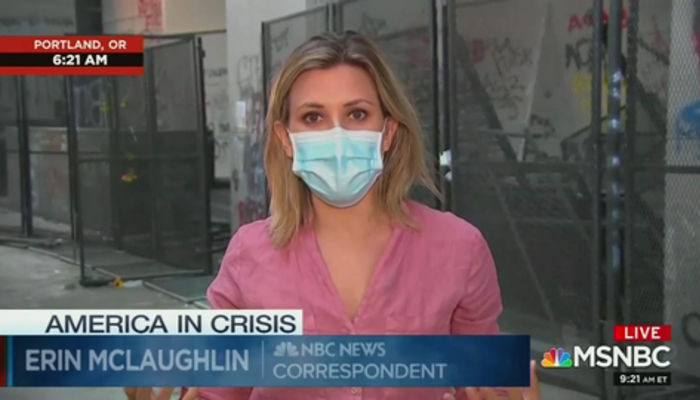