Maureen Dowd's 180 on Bush: From 'Cruise Director' to Champion of 'Decency and Civility' 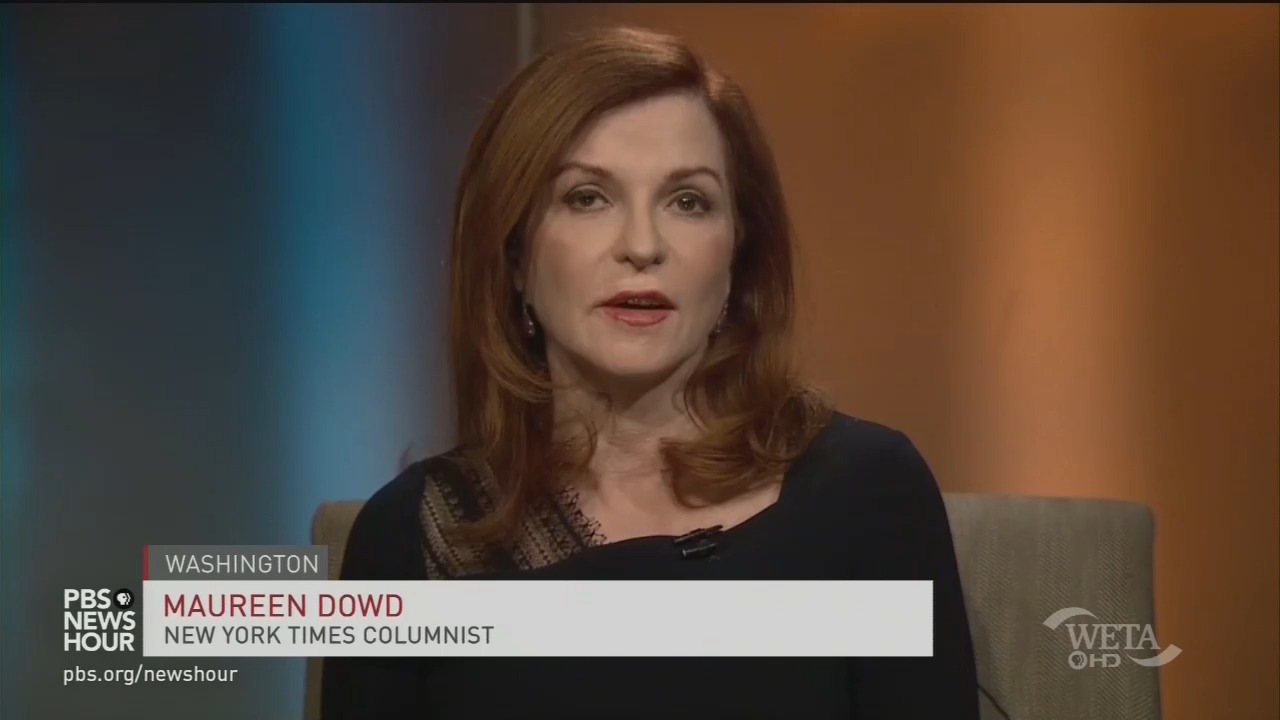 In a column she wrote over the weekend, Maureen Dowd of The New York Times joined a long list of media personalities who have used the death of President George H.W. Bush to trash President Trump. Dowd contrasted the “narcissistic, amoral, vulgar reality-TV president” with the “modest, principled, classy, old-world president.”

On The Ingraham Angle Monday night, Fox News host Laura Ingraham highlighted Dowd’s complete 180 when it comes to her views on President George H.W. Bush, as NewsBusters has previously reported. After talking about Dowd’s “lionizing” of the 41st President in the wake of his death, Ingraham mentioned how Dowd would constantly “belittle the Bushes" for "what they watched, what they listened to for music,” specifically highlighting how she once dismissed then-President Bush as the “cruise director of international politics.”

On her show later in the week, Ingraham brought up how Dowd “used to write these pieces mocking the cultural and culinary tastes of Bush 41 and Barbara,” specifically noting how she mocked the Bushes for watching America’s Funniest Home Videos and arguing that Dowd’s coverage of the Bushes came with the subtext, “look at the Bushes, Ivy-league blue bloods but still unsophisticated and frankly not all that smart.” Ingraham prefaced her comments on Dowd by taking issue with liberals’ characterization of themselves as “for the little guy,” instead arguing that “they are actually elitist snobs at heart.”

Dowd’s elitism jumped off the page throughout a column she wrote in July 1990 called “The Language Thing.” The column opened with Dowd declaring “Yes. The President talks funny” and compared then-President George H.W. Bush to Warren Harding: “Not since Warren G. Harding left town has a President been so mocked for his speech.”

While comparing Bush to Harding, she referenced a quote from E.E. Cummings, who remarked upon Harding’s death: “the only man, woman, or child who wrote a simple delcarative sentence with seven grammatical errors is dead.” Dowd seconded Washington Post columnist Mary McGrory’s assertion that President Bush “enjoys a similar arm’s-length relationship with the English language” and argued that the President was “mush-mouthed” and an alumnus of the “Me-Tarzan-You-Jane school of oratory."

Based on the media’s fawning coverage of President George H.W. Bush over the past week, one would never know that Newsweek once described him as a “wimp” and the comic strip Doonesbury accused then-Vice President Bush of “putting his manhood in a blind trust.” Unfortunately for the proponents of revisionist history, the media’s past unflattering, if not vicious, treatment of George H.W. Bush will live on forever.

A transcript of the relevant portion of Wednesday’s edition of MTP Daily is below:

A transcript of the relevant portion of Wednesday’s edition of The Ingraham Angle is below:

LAURA INGRAHAM: Liberals claim to be for the little guy, they’re the champions of the average person but they’re really elitist snobs at heart. Maureen Dowd, New York Times columnist, used to write these pieces mocking the cultural and culinary tastes of Bush 41 and Barbara. You know, he ate pork rinds and the two of them watched things like “America’s Funniest Home Videos” on TV on Sunday nights. The subtext was always “look at the Bushes, Ivy-league blue bloods but still unsophisticated and frankly not all that smart.