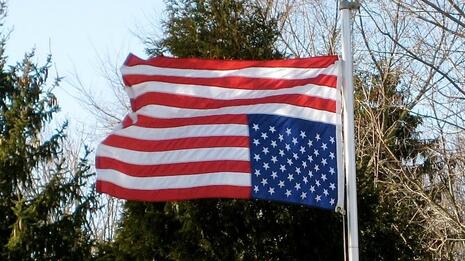 This year’s Independence Day arrives with buckets of leftist media contempt for America’s Founders and ideals: the New York Times trashing the iconic Mount Rushmore, which CNN disparaged as a “monument of two slave owners”; TV hosts applauding the idea of taking down statues of George Washington and other Founding Fathers; and CNN commentators thundering about the need to “uproot a lot of what is this country’s foundation.”

But it’s not just a 2020 phenomenon, of course, as flag-waving patriotism has never really been the fashion in Liberal Media Land. For decades, the Media Research Center has been tracking liberal journalists’ antipathy towards America. Here are just a dozen quotes showing the media’s hostility to Americanism, including many tied to past Fourths of July: 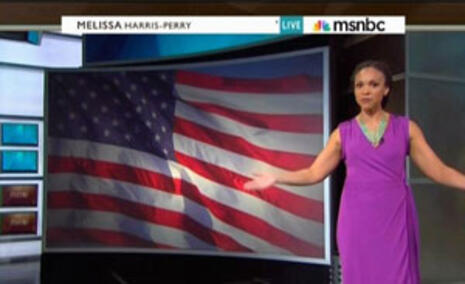 “The land on which they [the Founders] formed this Union was stolen. The hands with which they built this nation were enslaved. The women who birthed the citizens of the nation are second class....This is the imperfect fabric of our nation, at times we’ve torn and stained it, and at other moments, we mend and repair it. But it’s ours, all of it. The imperialism, the genocide, the slavery, also the liberation and the hope and the deeply American belief that our best days still lie ahead of us.”
— MSNBC host Melissa Harris-Perry on her eponymous July 1, 2012 program, delivering what she called “my footnote for the Fourth of July.”

Despising the Stars and Stripes

“My daughter, who goes to Stuyvesant High School only blocks from the World Trade Center, thinks we should fly an American flag out our window. Definitely not, I say: The flag stands for jingoism and vengeance and war. She tells me I’m wrong — the flag means standing together and honoring the dead and saying no to terrorism. In a way we’re both right....[The flag] has to bear a wide range of meanings, from simple, dignified sorrow to the violent anti-Arab and anti-Muslim bigotry that has already resulted in murder, vandalism and arson around the country and harassment on New York City streets and campuses.”
— The Nation’s Katha Pollitt in an October 8, 2001 column.

“Oh say, we’ve seen too much. The Star-Spangled Banner pushes like a cough through America’s mouth and the twilight’s last gleaming is just that, a sickly flash above our heads as we ride unsuspecting in the bellies of sleek trains, plop to our knees in churches, embracing truths that disgust us.”
— Boston Globe arts critic and “poet” Patricia Smith in The Nation’s “Patriotism” issue, July 15/22, 1991.

“We know what July 4th is. What about July 5th? After the fireworks, the music, the rhetoric of freedom what then?...What kind of nation does our flag fly over now? Not a less innocent one, because American innocence was never the truth. Not one less reluctant to go to war without a good reason, because we have foolishly credited bad reasons in the past. But now the nation lacks even that. As our President demonstrated last week, we have become a people who wage unending war killing and maiming our young ones and theirs without being remotely able to say why.”
— Columnist James Carroll in the July 5, 2005 Boston Globe.

“A friend of ours, a prominent member of the ‘liberal media,’ wrote to the head of our kids’ school last week suggesting that students spend more time with the Pledge of Allegiance and The Star-Spangled Banner. The principal agreed. Our 10-year-old daughter asked her mother if we could put a flag on our car. My wife reluctantly agreed, but hasn’t procured the flag yet....My wife essentially shares our daughter’s feelings. But for her, the symbol of the flag was appropriated in her youth by counter-protesters who used it to deny the patriotism of the war’s opponents. Flag-waving feels aggressive to her.”
— Former CBS Evening News producer Dick Meyer in a commentary posted October 1, 2001 on CBSNews.com.

Aaron Brown: “Is there too much red, white and blue there? How much is too much? Some thoughts on patriotism tonight and September 11th and the games from one of our favorite guests on the program, Anne Taylor Fleming, who joins us from Los Angeles.”
Anne Taylor Fleming: “The whole idea of patriotism really infecting the games in a positive or negative way I mean, we had enough trouble in Atlanta during a time of peace, sort of restraining ourselves. That was a really, I thought, sort of swaggery performance by the country. And you know, I’m just girded for it, and hope it doesn’t happen....It’s just a time to mute our swagger. I mean, it is the time to comport ourselves gracefully as a member of the world. And I’m just hoping, you know, maybe against hope, that we are respectful and that the jingoism is muted.”
— Discussion of the 2002 Winter Olympic games on CNN’s NewsNight, February 8, 2002. 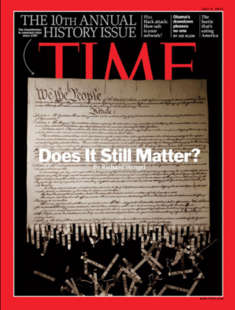 “The framers were not gods and were not infallible. Yes, they gave us, and the world, a blueprint for the protection of democratic freedoms — freedom of speech, assembly, religion — but they also gave us the idea that a black person was three-fifths of a human being, that women were not allowed to vote and that South Dakota should have the same number of Senators as California, which is kind of crazy....If the Constitution was intended to limit the federal government, it sure doesn’t say so.”
— Time managing editor Richard Stengel in the magazine’s July 4, 2011 edition, which featured a picture of the U.S. Constitution going through a shredder with the headline, “Does It Still Matter?”

Mourning the Fourth of July

“American independence in 1776 was a monumental mistake....I’m reasonably confident a world in which the revolution never happened would be better than the one we live in now, for three main reasons: Slavery would’ve been abolished earlier, American Indians would’ve faced rampant persecution but not the outright ethnic cleansing Andrew Jackson and other American leaders perpetrated, and America would have a parliamentary system of government....Government spending in parliamentary countries is about 5 percent of GDP higher, after controlling for other factors, than in presidential countries. If you believe in redistribution, that’s very good news indeed.”
— Dylan Matthews in a July 2, 2015 post on Vox.com: “3 reasons the American Revolution was a mistake.”

Editor: I Want to Burn the Flag

“If the U.S. Senate follows its silly siblings in the House of Representatives and votes for a ban on burning the American flag, I’m going to burn one. It never occurred to me to burn a flag — except in some flag-retiring ceremony — but just the idea that Congress has nothing better to do than spend time on this nutty issue makes me want to burn one.”
— Linda Grist Cunningham, Executive Editor of the Rockford Register Star in Illinois, in a June 26, 2005 column.

“The next time you say the Pledge of Allegiance...remember: It’s a lie. A whopper of a lie. We coax it from the mouths of babes for the same reason our politicians wear those flag pins in their lapels – it makes the hypocrisy go down easier, the way aspirin helps a headache go away...’Justice for all’ is a line item in the budget, sequestered now by the Paul Ryans of Congress and the fix-the-debt gang of plutocratic CEOs who, with a wink-wink from our President, claim, ‘Oh, we can’t afford that!’ Of the $146 billion spent every year on criminal justice in this country, only two to three percent goes to defend the poor. Of 97 countries, we rank 68th in access to and affordability of civil legal service. No, we can’t afford it, but just a decade ago we started shelling out $2.2 trillion for a war in Iraq born of fraud.”
— Bill Moyers on PBS’s Moyers & Company, March 31, 2013.

“Mitt Romney’s rally in Mansfield, Ohio, on Monday began the way every political event begins. ‘Please stand for the Pledge of Allegiance and our country’s national anthem.’ This is always an uncomfortable moment for me. While I sat at my laptop, most of the reporters around me stood and put their hands over their hearts. This time instead of just sitting and working, I tweeted what I was feeling: ‘@Ari_Shapiro: As a reporter I’m torn about joining in the pledge of allegiance/national anthem at rallies. I’m a rally observer, not a participant.’”
— NPR’s Ari Shapiro writing at NPR.org’s “It’s All Politics” blog on September 11, 2012.

“The CNN film [The Flag], based on a book by David Friend, focuses on the smudged American flag that three firefighters raised through the dust of the collapsed buildings at ground zero late in the afternoon of Sept. 11, 2001. A photograph of the flag raising taken by Thomas E. Franklin of the New Jersey newspaper The Record became a heartening, patriotic symbol for many on an otherwise awful day....[But] the photographer rebelled at efforts to make him a celebrity, and so did the three firefighters. A plan to turn the photograph into a sculpture became a source of controversy. Nationwide, flag-waving was sometimes a cousin to intolerance.”
— From New York Times critic Neil Genzlinger’s September 4, 2013 review of CNN’s The Flag.