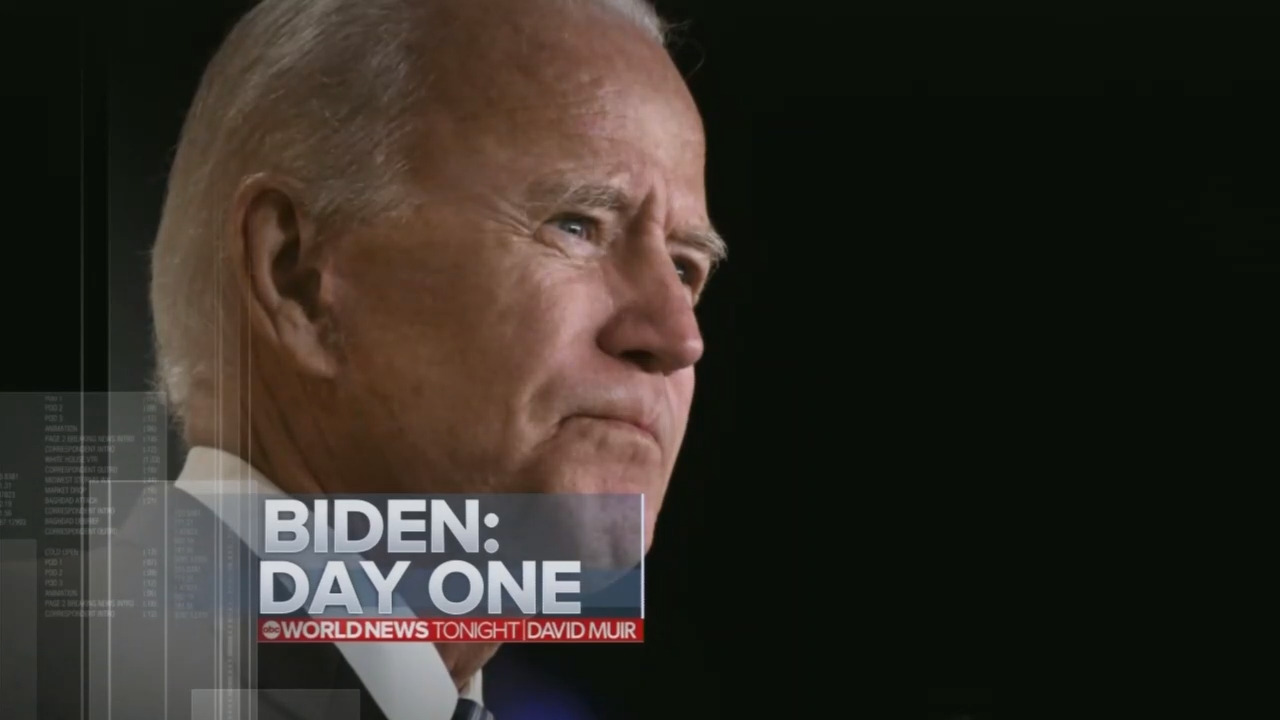 A new Hill/HarrisX poll finds former Vice President Joe Biden taking a huge 32 point lead over his competitors in the 2020 Democratic primary race. One potential reason: television news coverage that once was shared among many of the candidates is now focused almost solely on Biden.

A new Media Research Center analysis of the ABC, CBS and NBC evening newscasts coverage finds that coverage of the Democratic race in April shot up to nearly triple the level of the previous three months: 67 minutes in April, vs. 24 minutes each month on average from January through March.

Despite the presence of more than 20 announced candidates, Biden was rewarded with by far the lion’s share of the coverage: 77% of candidate airtime (52 minutes), compared to less than five minutes each for Vermont Senator Bernie Sanders and South Bend, Indiana Mayor Pete Buttigieg, and barely three minutes for Massachusetts Senator Elizabeth Warren. No other candidate received even one minute of evening news airtime in April. 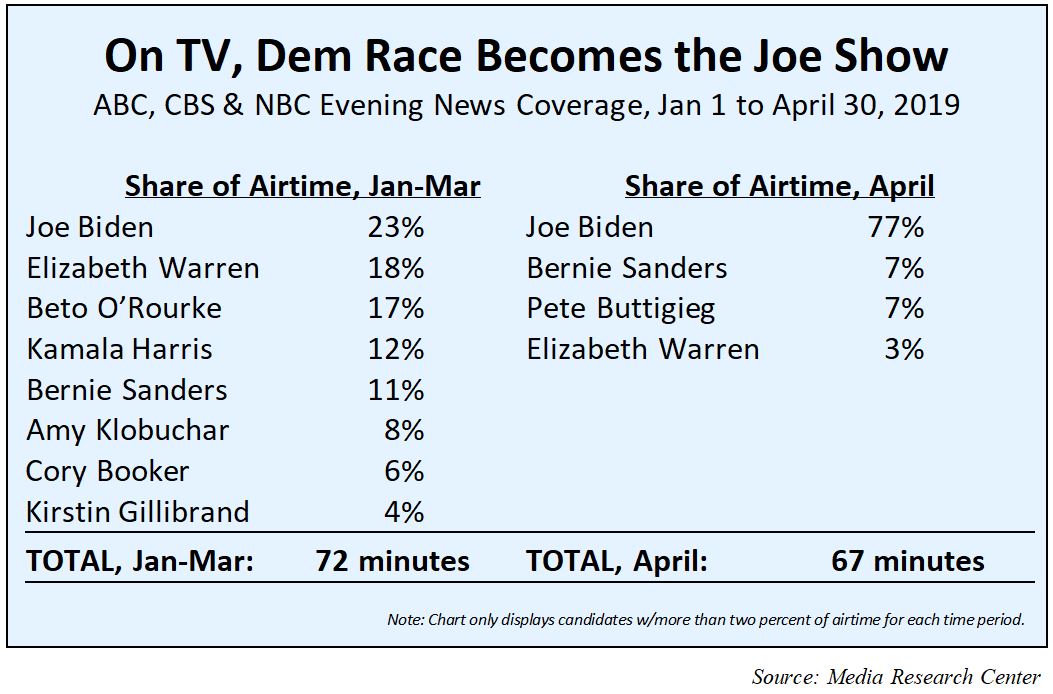 And the evening news did another favor for Biden: The scandal involving his unwanted touching of several women, which dominated campaign news in early April, was largely ignored in coverage of his announcement in late April. From March 30 through April 5, the networks spent more than 26 minutes on the scandal. But in coverage of Biden’s campaign rollout between April 23 and April 30, the scandal received a puny 92 seconds of evening news airtime (a tiny 6% of Biden’s total coverage that week).