Even As Media Whine About Trump, Their Hostile Coverage Shows No Let Up 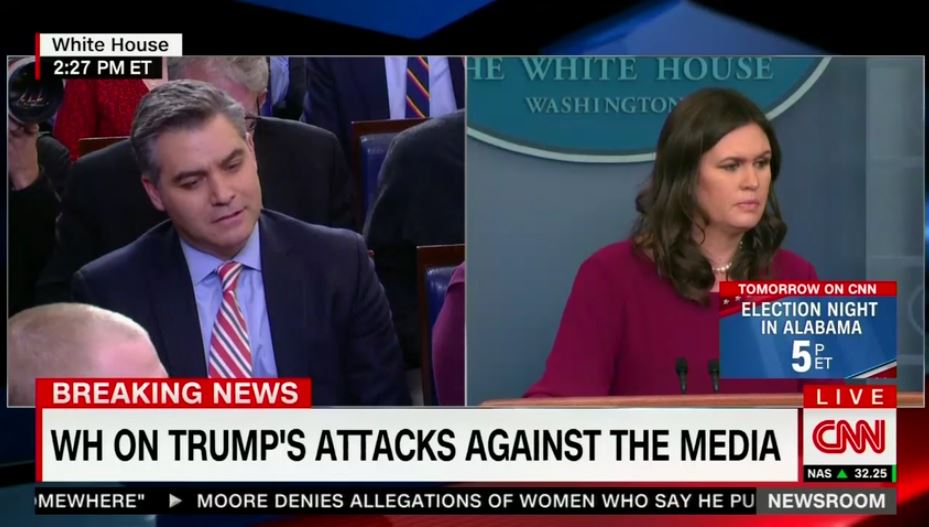 As Monday’s throwdown in the White House press room made clear, relations between the President and the press corps are as bad as they have ever been during the Trump administration.

Most journalists seem to put the blame on the administration’s criticisms of the press, with CNN’s Chris Cilizza saying Press Secretary Sarah Sanders’ condemnations were “disheartening” and made him “angry.” A couple of weeks ago, disgraced ex-CBS anchor Dan Rather called the President’s attacks on the news media “disappointing.”

“If you look over the arc of history,” Rather lectured MSNBC’s Stephanie Ruhle in late November, “presidents who have been very hostile to the press have not wound up very good in terms of having their likeness carved into Mt. Rushmore or anything approaching that....You know that old cliche, if you’re in a hole, stop digging. In terms of his press relations, he just keeps digging.”

This week, Rather repeated his complaint to the Washington Post’s Jonathan Capehart. “A free, a truly free and independent, fiercely independent press, when necessary, is the red beating heart of freedom and democracy,” Rather pontificated, saying of Trump’s attacks: “This has to be unacceptable.”

But as the Media Research Center has been documenting all year, the media have approached the Trump presidency with unrelenting hostility. Our latest numbers show that coverage of Trump on the ABC, CBS and NBC evening newscasts in September, October and November was more than 90 percent negative (our methodology counts only explicitly evaluative statements from reporters or non-partisan sources). 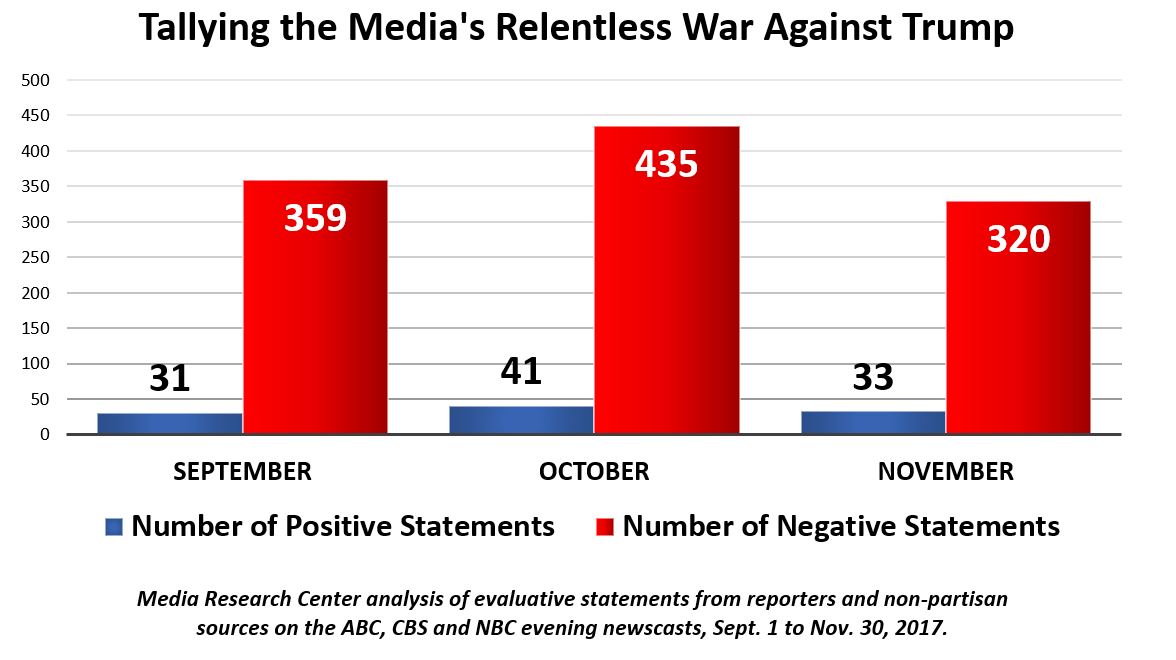 In September, there were just 31 pro-Trump statements on the Big Three vs. 359 negative. In October, the number of positive statements grew to 41, while the negative statements swelled to 435.

In November, there was somewhat less coverage of the President, as political journalists raced to cover the allegations against Alabama GOP Senate candidate Roy Moore, but the ratio remained essentially unchanged: 33 positive statements vs. 320 negative statements.

Add it all up, and coverage of Trump has been 91 percent negative during the past three months. Our study of news in June, July and August found an identical rate of 91% negative, which means TV news is unchanged in its hostility toward the President.