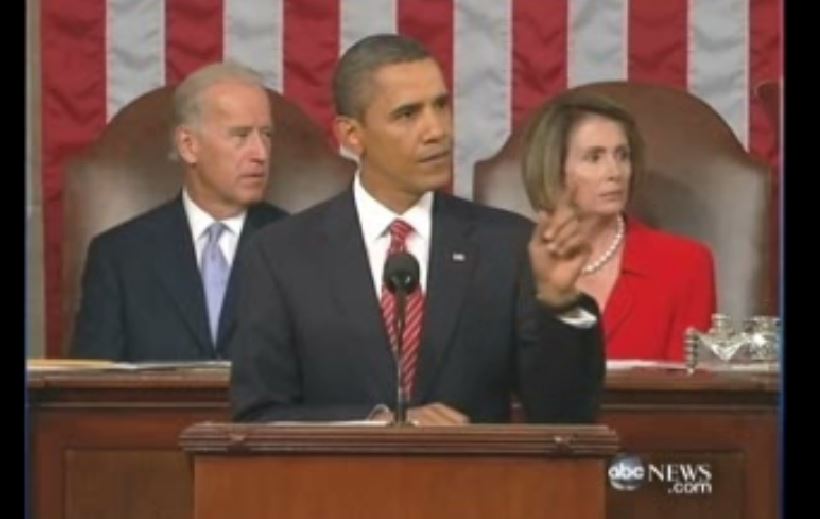 Over the past several months, journalists have had no qualms about attacking President Trump on a deeply personal level, calling him an “embarrassing” “unhinged” “liar,” a “sociopath” and a “madman” presiding over a “malignant presidency.”

But eight years ago, many of these same reporters were offended at criticism of Barack Obama and his policies, scorning the “mean,” “ugly,” “offensive” “vitriol” and “idiot talk” hurled at the last President during the same months of his term.

While the media have given plenty of oxygen to anti-Trump protests since his first day in office, the Tea Party protests against Obama in 2009 were disparaged as “orchestrated,” “AstroTurf,” and criticism of ObamaCare was portrayed as a consequence of racist unwillingness to accept a black President.

Today’s journalists see it as a badge of professionalism to harass Trump and his spokesmen, but eight years ago some reporters derided talk radio, Fox News and others in the media who failed to get on board the Obama train as peddling “hateful crap” that “borders on sedition.”

Some in the media even suggested that criticism of Obama was threatening “the President’s personal safety,” with New York Times columnist Tom Friedman raising the 1995 assassination of Israeli Prime Minister Yitzhak Rabin by an extremist: “The parallels to Israel then and America today turn my stomach.”

Eight years later, does anyone in the liberal media worry that their constant negative coverage might be putting President Trump in danger?

Here is a video compilation followed by several transcripts from MRC’s NewsBusters’ archive showing the big difference in how the media, who now disparage President Trump, hated criticism of President Obama eight years ago:

“Where Obama exudes the new Washington equanimity, [former House Speaker Newt] Gingrich exalts in the old-school insult. He is ruthless in caricaturing anyone who gets in his way as a ‘pagan’ or ‘statist’ or ‘socialist’ or ‘racist’ — all words Newt has hurled in recent days....It is hard to shake the feeling that Gingrich’s new prominence is more a sign of the GOP’s desperation than faith in its future....”
— Newsweek’s Howard Fineman writing in the magazine’s June 22, 2009 edition. 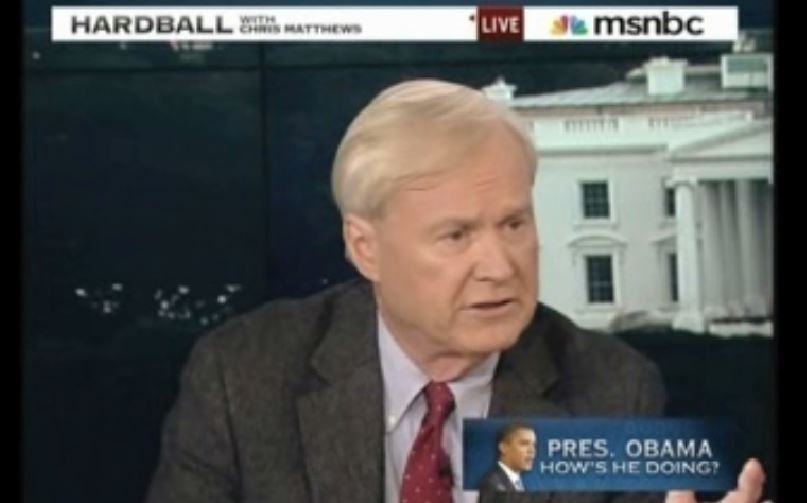 “There’s become this new ‘idiot button’ on the right, where you have to punch this button in order to be considered a real conservative now: ‘Obama is a socialist on health care. He’s a socialist. All his fiscal programs are insanely socialistic.’ You have to punch that button....If you don’t talk in that, that right-wing, idiot talk you’re not considered a conservative any more.”
— MSNBC’s Chris Matthews on Hardball, June 16, 2009.

Co-anchor David Shuster: “Remember the old adage about being able to disagree without being disagreeable?”
Co-anchor Tamron Hall: “Yeah, I remember it, but I don’t think a lot of people who listen to, maybe, certain radio stations believe that. Well, six months after President Obama took office, a lot of sociologists and analysts believe that harsh political discourse against him really amped up and people started to push the boundaries of what might be considered decency.”
— Exchange during MSNBC live coverage, July 17, 2009. The on-screen headline read, “Too Much Political Hate?”

Anchor Charles Gibson: “Members of the House of Representatives are already back in their districts on summer recess, most holding town hall meetings to find out what’s on the voters’ minds, and what they’re hearing is criticism over health care reform. And some of that criticism appears to be orchestrated....”
Correspondent Jake Tapper: “Clearly, some of it is organized. Bob MacGuffie, a grass roots conservative activist wrote a widely circulated memo advising others at town hall meetings to put the Congressman quote, ‘on the defensive with your questions and follow up.’”
— ABC’s World News, August 4, 2009.

“Everywhere a congressperson holds a meeting, apparently, these people show up. Well-dressed, middle-class people in pinks and limes if you will. Who are they? They’ve been called the ‘Brooks Brothers Brigade.’ Who are these people?...Do you think the health insurance companies that have made money for years on health care are the bad guys here? Do you think they’re behind these so-called AstroTurf demonstrations?”
— MSNBC’s Chris Matthews talking about the negative public reaction that some Democratic members of Congress have faced at local town hall meetings, August 4, 2009 Hardball.

“The truth is out about the societal sabotage dressed up as phony protests against health care reform....When Hamas does it or Hezbollah does it, it is called terrorism. Why should Republican lawmakers and the AstroTurf groups organizing on behalf of the health care industry be viewed any differently?”
— MSNBC’s Keith Olbermann talking about anti-ObamaCare protests on Countdown, August 7, 2009.

It Can’t Be Obama’s Policies, So It Must Be Racism

“Is right-wing racism on the rise?...You know, obviously we have got morons like Limbaugh calling Obama an angry black man....I think they are hurting their party and I think we are in a nation tired of hate....I’m going to throw a Jewish slur and call Mr. Limbaugh a putz.”
— Fill-in anchor Donny Deutsch on MSNBC News Live, July 30, 2009.

Wall Street Journal’s Steve Moore: “This is still a pretty conservative country and people are upset about the policies in Washington and they don’t think the politicians are listening.”
Chris Matthews: “Okay, I think, I think some of the people are upset because we have a black President.”
— Talking about the town hall protests on MSNBC’s Hardball, August 11, 2009.

“Look at the image of the Republican Party, all white males with short haircuts. They look sort of angry. No women, no minorities, and it looks like they’ve sort of become unhinged.”
— MSNBC anchor David Shuster during the 4pm ET hour of live coverage, September 10, 2009.

“They’ve waved signs likening President Obama to Hitler and the devil; raised questions about whether he was really born in this country; falsely accused him of planning to set up death panels; decried his speech to students as indoctrination; and called him everything from a ‘fascist’ to a ‘socialist’ to a ‘communist.’ ...And all that was before Mr. Obama’s speech was interrupted by a representative who once fought to keep the Confederate flag waving over the South Carolina state house. Add it all up, and some prominent Obama supporters are now saying that it paints a picture of an opposition driven, in part, by a refusal to accept a black President.”
— ABC’s Dan Harris on World News, September 15, 2009.

Critics Need to Shut Up Before Obama Gets Hurt

Host Chris Matthews: “The activists on radio are not afraid, because they’re not afraid of anything. But at some point, if we have violence in this country against our President of any form or attempt, people are gonna pay for it, the people who have encouraged the craziness....”
The Politico’s Roger Simon: “I agree 100 percent, but the base of the party, the core of the party, likes the clown show....They’re playing with fire.”
— MSNBC’s Hardball, September 22, 2009.

“It seems to me that there is a sort of meanness that’s settled over our political dialogue. It started this summer at these town hall meetings....President Carter is now saying that he thinks it’s racial. Nancy Pelosi says it could be dangerous. What do you think it’s all about?”
— CBS’s Bob Schieffer to President Obama on Face the Nation, September 20, 2009.

“House Speaker Pelosi worried about the opposition, the tone of it, perhaps leading to violence as it did in the ’70s. There’s more recent examples of anti-government violence — occurring even in the mid-’90s. Do you worry about that?”
— David Gregory to Obama on NBC’s Meet the Press, September 20, 2009.

“I was in Israel interviewing Prime Minister Yitzhak Rabin just before he was assassinated in 1995....The parallels to Israel then and America today turn my stomach: I have no problem with any of the substantive criticism of President Obama from the right or left. But something very dangerous is happening. Criticism from the far right has begun tipping over into delegitimation and creating the same kind of climate here that existed in Israel on the eve of the Rabin assassination.”
— New York Times columnist Thomas Friedman, September 30, 2009.

“Is President Obama at risk, not politically, but physically? Has the political heat over issues big and small gotten so hot, it threatens the President’s life?...Congressman Patrick Kennedy, whose uncles John and Bobby were assassinated, warns that angry opposition to health care reform could lead to violence. There are consequences, he said, to angry rhetoric.”
— Host Anderson Cooper on CNN’s AC360, September 30, 2009.

Moderator David Gregory: “Your wife famously talked about the vast right wing conspiracy targeting you. As you look at this opposition on the right to President Obama, is it still there?”
Former President Bill Clinton: “Oh, you bet. Sure it is.”
— NBC’s Meet the Press, September 27, 2009.

So Much for Sticking Up for Fellow Journalists

“Let me be precise here: Fox News peddles a fair amount of hateful crap. Some of it borders on sedition. Much of it is flat out untrue.”
— Time’s Joe Klein on the magazine’s “Swampland” blog, October 23, 2009.