Honeymoon from Hell: The Liberal Media vs. President Trump 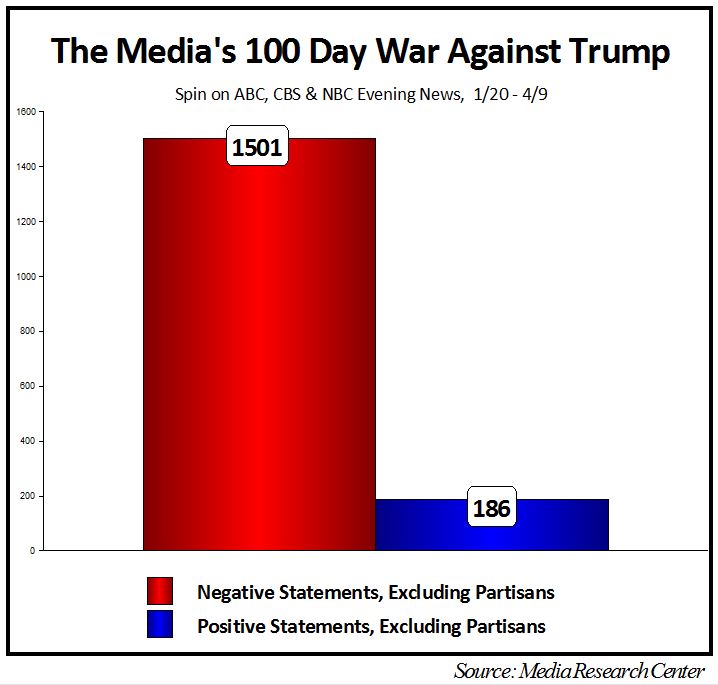 As President Trump approaches the end of his first 100 days in office, he has received by far the most hostile press treatment of any incoming American president, with the broadcast networks punishing him with coverage that has been 89% negative. The networks largely ignored important national priorities such as jobs and the fight against ISIS, in favor of a news agenda that has been dominated by anti-Trump controversies and which closely matches what would be expected from an opposition party.

For example, President Trump’s push to invigorate the economy and bring back American jobs received a mere 18 minutes of coverage (less than one percent of all airtime devoted to the administration), while his moves to renegotiate various international trade deals resulted in less than 10 minutes of TV news airtime.

Using these criteria, MRC analysts tallied 1,687 evaluative statements about the Trump administration, of which 1,501 (89%) were negative vs. a mere 186 (11%) which were positive.

The networks spent 223 minutes on the battle over the President’s executive orders aimed at temporarily banning immigration from seven (later reduced to six) countries that are either failed states or otherwise safe havens for Islamic terrorism. All three networks showed their disdain by filling their newscasts with soundbites from those distressed by the order. “I feel ashamed to be living in this country now,” one traveler was shown saying on CBS’s January 28 broadcast, while ABC weekend anchor Cecilia Vega said the order had created “chaos, confusion and fear.”

“It feels like a nightmare,” a Syrian resident of Pennsylvania told NBC two days later, after his relatives arrival was delayed by the order. There was no balance to this debate, with our analysts tallying 287 negative statements on this topic vs. a mere 21 positive, which computes to an astounding 93% negative spin.

The next-most-covered item (222 minutes) was the continuing probe of Russia’s presumed role in last year’s hacks of Democratic e-mails, and whether individuals connected to the Trump campaign may have participated in the scheme. While this topic generated only about half as many evaluative statements as the travel ban, an overwhelming 97% (153 out of 157) were critical of President Trump and his associates.

The GOP effort to repeal and replace ObamaCare received 152 minutes of evening news coverage, with a ridiculously lopsided 94% hostile spin (193 negative vs. 12 positive statements). The Trump administration’s effort to crack down on illegal immigration, including increased deportations, an end to sanctuary cities, and a border wall, received 120 minutes of network coverage, 93% of which was negative (117 negative vs. 9 positive statements). 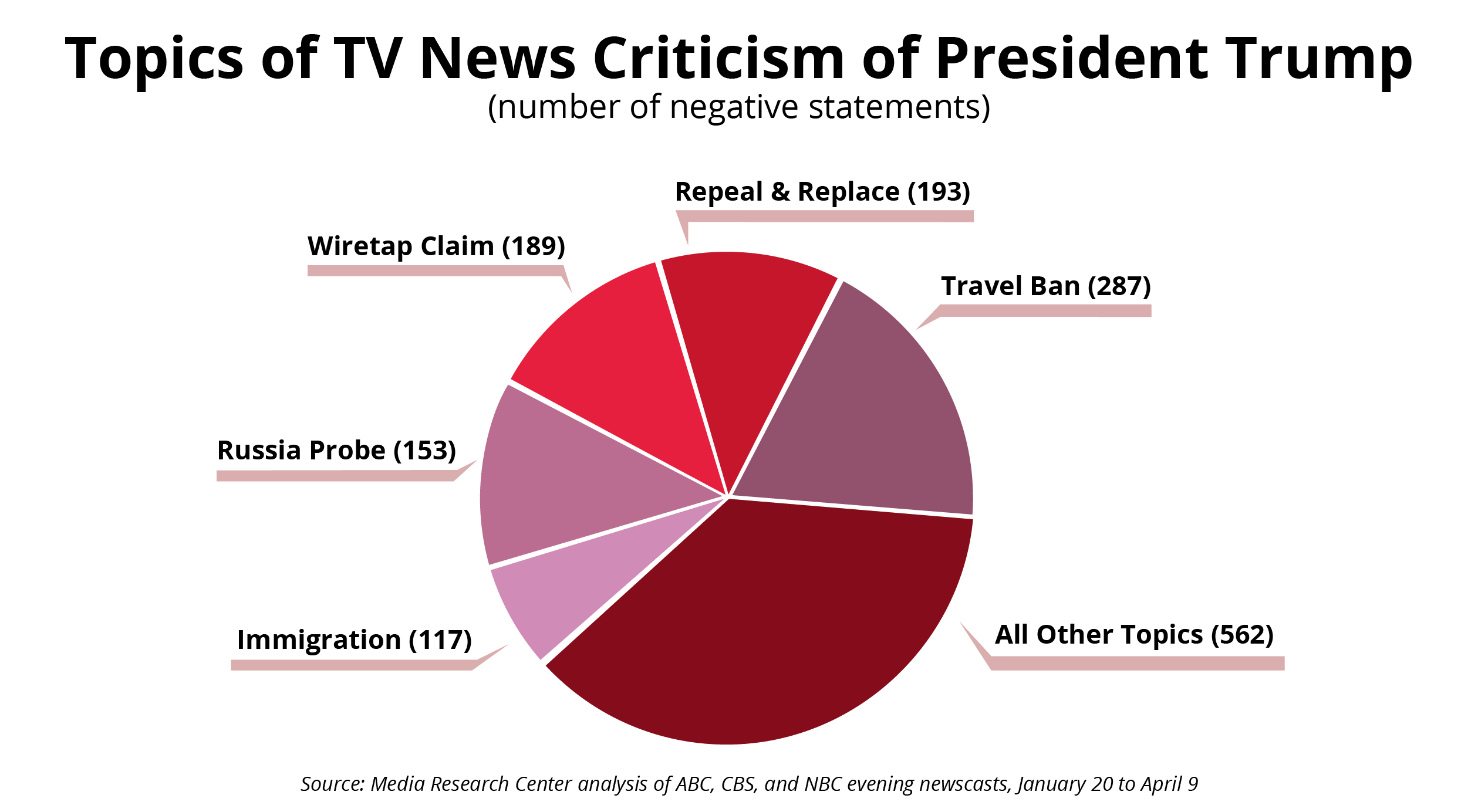 And the President’s March 4 claim that Trump Tower was “wiretapped” by President Obama drew 97 minutes of coverage, an astronomical 99.5% of which was negative: 189 negative statements, vs. only a single soundbite in support of the President — a man at a pro-Trump rally shown on ABC’s World News Tonight on March 5, saying, “I think there’s some validity in Mr. Trump’s comments.”

Network anchors used the flap to brand the President as an incorrigible liar. “After a string of unproven claims, will this President struggle to keep the trust of the American public?” NBC’s Lester Holt intoned on his March 20 newscast. 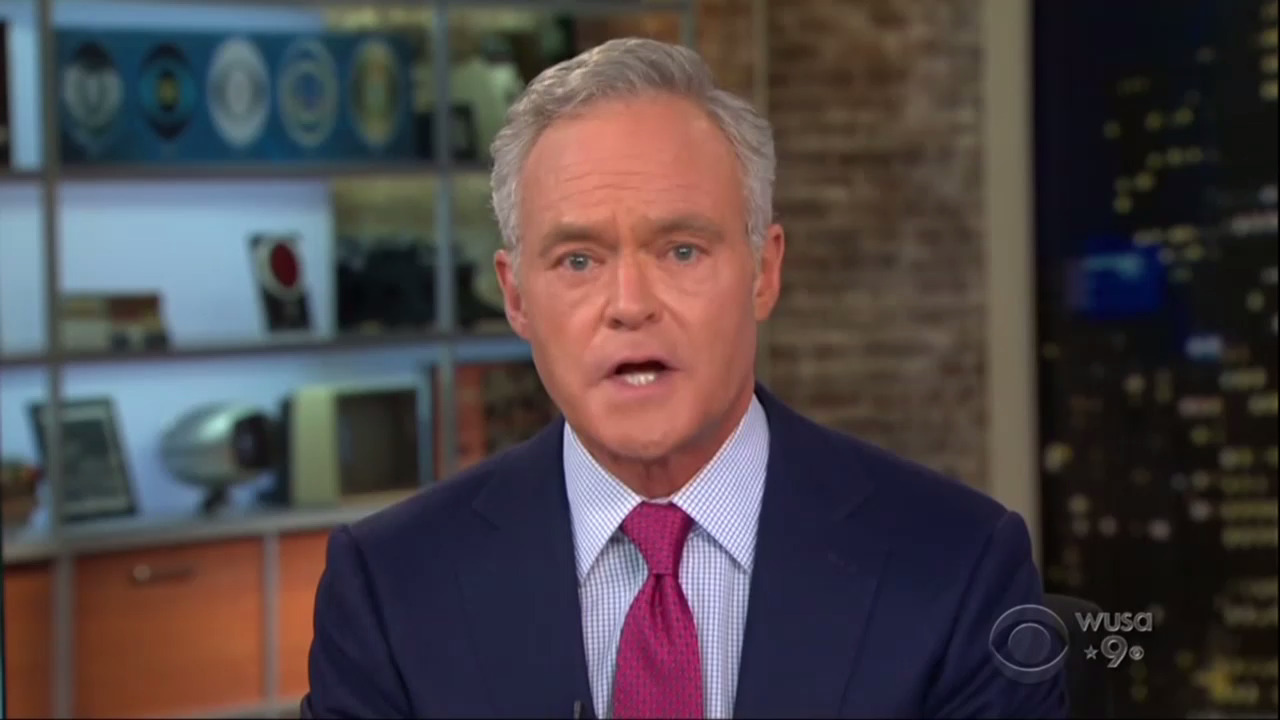 Earlier, on March 8, CBS’s Scott Pelley suggested President Trump had psychological problems, asking longtime Democratic official Leon Panetta: “Is it appropriate to ask whether the President is having difficulty with rationality?”

Other topics, ostensibly far more important to voters, were pushed far down the network news agenda. The entire process, from nomination to confirmation, of new Supreme Court Justice Neil Gorsuch received just 69 minutes of network evening news coverage. The ongoing war against ISIS, including the tragic raid in Yemen that killed a Navy SEAL, was given just 57 minutes of coverage.

Eight years ago, the networks’ treatment of President Obama’s first 100 days was very different. Back then, the networks delivered most of their coverage to Obama’s key policy priorities, topped by the nearly $1 trillion “stimulus” package (150 stories, or 15% of the total). The network spin for that legislation: 58% positive, vs. 42% negative.

As MRC analysts calculated at the time, the networks also doled mostly positive coverage for Obama’s intervention in the housing market (59% positive), his decision to use taxpayer money to fund embryo-destroying stem cell research (82% positive), as well as his push for more government action on global warming (78% positive).

“The President’s first seven weeks have been a whirlwind, with often dramatic movement in all directions, on all fronts: the economy, health care, two wars and today education reform,” then-anchor Brian Williams marveled on the March 10, 2009 NBC Nightly News.

On World News, March 1, 2009, ABC’s medical editor, Dr. Tim Johnson, gushed after a forum on health care: “I was blown away by President Obama’s grasp of the subject, how he connected the dots, how he answered the questions without any script.” 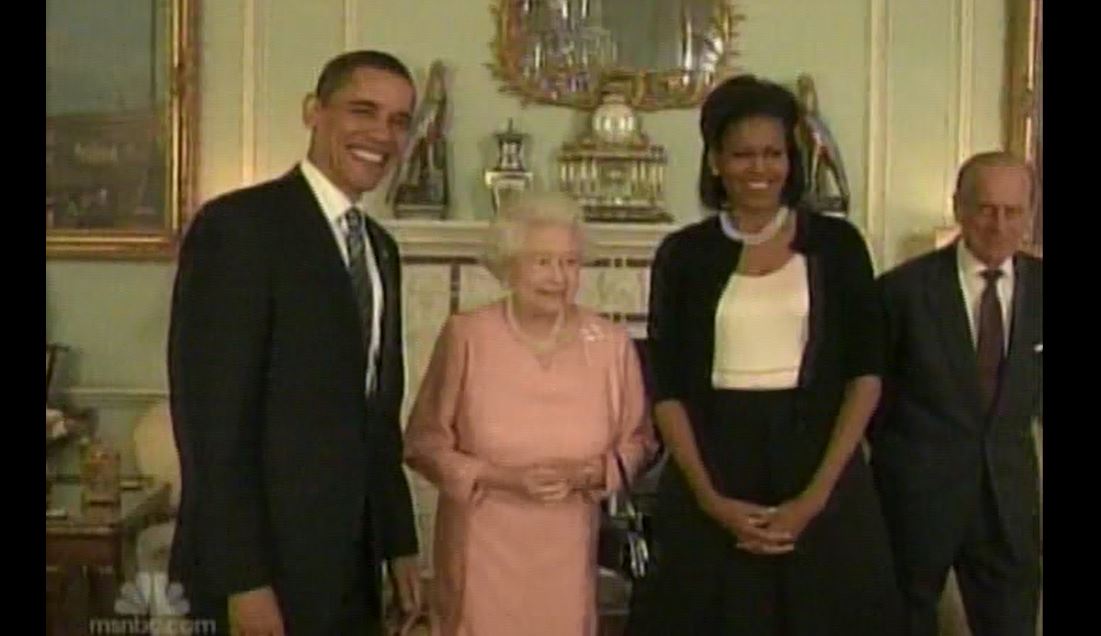 The networks also broadcast dozens of stories that treated Obama and his family as pop culture celebrities. “From the moment the Obamas landed in Britain, hand in hand, many here were already star-struck,” NBC’s Dawna Friesen enthused on the April 1, 2009 Nightly News. Covering a European leaders summit a few days later, ABC’s David Muir warmly referred to Obama as “the cool kid in the class.”

Needless to say, President Trump and his family have received no such positive reviews. Instead, the media’s reaction this President has been unremittingly hostile, with aggressively negative coverage of both the new administration’s policy agenda as well as his character.

When the President shares the media’s liberal mindset, journalists are willing to be seen as cheerleaders, shaking their pom-poms on behalf of the White House. But when voters select a President who challenges the liberal establishment, those cheerleaders morph into unleashed pitbulls, ferociously attacking both the President and his agenda.