Critics from across the media spectrum have slammed BuzzFeed for publishing something they failed to corroborate, a 35-page dossier of smarmy allegations against Donald Trump that was assembled by a firm hired to do opposition research on the GOP candidate.

On MSNBC’s MTP Daily on Wednesday, for example, host Chuck Todd scolded BuzzFeed’s editor, Ben Smith, telling him he had “published fake news,” and that his claim of offering “transparency” could be seen as “a crutch” justifying “laziness.” 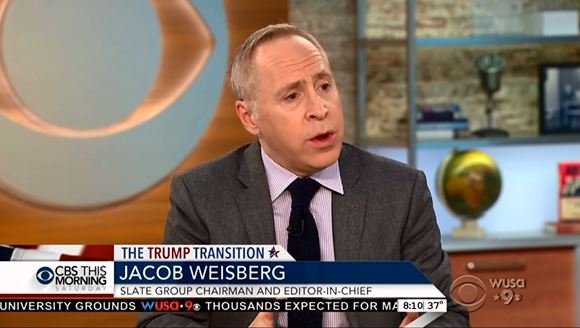 But this morning (Saturday), CBS — which has refused to publish the details — brought on Slate editor-in-chief Jacob Weisberg, who saluted BuzzFeed’s decision to disseminate the anti-Trump hit piece.

Weisberg admitted that the document was composed of “gossip” including some which is “not true,” but nevertheless “I’m glad BuzzFeed published it because I got to read it.”

So much for the old media’s rationalization that they are superior to bloggers because they are equipped to carefully investigate claims and will prevent the publication of irresponsible rumors and gossip.

Here’s the video of the exchange on the January 14 edition of CBS This Morning: Saturday, followed by a transcript:

Co-host ALEX WAGNER: Let’s talk a little bit. I’d like to know your perspective on BuzzFeed’s decision to publish the full, unsubstantiated 35-page dossier of the Russian allegations. Where do you sit on that, in terms of that being a responsible move or not? 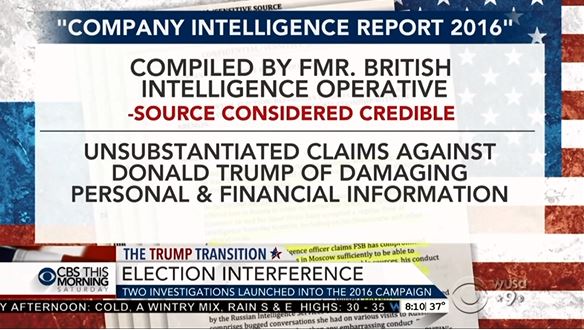 The point is it has to be treated with kid gloves in the sense that you say this is a document that was created privately, not by our intelligence agencies. We don’t know whether a lot of what’s in it is true. What I suspect is, it is a kind of raw intelligence. It’s gossip that was floating around Moscow. Quite likely some of it is not true, some of it is true, and some of it is partially true. And we have to find out — we have to sort it out. But I think it being out there is beneficial to the public and really to the country.