Trump's Anti-GOP Complaints Are Big News, While Threats to Anti-Trump GOPers Are Ignored 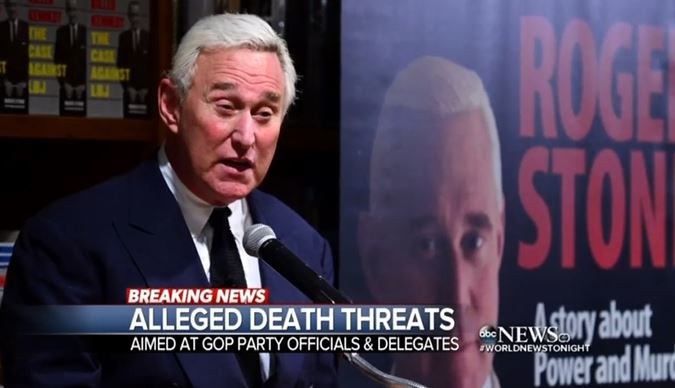 Here’s what is most unusual about this week in news coverage of the GOP nomination drama: what’s not the top story of the week. On April 13, ABC’s World News Tonight correspondent Tom Llamas devoted most of that night’s report to chilling death threats against the Colorado state Republican party chairman, angered at how Donald Trump failed to win any delegates at the weekend party convention.

Besides that one report, and two minor mentions (one on ABC’s Good Morning America and on Thursday’s CBS Evening News), that’s all the broadcast news attention given to reports of actual death threats in this increasingly nasty presidential race: 110 seconds in total, not a moment of which was on NBC.

But since the Colorado convention through Thursday night (April 10 through April 14), the broadcast networks have aired a collective 45 minutes, 30 seconds of coverage of Trump’s complaints that the GOP nominating system is “crooked” and “rigged.” That’s 24 TIMES more airtime spent on Trump’s grievance about the process, vs. death threats against anti-Trump Republicans.

For this report, MRC analysts looked at all of the network morning and evening news programs from April 10 through April 14, plus the three Sunday politically-themed talk shows from April 10 (ABC’s This Week, CBS’s Face the Nation, and NBC’s Meet the Press). 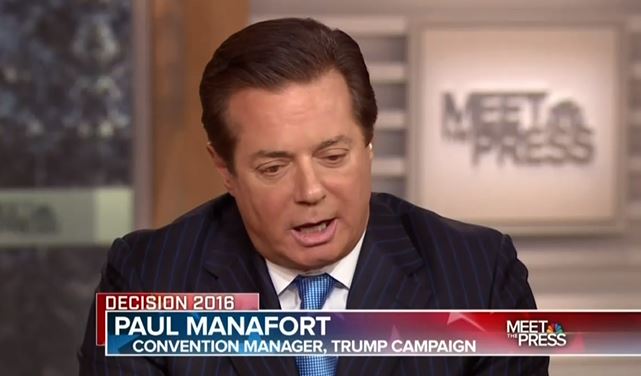 While the networks devoted only minor coverage to the absolutely awful death threats against anti-Trump Republicans (Colorado GOP chairman Steve House told ABC he received an anonymous phone call telling him: “I need you to do me a favor. Get your gun, put it in your mouth, pull the trigger....If you can’t do that, I’m going to send someone over to the house and help you.”), they gave virtually the same amount of coverage to Trump’s convention chairman, Paul Manafort, accusing the Cruz campaign of being Nazis, saying on NBC’s Meet the Press: “You go to these county conventions, and you see the tactics, Gestapo tactics.”

While NBC’s Chuck Todd immediately challenged Manafort in a 32-second exchange, nothing further was said on NBC about Manafort’s inflammatory rhetoric. ABC included the quote in their reporting on Sunday’s World News Tonight and Monday’s Good Morning America, but included no criticism; CBS did the same in two segments on Monday’s CBS This Morning.

Total coverage of the Trump campaign’s charge of “Gestapo tactics” against Team Cruz: a mere 100 seconds. 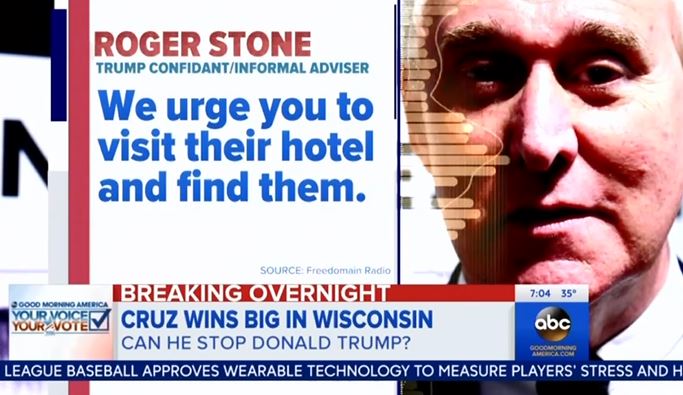 Last week, a video surfaced of longtime Trump advisor Roger Stone, who continues to promote the GOP frontrunner, seeming to threaten anti-Trump delegates to the GOP national convention in July. “We’re going to have protests, demonstrations. We will disclose the hotels and the room numbers of those delegates who are directly involved in the steal,” Stone told a radio show. “We’ll tell you who the culprits are. We urge you to visit their hotel and find them.”

This week, NBC’s Chuck Todd raised it with Manafort in his Meet the Press interview; later in the same show, the issue was raised again by Cruz supporter Glenn Beck in a later segment. And ABC’s Llamas played the Stone clip again in his Wednesday night story about the threats being made against Trump’s opponents.

Clearly, Trump’s complaints about the delegate selection process require coverage, and in many cases network reporters are suggesting the outcome in Colorado is the consequence of the billionaire’s political incompetence, not a “rigged system.”

Despite the coverage’s anti-Trump tone, the networks’ heavy focus on his claims of a “crooked” nominating system, compared to their near-censorship the much more serious threats being made in Colorado and Indiana, and the implied threats being made by a powerful longtime aide, shows once again how the GOP frontrunner continues to set the TV news agenda.