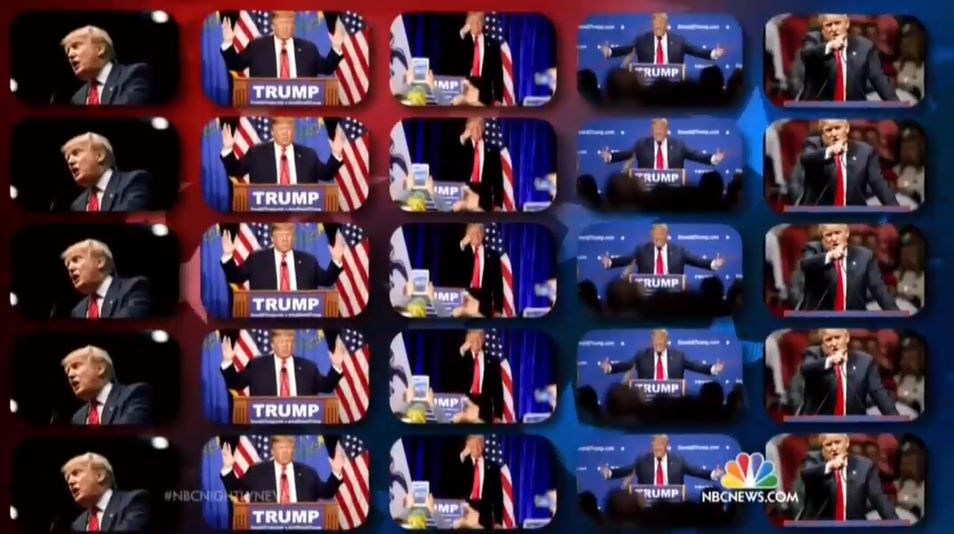 Once again in February, ABC, CBS and NBC devoted a majority of their Republican primary coverage to Donald Trump, who received three times more attention than his top competitors, Senators Marco Rubio and Ted Cruz.

Compared to January, Trump’s total airtime on the Big Three evening newscasts actually increased in February to 187 minutes, vs. 157 minutes the month before. Trump’s share of the coverage amounted to just over 50 percent of the total for all of the Republican candidates in February.

Runner-up Marco Rubio netted 67 minutes of airtime in February (18% of the GOP total), while Cruz snagged 62 minutes (just under 17%). This marks a big increase for Rubio since January, when the Florida Senator received just 10 minutes of airtime, but a drop for Cruz, who was the focus of 79 minutes of network coverage in January. 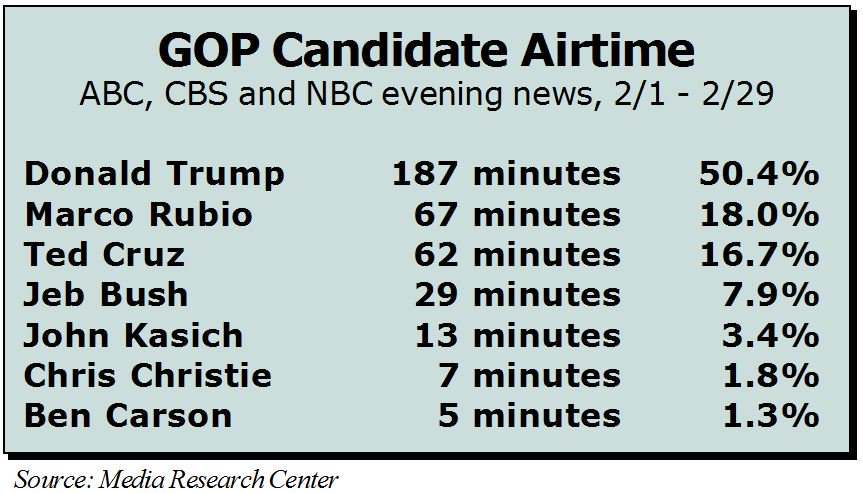 The networks apparently found the waning days of former Florida Governor Jeb Bush’s campaign more compelling than that of Ohio Governor John Kasich. Up until his departure from the race on February 20, Bush received 29 minutes of airtime (8% of the total), more than double the amount received by Kasich (13 minutes, or 3.4%).

Since the start of the campaign, Trump has received a total of 923 minutes of airtime from the three broadcast evening newscasts, or 54 percent of the total GOP coverage. This is more than four times the coverage given to Ted Cruz (205 minutes, or 12% of the total), and six times what Marco Rubio received (139 minutes, or 8%).

Much of this coverage has obviously been highly critical, with significant airtime devoted to Trump controversies, including his refusal in an interview on Sunday to condemn David Duke and the Ku Klux Klan (something Trump has since done). But the media’s saturation coverage of Trump in 2015 made it next-to-impossible for other conservative candidates to become well-known and, on balance, seems to have helped Trump cement his status as GOP frontrunner.