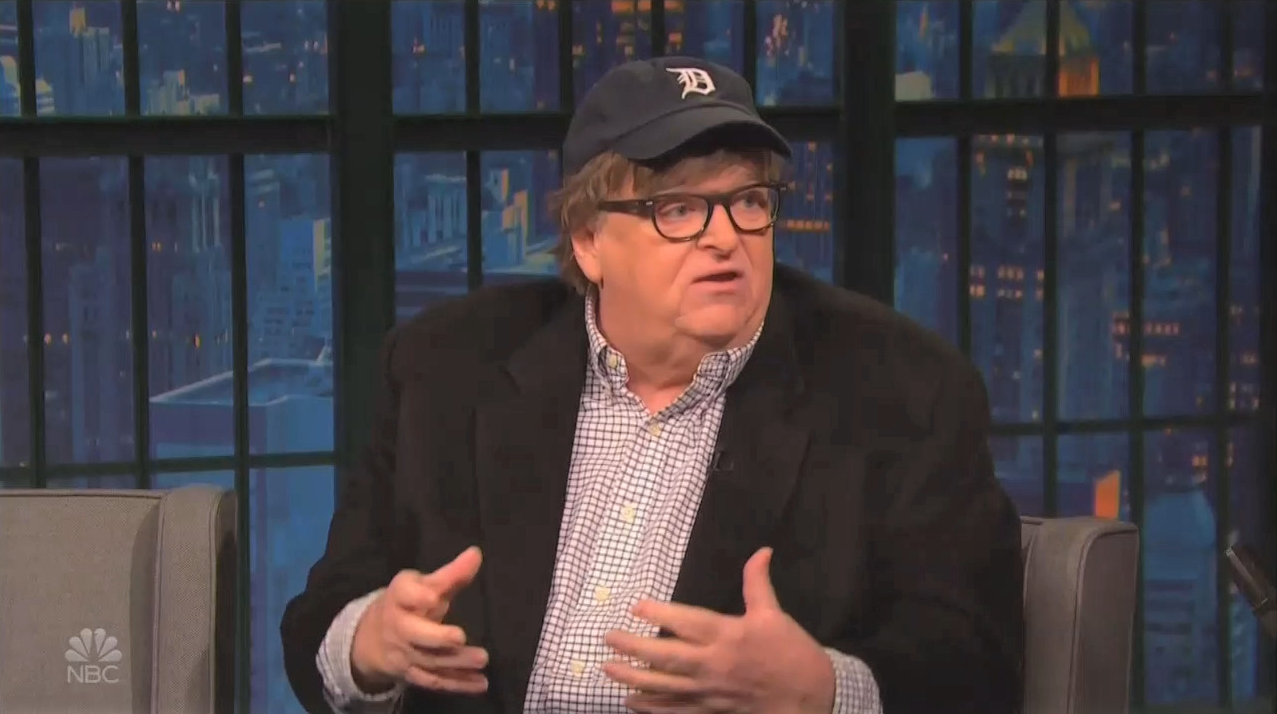 It’s been quite a while since liberal filmmaker Michael Moore has done anything more than appear as a guest on liberal outlets like MSNBC, touting weird conspiracy theories and far-left talking points. That changed on Wednesday, the 50th anniversary of the Earth Day event, when Moore announced the release of Planet of the Humans, an online film that blasts humanity for having too many children. It also asks: What would happen if green projects cannot sustain life as we know it?

The movie is free online. The director has fallen a long way from 2004 when Fahrenheit 9/11 grossed over $200 million at the box office.

According to an article written by Jill Serjeant, an environmental correspondent for the Reuters news service, the film asks a “sobering” question:

What if wind farms, solar panels and other green energy projects are not enough to save the planet, and humanity simply cannot sustain life as we know it?

“It seems like we have been losing the battle,” Moore told Reuters. “We are in deep, deep trouble.”

Planet of the Humans was written and directed by fellow filmmaker Jeff Gibbs, producer of Fahrenheit 9/11, who claimed that the “mainstream environmental movement has sold out to corporate interests” and led to the “failure of well-meaning efforts to halt climate change.”

Moore said that he, like many people, thought electric cars were a good idea, “but I didn’t really think about where … the electricity [was] coming from.” The most bizarre suggestion came from Gibbs, who claimed people should simply have fewer children. “Infinite growth on a finite planet is suicide,” he fretted.

Serjeant stated that the project “includes interviews with scientists, industrialists and environmental activists, visits to wind farms, solar installations and biomass plants.” In addition, the film takes “an in-depth look at the companies that collaborate and invest in green energy initiatives.”

“I assumed solar panels would last forever,” Moore stated. “I didn’t know what went into the making of them,” he added, referring to such raw materials as quartz and the fossil fuels needed to manufacture the panels. Moore and Gibbs acknowledge that the film is bleak in parts but said they hope it will stimulate discussion.

Moore and Gibbs noted that mass shutdowns and plummeting air travel have been one impact from the coronavirus have shown how swiftly the planet could benefit from a change. “The economic standstill could cause carbon dioxide emissions to fall this year by the largest amount since World War II,” Serjeant quoted Rob Jackson -- chairman of the Global Carbon Project – as saying earlier this month.

“The fact that within days, animals are coming back and the skies are blue tells us that we don’t have to build a million square miles of solar panels or buy a zillion electric cars,” Gibbs stated.

So, all we need is a pandemic and an economic depression? No wonder Moore's movies don't connect with the public anymore.