NYT Contributor: COVID-19 Killing ‘Myth’ US Is Greatest Country of All 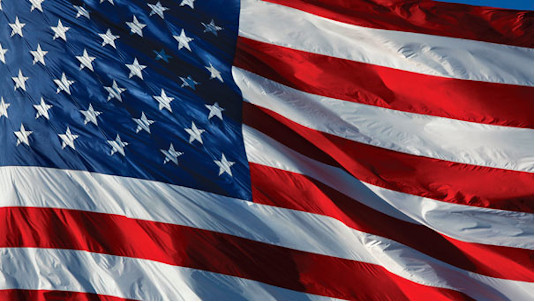 When anything draws as much attention for as long as the coronavirus outbreak has, it comes as no surprise that people in the “mainstream media” will have widely divergent views on that topic.

That concept was demonstrated on Friday, when New York Times contributor and "Professor of English and American Studies and Ethnicity at the University of Southern California, Viet Thanh Nguyen used the opportunity to criticize the “myth” that the United States is the “greatest country on earth.”

Only the Times would find a global pandemic the perfect opportunity to trash American patriotism. In his piece, “The Ideas That Won’t Survive the Coronavirus," Nguyen claims, "what might die after Covid-19 is the myth that we are the best country on earth."

The columnist then described the “symptoms” of the supposed malady as “inequality, callousness, selfishness and a profit motive that undervalues human life and overvalues commodities," while taking shots at President Trump for the alleged "racist blowback against Asians and Asian-Americans for the “Chinese virus.”

Nguyen argues that America's real problem isn't the coronavirus, it's the "structural inequalities of our society." He paints a bleak picture of America as a dystopian society while imagining what it could be like if his society's "structure" was reworked, in a not-so-subtle reference to socialism:

But we have a choice: Will we accept a world of division and scarcity, where we must fight over insufficient resources and opportunities, or imagine a future when our society is measured by how well it takes care of the ill, the poor, the aged and the different?

America has a history of settler colonization and capitalism that ruthlessly exploited natural resources and people, typically the poor, the migratory, the black and the brown. That history manifests today in our impulse to hoard, knowing that we live in an economy of self-reliance and scarcity; in our dependence on the cheap labor of women and racial minorities; and in our lack of sufficient systems of health care, welfare, universal basic income and education to take care of the neediest among us.

What this crisis has revealed is that, while almost all of us can become vulnerable — even corporations and the wealthy — our government prioritizes the protection of the least vulnerable.

...But if our society looks the same after the defeat of Covid-19, it will be a Pyrrhic victory.