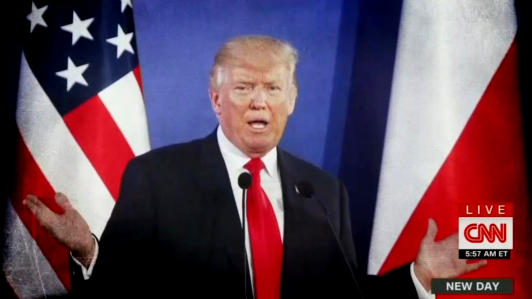 During the past few days, officials with President Trump’s re-election campaign and GOP California Senator Devin Nunes have taken legal action against the Washington Post regarding opinion editorials that defamed the Republican occupant of the White House and were described by Nunes as a “hit piece.”

The lawsuits against the liberal newspaper accuse the Post of slamming the President in columns by commentators Greg Sargent and Paul Waldman, while Nunes is acting in response to an article that “was manufactured out of whole cloth” regarding a classified House Intelligence Committee briefing on Russian interference in U.S. politics.

According to an article posted on Tuesday by David Folkenflik, a media correspondent for NPR News, the commentators are accused of promoting concerns that “Trump invited Russia’s help to boost his electoral futures” and “dovetail with the President's ongoing political strategy of targeting major media outlets as foes.”

Filed Tuesday in federal court in Washington, D.C., that lawsuit accuses Sargent and Waldman of misusing remarks Trump made during an interview with ABC's George Stephanopoulos in which the GOP official defended the idea of accepting damaging information about political opponents from foreign governments.

In Sargent's case, he wrote: "Trump and/or his campaign .… tried to conspire with Russia's interference in the 2016 elections.”

Also, Waldman asked: "Who knows what sort of aid Russia and North Korea will give to the Trump campaign now that he has invited them to offer their assistance?"

The President's lawsuit also refers to Special Counsel Robert Mueller's investigation into Russian interference in the 2016 election, which “concluded there was no conspiracy between the [2016] Campaign and the Russian government, and no United States person intentionally coordinated with Russia's efforts."

However, Folkenflik noted, publications can be held liable for incorrect statements of fact made within opinion columns in which publishers are believed to have acted with “reckless disregard” or “actual malice” as defined under the law.

The other lawsuit was filed by Rep. Devin Nunes, who is seeking $250 million in damages from the Post and intelligence reporter Shane Harris while noting that the action “arises out of a WaPo hit piece that was manufactured out of whole cloth.”

According to an article written by Jerry Dunleavy, Justice Department reporter for the Washington Examiner website and magazine, the California Republican’s 23-page Monday complaint stated: “Billionaire Jeff Bezos purchased WaPo in 2013 for the purpose of using WaPo’s mighty pen to influence federal elections.”

Nunes continued: “Bezos’ WaPo heavily promoted the Russian ‘collusion’ hoax between 2017 and 2019” even though “there was no evidence that any member of the Trump campaign colluded with any ‘Russian’ to influence the 2016 Presidential election.”

Even now, he noted, “Bezos and his printing press remain desperate to defame the President of the United States and his allies in Congress” while the Post has acted “in concert with House Democrats."

The Congressman also stated that the newspaper article “imputed to him ‘criminal conduct’ as well as ‘dishonesty, deceit [and] sharp and unethical practices.’”