A @maureendowd party is always crowded. The action is outside her Georgetown home. 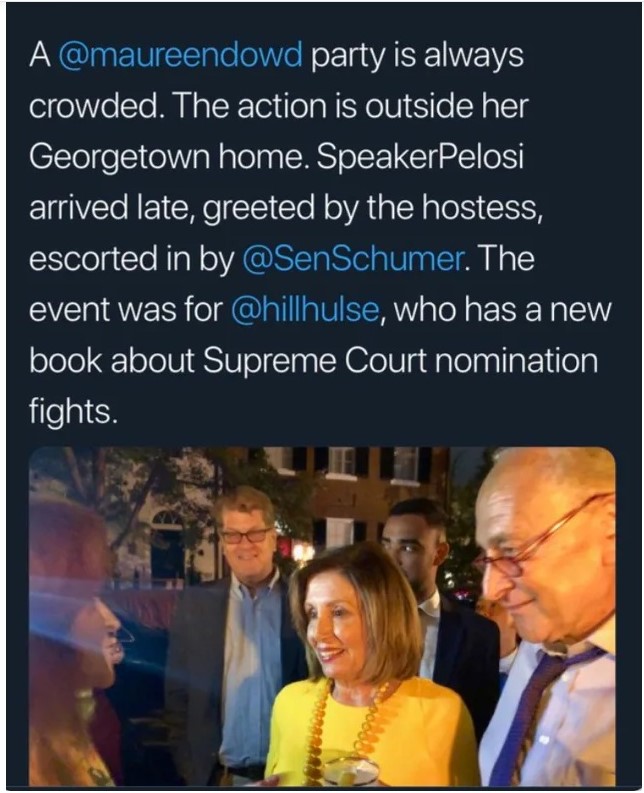 Dowd was throwing a party for her New York Times colleague Carl Hulse, for his new book Confirmation Bias: Inside Washington's War Over the Supreme Court, from Scalia's Death to Justice Kavanaugh. The Times certainly knows a lot about confirmation bias, since it's responsible for lots of it.

It wasn’t long before Fineman removed his tweet while lamenting the idea that it’s no longer “the old days.”

Tonight I tweeted a pic of a Georgetown party hosted by@maureendowd, attended by @SpeakerPelosi, @SenSchumer,and DC journos. In the old days it would’ve been a benign big-shot brag. No more. It was viciously ratio’d by left and right. I deleted it. All establishments are hated.

In "the old days," Democrats and "DC journos" partied together without controversy. But the Left was angry.

That photograph caught the attention of Katherine Krueger, managing editor of the Splinter news website, who entitled her article “Won’t Anyone Think of the Poor Elite?” 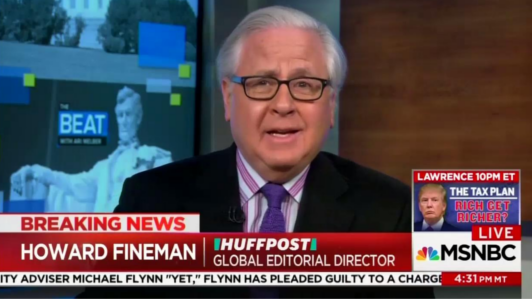 “This, to me, is genuinely hilarious,” Krueger stated, because Fineman “found himself in a controversy of his own making last night when he brag-tweeted a photo of a lively party,” which was “apparently so crowded that two VIPs -- Nancy Pelosi and Chuck Schumer -- were still outside the house.”

"In the picture, Pelosi is all smiles as she greets Dowd after a long day of watching the useless grilling of Robert Mueller, to which her response was uhhhh a chart," she wrote. "This party also came after Pelosi gave a recent, now-infamous interview to Dowd in which she lobbed attacks at the Squad, setting in motion Donald Trump’s vilifying the four congresswoman for days and days on end."

On the Left today, criticizing "The Squad" is an atrocious scandal.

Krueger concluded sarcastically: "Won’t someone think of the poor elites, those members of the DC establishment, so close in their goals and shared notions of the world that they party together in Georgetown. Yes, everyone hates you, and with very good reason."