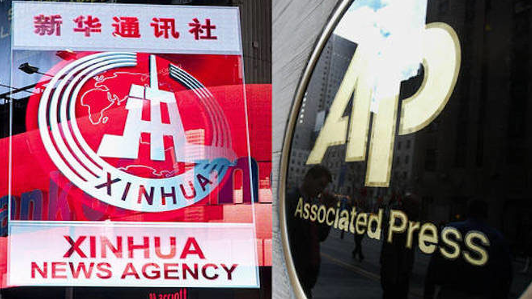 One of the foundations in America is the need for a free press that is not unduly influenced by outside interests, which can range from influential people to corporations or governments.

However, several members of Congress fear that concept is in danger of being greatly diminished due to an expanded “relationship” between the Associated Press and Xinhua, China’s largest state-run news agency.

According to an article written by columnist Josh Rogin in the Washington Post:

In Washington, lawmakers in both parties are calling out such arrangements and demanding U.S. media companies make sure they don’t become tools of Chinese government propaganda.

Rogin also stated that “the Chinese Communist Party (CCP) is organized around manipulation and control of information and ideas.” The goal, he continued, “is to suppress any criticism of the Chinese government and shape the international discussion of China in ways favorable to the party’s interests.”

Chris Walker, senior vice president at the National Endowment for Democracy, was quoted as saying: “As media outlets in Australia and elsewhere have found, engagement with Chinese state media can induce self-censorship on certain issues or the unwitting carrying of CCP propaganda lines.”

Rogin also referred to an announcement on November 25 by Xinhua that the agency and the AP had signed a memorandum of understanding (MOU) “expanding cooperation with the U.S. news service” while “enhancing mutually beneficial cooperation.”

That agreement “raised alarms in Congress,” the columnist added, and “14 U.S. lawmakers sent a letter on December 19” to AP chief executive Gary Pruitt that stated in part:

In sharp contrast to the AP’s independent journalism, Xinhua’s core mission is to shape public opinion in ways sympathetic to the CCP’s legitimacy and behavior.

As part of a broader geopolitical strategy, the Chinese government ... plans to expand to 200 foreign news bureaus by 2020 -- a 64 percent increase from 2009.

The lawmakers also pointed out that the Justice Department has “required Xinhua to register … under the Foreign Agents Registration Act.”

Rep. Mike Gallagher of Wisconsin, one of the Republicans who signed the letter, noted that the Chinese agency has a “propaganda mission” that is “wholly distinct from legitimate fact-based journalism.”

However, AP spokeswoman Lauren Easton responded that the news agency’s agreement with Chinese state media is intended to allow the Associated Press to operate inside China and has no bearing on AP’s independence.

The recent memo of understanding updates a relationship that has been consistently the same since 1972 and opens the possibility for future commercial interactions, similar to agreements AP has with other state news agencies around the world,

It does not include or envision any sharing of artificial intelligence information or any other technology.

Xinhua has no access to AP’s sensitive information and no influence over the agency’s editorial products, she said.

Nevertheless, Rogin stated: “The fact that Xinhua and AP can’t even agree on the nature of their cooperation illustrates the concern.”

“We need to be certain that this MOU is not an IOU,” stated Rep. Brad Sherman, who also signed the letter to Pruitt.

“Xinhua uses its bureaus in the U.S. to collect intelligence for Beijing,” the Democrat from California continued, “so it’s common sense that a cooperation agreement with it and the AP should be scrutinized. We need full transparency.”

In the wake of accusations that Russia interfered in the 2016 elections, Rogin added, “no Western media outlet would partner up with RT.com (formerly known as Russia Today) or Sputnik (another Russian government website)."