Making the Killers Pay for What They've Done 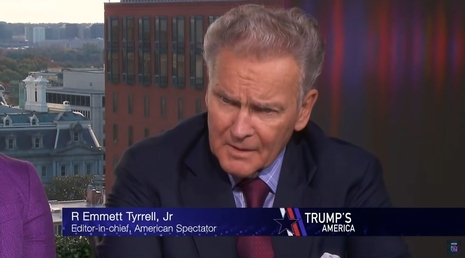 WASHINGTON – Have you been following the massacres in America? It would be difficult to miss them. By the time I finish this column, and you have read it, maybe another 20 Americans will have succumbed to mass murder.

There is, in a country composed of a mix of practical people and idealists, the urgent felt need to do something to end the killing. We are today stuck on the idea of gathering up all the guns, though that is no solution at all. How are we going to gather up some 400 million guns? Other solutions strike me as equally far-fetched.

I heard a learned man last week on National Public Radio come up with a learned idea. He said that America is a "visual culture." Thus, we should produce graphic pictures of the carnage caused by bullets when fired at massacres, such as those visited upon Uvalde, Texas, and Buffalo, New York. Well, we are not, strictly speaking, a visual culture. Consider how much music we consume. Are we a musical culture? Pictures of little children with bullets tearing their bodies apart are, according to this learned man, going to encourage the citizenry to some sort of miraculous action against the perpetrators of such atrocities. I have my doubts.

Americans are already aroused and active all across the country, and they have not found a way to dissuade mass murderers. I do not have a solution to the problem, but I do have a suggestion that might deter some of these homicidal maniacs. It must all be very exciting to a psychotic loner who reaches for a gun to stir up his community, as was done in Texas and New York recently. But that will be his last moment of excitement ... forever. Imagine how painfully dreary his life will be if he is apprehended, or perhaps he has already been apprehended. How dangerous his life will be in the company of killers at a maximum-security penitentiary. How there will be no way out of it for him. His meals will be dictated until he dies; so, too, his sleep and his recreation. He will have no freedom forever. He will either be executed or serve a life sentence.

If we really are serious about eliminating gun violence, we have got to get serious about general violence. That will not be easy, for our whole culture is riven with violence. One sees it in children's cartoons. One sees it in prime-time television entertainment. One sees it in "road rage." One even sees it in politics. In our last series of primaries and the 2020 elections, I noted it in the Democrats' resort to the F-word. It is everywhere, and very few commentators want to comment on it. What are you going to do, close down Hollywood? Detumesce the Big Apple? Tell Beto O'Rourke he has to submit his public statements to the Thought Patrol?

The violence we see in the streets is only the most obvious manifestation of the violence that is all around us. Yet, there is no reform organization that has been established to lessen the violence. Mothers Against Drunk Drivers is fine and even noble, but how about Mothers Against Violence in Our Entertainments, our schools, and all around us. How about Mothers Against the Walt Disney Company? My suggestion is to remind people of where these mass murderers are going to end up if they are not killed in the act. It will be no fun. Yet, it is only a suggestion on how to deal with one form of violence. There are many more out there.