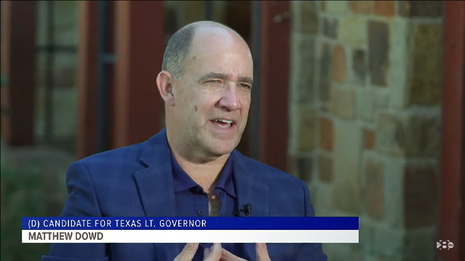 That was quick. Frequent CNN and MSNBC guest Matt Dowd announced late in September that he was running for Lt. Governor of Texas and just a little over a couple of months later he is quitting. And why is he quitting the race? Because of what he perceives to be the self-sacrificial noble cause of "diversity." I kid you not.

Matthew Dowd, a former George W. Bush political strategist who had launched a bid to be the Democratic nominee for lieutenant governor in 2022, ended his campaign Tuesday, six days before the candidate filing deadline.

In a statement, Dowd, who is white, said he was dropping out of the race to make way for a more diverse field of candidates.

"When I first announced, the only other candidate was a white male Christian," Dowd said, referring to fellow Democratic candidate Mike Collier. "A diverse field is now emerging in the Democratic primary for this office. I do not want to be the one who stands in the way of the greater diversity we need in politics."

Or maybe Dowd was just so cheap that he didn't want to pay the filing fee.

Did the genesis of the diversity drop-out shtick occur to him on October 4 when it seems that CNN's Brianna Keilar gave him the excuse for future use?

I do want to ask you about something that you wrote in 2018. You said, "I would humbly suggest that we as white male Christians to step back and give more people who don't look like us access to the levers of power. As a white male Christian in America, I am part of a dwindling subset that has held the levers of power politically and economically in nearly every field for the entire history of the United States." So obviously you were expressing sentiment that there needed to be more representation, and now you are running for lieutenant governor. How do you square that?

Perhaps the most concisely accurate as well as hilarious summary of his dropout excuse came in this Tweet: 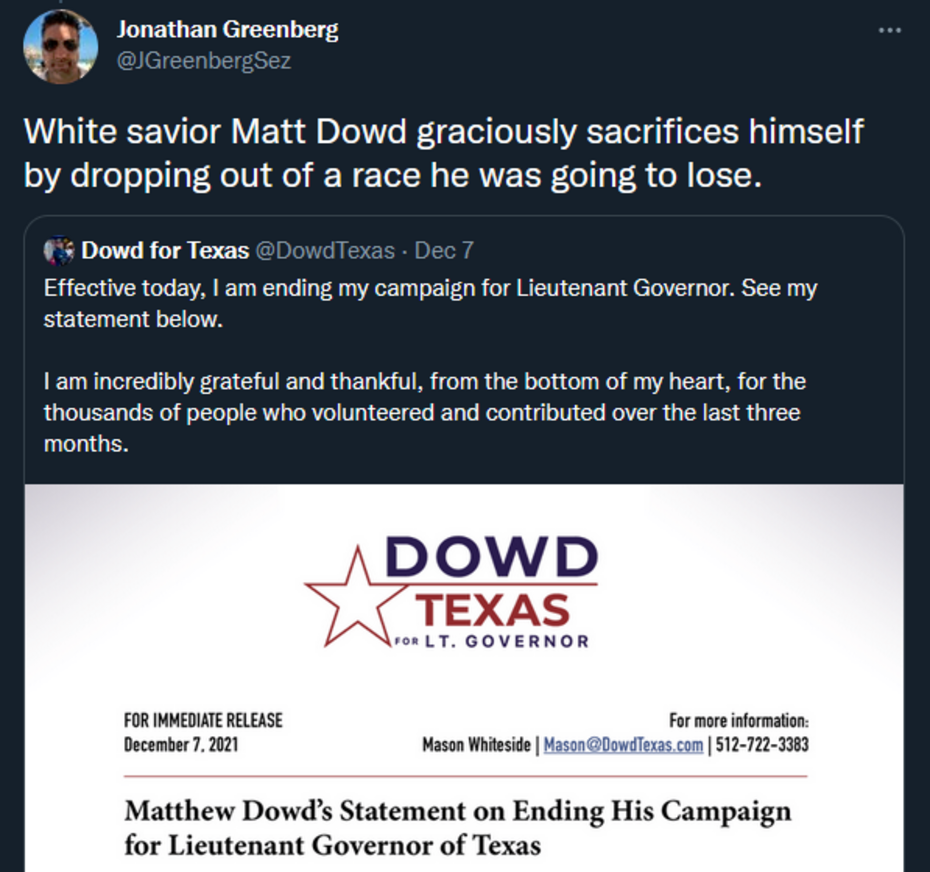