Variety: Flood of Liberal Movies Will Attempt to Sway Election 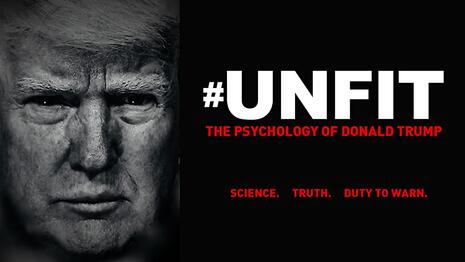 Variety magazine was in a state of full gush on Wednesday over the "flood" of liberal movies that are being released in the weeks just before the election. Of course, no discussion about any profits that will be earned by these films since it is all too obvious that the main goal is not to earn money but to try to influence the outcome of the election.

Here is Variety's Dave McNary hyping the liberal producers' and filmmakers' attempt at blatant propaganda in their article, "Get Ready for a Flood of Political Movies Leading Up to the Election."

With only three weeks before a particularly consequential Election Day, political movies — both documentaries and docudramas — are flooding the market in an effort to keep voters engaged and enraged.

Most prominent are Aaron Sorkin’s star-studded “The Trial of the Chicago 7,” Alex Gibney’s pandemic response expose “Totally Under Control” and Liz Garbus-Lisa Cortés’ “All In: The Fight for Democracy.”

But that’s just the tip of the political iceberg of movies taking advantage of the heightened political climate this month. There’s also “The Soul of America,” directed by KD Davison and based on Jon Meacham’s 2018 book “The Soul of America: The Battle for Our Better Angels.” The film explores historical challenges such as the women’s suffrage movement, the incarceration of Japanese Americans during WWII, and the struggle to pass Civil Rights legislation. HBO is airing on Oct. 27.

Yup! All produced or written by liberals starting with anti-Trump Aaron Sorkin and ending with the TDS-afflicted MSNBC contributor Jon Meacham who, as the former editor of Newsweek, decided it was a great business decision to cut the number of subscriptions with the result that periodical ended up being sold for a buck.

All In: The Fight for Democracy is so blatantly political that it is even being incorporated into voter registration drives as well as recruiting teachers to spread liberal propaganda:

Amazon Studios released “All In: The Fight for Democracy” on Prime Video on Sept. 18. It’s directed by Oscar-nominated and Emmy-winning filmmakers Garbus and Cortés and focuses on Stacey Abrams, who ran as the Democratic Party’s nominee in the 2018 gubernatorial election in Georgia and was the first Black woman to be a major-party gubernatorial nominee in the United States. She narrowly lost to Republican Brian Kemp, who was accused by Abrams of voter suppression activities after he refused to resign as secretary of state while campaigning for governor.

The campaign for “All In” is targeting voter registration and education with a 22-city bus tour; financial grants given to 14 local organizations in 10 states with stricter voter restrictions; the Ground Game campaign initiative working to register more than 100,000 voters and distribution of “know our rights” materials to at least 1 million voters.

The campaign has already recruited 20 “teacher ambassadors” who will be trained to teach other teachers in their schools and networks on how to utilize these free resources in the classroom.

Possibly the most TDS movie of them all, although there are strong competitors, is “#Unfit: The Psychology of Donald Trump."

“#Unfit: The Psychology of Donald Trump,” directed by Dan Partland. The film explores the contention that President is a “malignant narcissist” and the qualities that define that syndrome: paranoia, anti-social personality disorder, and sadism. A A Dark Star Pictures release that became available on demand on Aug. 28.

And if that description does not convince you of it's extreme derangement over Trump, then perhaps the trailer will do the trick:

Finally, we have American Dharma which is a documentary about Steve Bannon which is being re-released since it originally premiered in 2018. Variety gives no clear indication if it is liberal propaganda but in an extensive Vox interview with the director, Errol Morris, he wrings his hands during much of the time worrying that some people might have missed his "irony" and thought his documentary could be misinterpreted as presenting Bannon in a favorable light.

Thanks for clearing that up, Errol, so we we mark down your film as safe for liberal audiences.