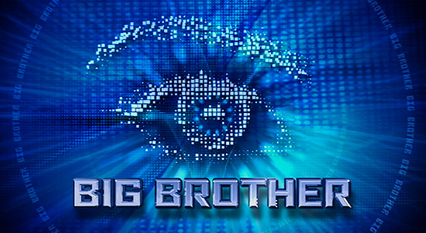 A couple of people writing at The Atlantic magazine see a fantastic silver lining in the current coronavirus outbreak. Jack Goldsmith and Andrew Keane Woods see the pandemic as a great opportunity to bring about more censorship along with surveillance of the public as they exulted on Saturday in "What COVID-19 Revealed About the Internet."

Just so you would know where they were coming from, the subtitle was "In the debate over freedom versus control of the global network, China was largely correct, and the U.S. was wrong." Got that? Totalitarian China is right and the USA is wrong when it comes to "freedom versus control of the global network." And in case you think they are being misinterpreted, their own words reveal they come down firmly in favor of Big Brother.

Covid-19 has emboldened American tech platforms to emerge from their defensive crouch. Before the pandemic, they were targets of public outrage over life under their dominion. Today, the platforms are proudly collaborating with one another, and following government guidance, to censor harmful information related to the coronavirus. And they are using their prodigious data-collection capacities, in coordination with federal and state governments, to improve contact tracing, quarantine enforcement, and other health measures. As Facebook’s Mark Zuckerberg recently boasted, “The world has faced pandemics before, but this time we have a new superpower: the ability to gather and share data for good.”

Practicing censorship but for our own good?

...Constitutional and cultural differences mean that the private sector, rather than the federal and state governments, currently takes the lead in these practices, which further values and address threats different from those in China. But the trend toward greater surveillance and speech control here, and toward the growing involvement of government, is undeniable and likely inexorable.

In the great debate of the past two decades about freedom versus control of the network, China was largely right and the United States was largely wrong. Significant monitoring and speech control are inevitable components of a mature and flourishing internet, and governments must play a large role in these practices to ensure that the internet is compatible with a society’s norms and values.

Freedom is slavery! And if you believe that then I guess you could come to the conclusion that "China was largely right and the United States was largely wrong."

After the 2016 election debacle, for example, the tech platforms took aggressive but still imperfect steps to fend off foreign adversaries. YouTube has an aggressive policy of removing what it deems to be deceptive practices and foreign-influence operations related to elections. It also makes judgments about and gives priority to what it calls “authoritative voices.” Facebook has deployed a multipronged strategy that includes removing fake accounts and eliminating or demoting “inauthentic behavior.” Twitter has a similar censorship policy aimed at “platform manipulation originating from bad-faith actors located in countries outside of the US.” These platforms have engaged in “strategic collaboration” with the federal government, including by sharing information, to fight foreign electoral interference.

Using the fraudulent Trump-Russia collusion theory to justify ever more censorship. The weird thing here is that the authors are writing about all this stifling of free speech in an approving manner.

What is different about speech regulation related to COVID-19 is the context: The problem is huge and the stakes are very high. But when the crisis is gone, there is no unregulated “normal” to return to. We live—and for several years, we have been living—in a world of serious and growing harms resulting from digital speech. Governments will not stop worrying about these harms. And private platforms will continue to expand their definition of offensive content, and will use algorithms to regulate it ever more closely. The general trend toward more speech control will not abate.

...The surveillance and speech-control responses to COVID-19, and the private sector’s collaboration with the government in these efforts, are a historic and very public experiment about how our constitutional culture will adjust to our digital future.

The authors write about increased censorship and surveillance not as a warning but in apparent sympathy with such Orwellian attitudes. See, it's all for our own good...or so they say.