"It is said that the people are revolting."
"You said it! They stink on ice!" 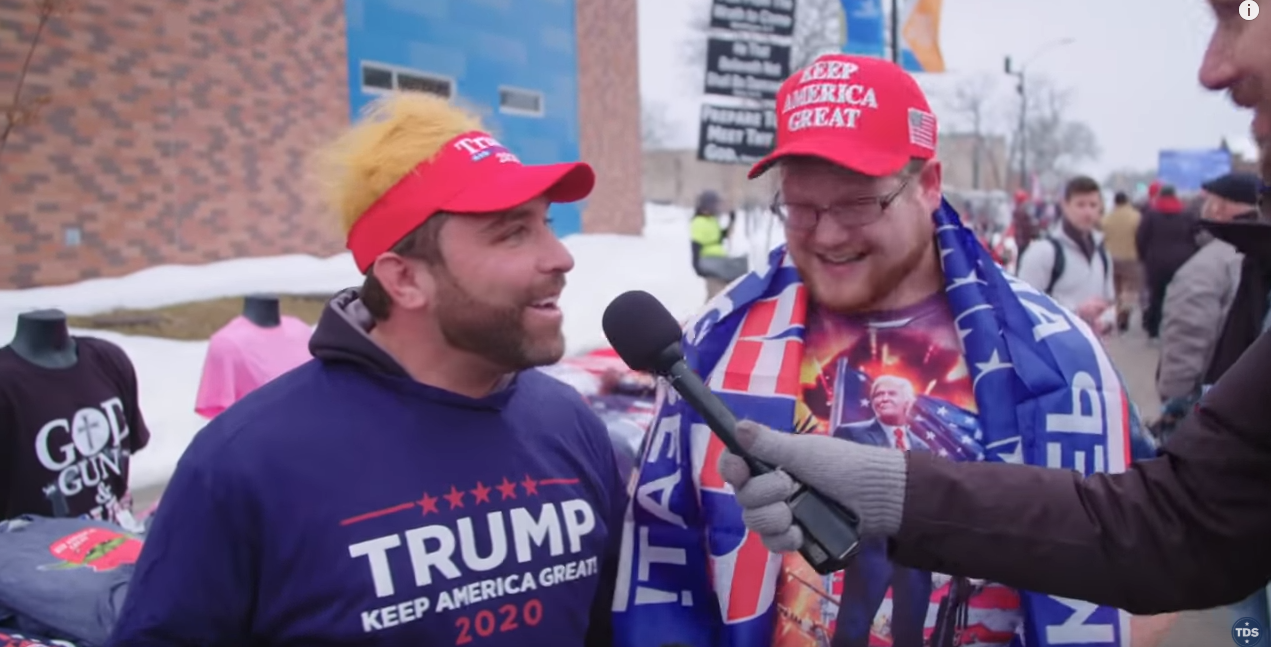 Substitute "deplorables" for "people" and you have the attitude of not only "the resistance" in western Pennsylvania desperately trying but failing to convert Trump supporters but of Campbell Robertson in his New York Times article which chronicled the futility of their efforts. It is obvious upon reading the article that liberal political conversion therapy is just not working.

You get the sense of the futile nature of their task by reading the Thursday article title, "In Trump Country, the Resistance Meets the Steel Curtain," as well as the subtitle, "Anti-Trump forces are still hard at work in deeply conservative areas, but the heady expectations of changing minds are getting harder to sustain."

Robertson takes us deep into the Heart of Darkness of deplorable country in western Pennsylvania where the supposedly enlightened "resistance" are demoralized over the resistance of the local yahoos to their message.

Three years ago, when hundreds of thousands of people took to the streets in protest of Mr. Trump, the resistance seemed immense. Two years ago, when legions of canvassers and postcard writers helped flip dozens of congressional seats nationwide, it proved effective. Now with the 2020 election approaching, the Democratic Party seems as disjointed as ever, while the Trump administration appears not only undismayed but emboldened.

And veterans of the four-year-old resistance, particularly in places where they remain outnumbered, are facing up to an unwelcome truth: This is going to be even harder than it once looked.

Meetings are packed, protesters still gather on freezing sidewalks and the big picture is repeated like a mantra: The goal is building a solid political infrastructure that will pay off in the long run. But in the back of crowded community rooms, activists murmur nervously about discord among the Democrats, the unshakable enthusiasm of the Trump faithful and the nagging suspicion that the mission of winning converts and allies might have reached its limits. The long run is nice, but 2020, as even the most patient concede, is The Big One.

Yup! They sure sound demoralized. That's what happens when you base your hopes upon liberal media claims about what's happening in Washington.

“It just feels like life and death,” said Pam Maroon, 65, who was spending a weeknight with a dozen other women at a canvassing training session southeast of Pittsburgh. “I’m less optimistic,” she said, still sour from watching the news earlier in the day. “It’s exhausting, emotionally and mentally. But you have to keep going.”

Please don't forget to blame the Russians again after the election.

Once a bastion of union power, rural western Pennsylvania has been veering rightward for years, a shift that went into overdrive with Mr. Trump. After the 2016 election, small Democratic groups began sprouting up all over, many started by mid- and late-career women who had done little, if any, political work before.

In Panera booths far from blue Pittsburgh, they were elated to find others who thought like them. Surely there had to be more — if not other Democrats, at least Republicans turned off by the president.

“He’s losing his vote base,” thought Christina Proctor, 42, when she joined the ranks of the newly energized in Washington County. She had been alarmed by the local fervor for Mr. Trump in the run-up to the 2016 election, but in the months that followed she thought this allegiance was flagging. She does not think that anymore. “They’re 100 percent on board,” she said.

Trying to perpetrate a phony impeachment sure didn't help. It just made his supporters remain "100 percent on board."

On Wednesday evening last week, as senators in the other Washington argued about calling witnesses in the impeachment trial, the new leaders of the local Democratic committee in Washington, Pa., sat in their headquarters, debating whether they had reached the limit of people in the county who were still persuadable.

Sorry, no more persuadable deplorables. And one reason why is they might not appreciate being condescended to as if they were politically trainable lab rats.