David Brooks: 'Trump Has Made Us All Stupid' 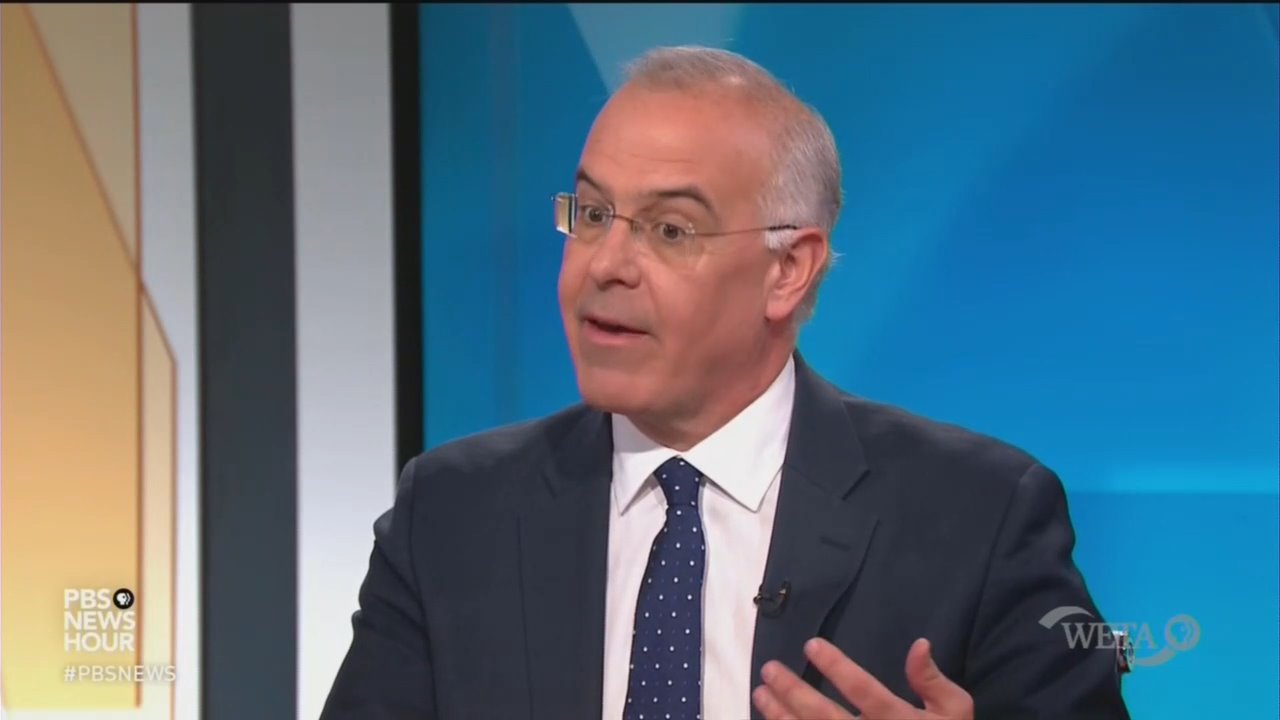 New York Times "conservative" columnist David Brooks claimed on Thursday that "Trump Has Made Us All Stupid." Brooks admits that liberals are now acting really really stupid (as well as loony) but that the fault lies with President Donald Trump.

The weird thing about Brooks' column is that he also gives as close to high praise to Trump as you can at the Times without getting a pink slip (although that could still happen).

Of course, Brooks was very careful to kick off his column by heaping scorn upon Trump, probably for reasons of job security, before slipping in that praise that the left would find intolerable if it is pointed out. Sorry, David.

Donald Trump is impulse-driven, ignorant, narcissistic and intellectually dishonest. So you’d think that those of us in the anti-Trump camp would go out of our way to show we’re not like him — that we are judicious, informed, mature and reasonable.

But the events of the past week have shown that the anti-Trump echo chamber is becoming a mirror image of Trump himself — overwrought, uncalibrated and incapable of having an intelligent conversation about any complex policy problem.

Pssst! Making liberals looks like loons really took no effort on the part of Trump since it was a pre-existing condition. It should go without saying that with this shot at liberals, his minders at the PBS NewsHour didn't ask him about this column on Friday night!

A great cry went up from the echo chamber. We’re on the brink of war! Trump is leading us to more endless wars in the Middle East! We’re on the precipice of total chaos! This was not the calibrated language of risk and reward. It was fear-stoking apocalyptic language. By being so overwrought and exaggerated, the echo chamber drowned out any practical conversation about how to stabilize the Middle East so we could have another righteous chorus of “Donald Trump is a monster!”

This is Trump’s ultimate victory. Every argument on every topic is now all about him. Hating Trump together has become the ultimate bonding, attention-grabbing and profit-maximization mechanism for those of us in anti-Trump world. So you get a series of exaggerated fervors — the Mueller report! Impeachment! The Steele dossier! — that lead ultimately nowhere.

A reminder to Brooks that the periodical he works for was at the forefront of pushing the discredited Trump-Russia collusion conspiracy theory. Oh, and since you now admit that the investigations led nowhere, will you push for the 2018 Pulitzer Prizes awarded to the New York Times and the Washington Post to be revoked since their reporting defined the term Exaggerated Fervors?

The world is more complicated than this cartoon. Love or hate him, Trump has used military force less than any other president since Jimmy Carter. When it comes to foreign policy, he is not like recent Republicans. He is, as my colleague Ross Douthat put it, a Jacksonian figure, wanting to get America out of foreign entanglements while lobbing a few long-distance attacks to ensure the crazy foreigners stick to killing one another and not us.

Warning! Warning! Intolerable praise for Trump just slipped into the column! Please contact the HR department to address this heresy.