CNN: How to Talk Impeachment at Thanksgiving Dinner 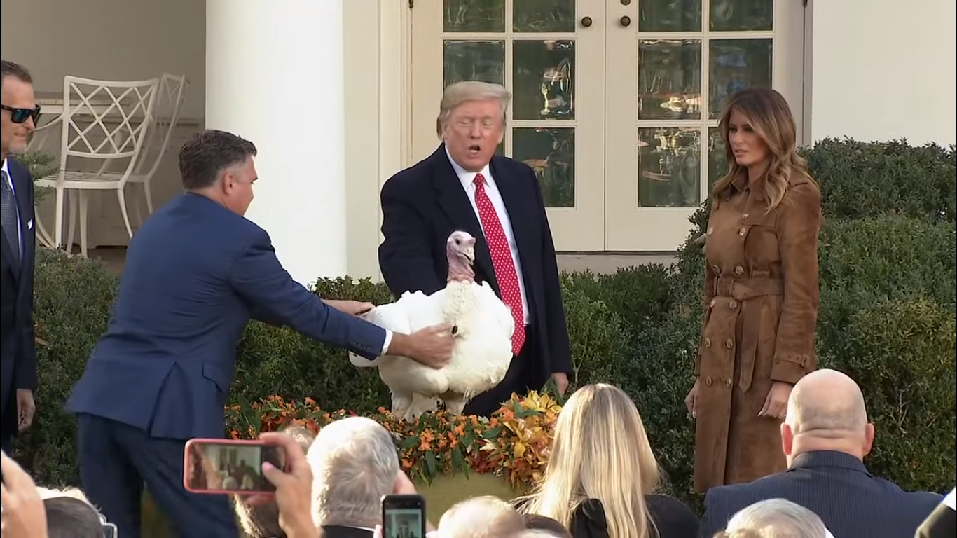 Do you have a bizarre desire to both bore and annoy your fellow Thanksgiving dinner guests? Well, good news! CNN's Zachary B. Wolf on Wednesday provided a handy dandy guide on how to easily accomplish this task with "Get smart on impeachment before Thanksgiving dinner."

Wolf somehow assumes that hearing the mainstream media hype impeachment (which is now losing steam) 24/7 is not enough for the public. His fantasy is that the public will not only have its fill of turkey and stuffing but will have room left over for a discussion about impeachment that the media is so obsessed about.

Happy Thanksgiving! You probably don't want to talk politics with your Uncle Al, but it's going to come up.

A CNN poll this week found that about 4 in 10 Americans are paying very close attention to the impeachment proceedings -- but almost everyone has an opinion about it. Here's what you need to know about impeachment to not sound like a stuffed turkey in front of your family and friends.

Politics probably won't come up unless Uncle Al is suffering from a severe case of TDS. Wolf then goes on to, contrary to his goal, reveal how to sound exactly like a stuffed obsessed turkey in front of your family and friends with his ridiculously detailed impeachment guide.

Is Trump going to be impeached?

Yes, probably -- but that's not the same as being removed from office. Here's how it all works.

Don't be so sure. Many freshman congressional democrats are now getting cold feet on impeachment because of the possibility it could cost them their seats after just one term. Think Mikie Sherrill.

When is Trump going to be impeached?

Long story short: A vote might happen by Christmas.

Or maybe never (see above) but if it does happen, Zachary, we can count on you to provide a "Get Smart on Impeachment before Christmas" guide.

If Democrats have zero chance of removing Trump from office, why would they impeach him?

That's a great question. It has a number of answers. First, it's clear that the base of Democratic voters is pretty insistent that the party do this. Democrats want those voters to show up in November. But perhaps more importantly, they think Trump's behavior demands it.

Unmentioned by Wolf is the most obvious reason... To harm Trump politically in the 2020 general election.

What exactly did Trump do that's so bad?

The short version is that he appears to have used the promise of aid -- paid for with US tax dollars -- as leverage to force a foreign country to do him a political favor.

The shorter (and truer) version is simply that Trump got elected in 2016 and right away there were demands for his impeachment for the "heinous" act of winning that election.

What is Trump's defense?

He used to say there was "no quid pro quo" and suggested that the whistleblower was a partisan working to undermine him.

You mean the whistleblower whose name which is E.C. to find despite the fact that mainsteam media, including CNN, acts as if it is a grave sin to reveal the already known name of someone who actually is a highly partisan hack that has leaked from the White House in the past?

As if providing a detailed list on how to bore and annoy your fellow Thansgiving dinner guests wasn't enough, Wolf also posted a bunch of impeachment information links so you can alienate yourself even more at the dinner table.

Wolf, not satisfied with merely providing you with information to make yourself a holiday pariah, hops up on a soapbox to deliver an urgent TDS sermon:

The President has invited foreign powers to interfere in the US presidential election. Democrats want to impeach him for it. It is a crossroads for the American system of government as the President tries to change what's acceptable for US politicians. This newsletter will focus on this consequential moment in US history.

Exit question for Zachary Wolf: Did you actually write that silly piece voluntarily or did you do it under protest because you were forced to keep up the impeachment drumbeat tempo by your boss, Jeffrey Zucker?