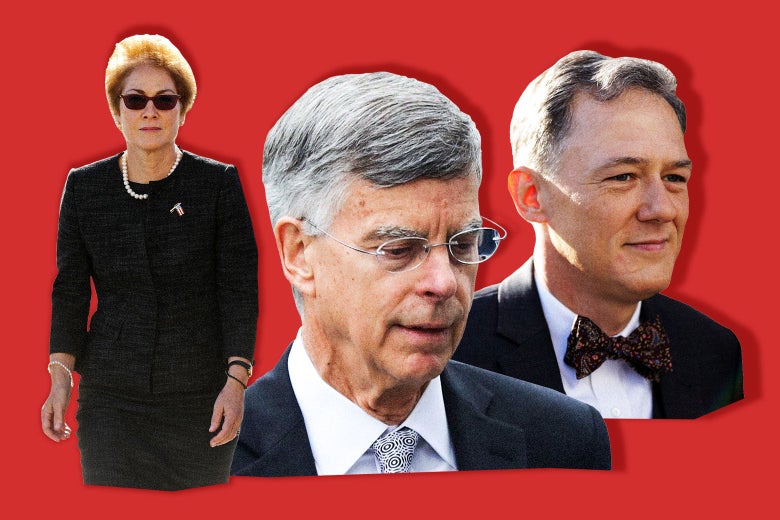 It is no surprise to find out that the Democrats are impeaching President Trump for strictly political reasons. What is a surprise is that The Atlantic magazine revealed that is the main motivation for impeachment.

Assistant editor Elaine Godfrey throws out a few obligatory civics lessons nods about the "democratic process" or "seeking the truth" but she quickly gets to the heart of the matter in Friday's article, which concedes the brutal truth for liberals that "Democrats Know Trump Isn’t Going Anywhere."

With the public phase of the impeachment inquiry starting last week and continuing into this one, throngs of people—young and old, mostly Democrats—have waited outside the room every day to try to get a seat to see the hearings in person. Many of them had traveled very long distances to watch the California Democrat and other lawmakers on the House Intelligence Committee question a number of witnesses. Why were they there? Almost all of them used the phrase “democracy in action.”

Yeah, that was the official PR line for public consumption but we soon find out the real motivation for impeachment.

The many voters I met outside the hearing room seemed to acknowledge the likelihood that, when all this is done, Donald Trump will still be president. But they weren’t exactly disappointed about that prospect, either: They still see impeachment—the whole process—as good for American democracy and, more important, good for the Democratic Party heading into an election year.

Ah! Finally we get to the truth which is that this is really about 2020 politics in which President Trump so far faces a weak array of potential Democrat opponents.

“This is the healing that our country’s got to go through from someone who’s destroyed it,” 65-year-old Sulyporn Bannon Kulsrethsiri told me outside the hearing room on Wednesday morning. “The focus right now isn’t so much on removal itself, but more on the 2020 election,” said Mason Hill, a 22-year-old Washington, D.C., resident, the day before. It’s “to paint a picture [of the president] in the general public’s mind.”

Thank you for the admission that 2020 election politics is the real motivation for impeachment.

Across the country, Republicans and Democrats are dug in regarding their support of or opposition to impeachment: While more than 80 percent of Democrats support impeachment, just 10 percent of Republicans do. Most Americans do not expect the public hearings to change their minds about impeachment, according to a new NPR/PBS NewsHour/Marist poll. The voters I met recognized this. But over and over again, they told me the process isn’t about impeachment itself; it’s about getting out the truth about Trump—about gathering all possible ammunition to use against him in 2020. Democrats are hoping that undecided or unengaged voters will be persuaded by what they’ve learned and inspired to vote against Trump.

But that could backfire on the Democrats as Godfrey warns near the conclusion of her revelation of the true motive for impeachment: "It’s not at all clear what kind of long-term effect the impeachment inquiry will actually have. What’s more, the impeachment process carries a real risk for Democrats: Just as it appears to be exciting their own base ahead of the 2020 primary season, the process may also be exciting Trump’s."

It could be a Wile E. Coyote moment for the Democrats....ending in a political SPLAT.