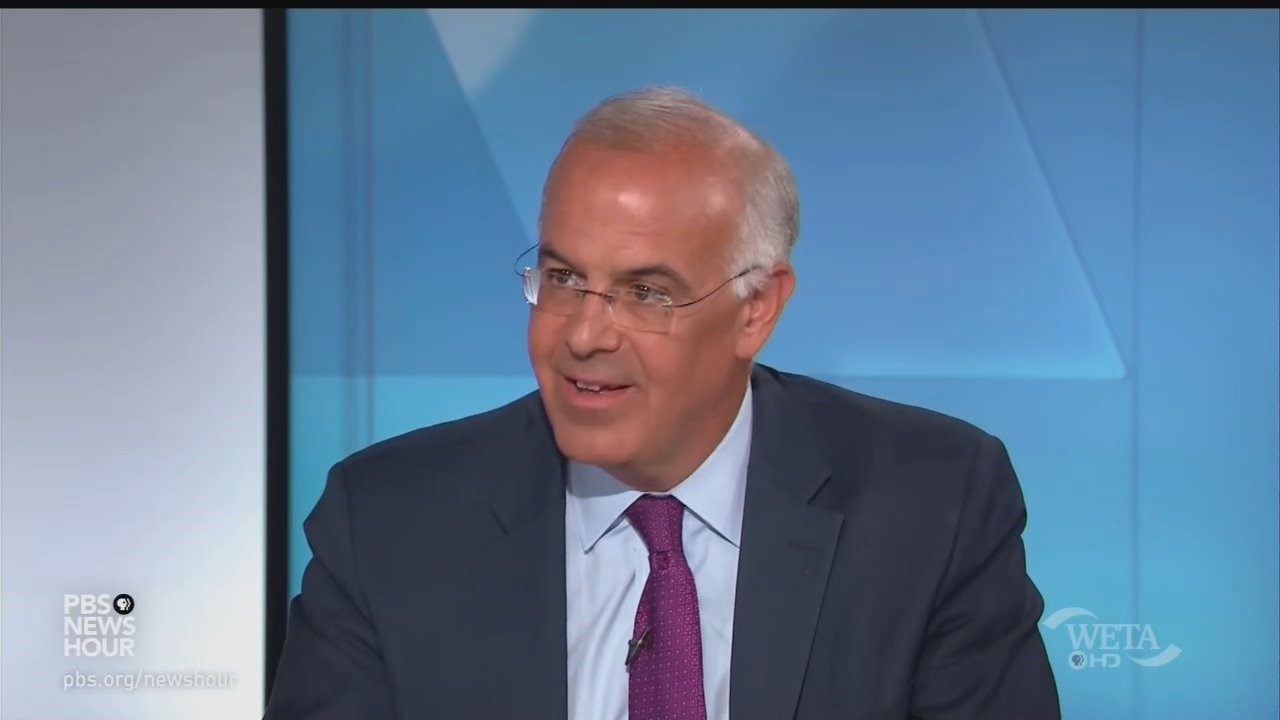 Suppose you need to interview a Trump supporter for the New York Times? Well, you certainly can't look to your own staff for such a person because they don't exist due to the almost total lack of political diversity at that newspaper. Even the "conservatives" there are all Never Trumpers.

So what to do when a Trump supporter needs to be found for an interview? Easy! Just invent such a person and then stack the deck against him during the completely imaginary interview.

That is exactly what David Brooks did on Thursday in "Why Trump Voters Stick With Him." The subtitle, "An imagined conversation with Flyover Man," reveals that Brooks did not have to (yeeccch!) endure actually having to be in the presence of someone he would consider to be a deplorable.

Now watch Brooks stack the deck with the greatest of ease by putting words into the mouth of a Trump supporter who only exists in his Ivory Tower mind:

Urban Guy: I hope you read the rough transcript of that Trump phone call with the Ukrainian president. Trump clearly used public power to ask a foreign leader to dig up dirt on his political opponent. This is impeachable. I don’t see how you can deny the facts in front of your face.

Flyover Man: I haven’t really had time to look into it. There’s always some fight between Trump and the East Coast media. I guess I just try to stay focused on the big picture.

The big picture is this: We knew this guy was a snake when we signed up. But he was the only one who saw us. He was the only one who saw that the America we love is being transformed in front of our eyes. Good jobs for hard-working people were gone. Our communities in tatters. Our kids in trouble. I had one shot at change, so I made a deal with the devil, and you’d have made it, too.

Nothing in this impeachment mess makes me rethink this bargain. If people like you are unable to acknowledge my dignity and see my problems, I’ll stay with Trump.

Do you see what Brooks did there? First he makes the Trump supporting "Flyover Man" appear to be ignorant about the transcript due to not having the time to look into it and then admitting that Trump was a "snake" which didn't matter to him since he "made a deal with the devil." Again a reminder this is all Brooks stacking the deck with imaginary words from a non-existent Trump supporter.

The rest of the "interview" follows in the same stacked deck vein. Urban Guy makes the usual lectures about the Constitution, and Public Morality.  It actually ends with Captain Flyover saying "See ya’ in hell, brother."

As you could guess, this imaginary interview with a phantom Trump supporter got a lot of criticism, and David Brooks even tweeted defensively about it.

I checked Twitter today and saw the last column got some criticism. For the record I visit 4 states a week. In the last two it’s been Kansas, Missouri, Texas, Massachusetts, Illinois, New York, and Georgia. If my columns stink it’s not from lack of contact with Trump voters.

Really, David? So if you have a lot of contact with Trump supporters, why didn't you bother to interview and quote a REAL one?