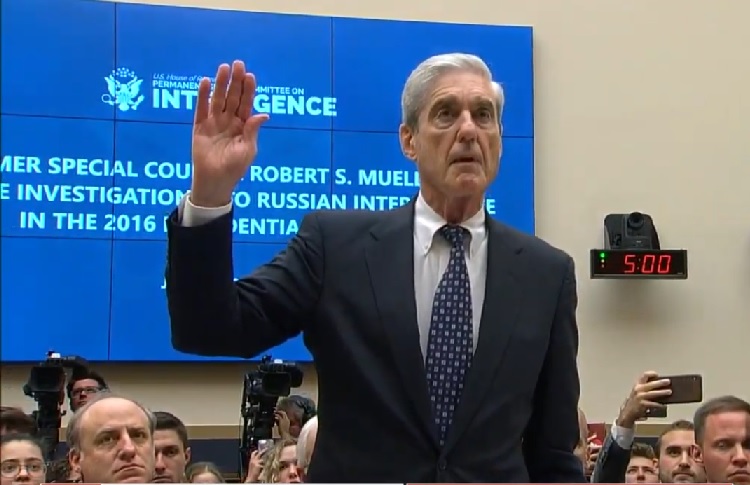 There was just no way around avoiding the fact that Robert Mueller turned in a rather lackluster performance at the Congressional hearings on Wednesday. His appearances before Congress, upon which many Democrats pinned their hopes for harming or even impeaching President Trump, turned out to be something of a dud.

This was the conclusion of Politico's Senior White House Reporter, Darren Samuelsohn. More importantly, it was also an opinion shared by even many on the left that he cited such as David Axelrod. The title of his article quotes a former federal prosecutor who suggested that perhaps Mueller's performance was due to health problems.

“Bob Mueller is struggling,” added Glenn Kirschner, a former federal prosecutor who worked under Mueller in the U.S. attorney’s office in Washington, D.C. “It strikes me as a health issue. We need only look at footage of his earlier congressional appearances to see the dramatic difference in his demeanor and communicative abilities.”

Samuelsohn noted how others also remarked about how much Mueller lacked in luster:

At times, the former FBI director — who had earned a reputation as a studious and hard-nosed witness over dozens of congressional hearings in the 2000s — seemed unfamiliar with details from his nearly two-year-old investigation. He repeatedly asked lawmakers to pose questions again.

Even as Mueller became more forceful in his afternoon testimony, the narrative seemed set. People across the political spectrum, even those who have worked with Mueller, were airing concerns that the 74-year-old longtime lawman, at a minimum, appeared out of practice.

“This is delicate to say, but Mueller, whom I deeply respect, has not publicly testified before Congress in at least six years. And he does not appear as sharp as he was then,” David Axelrod, the former top Obama White House strategist while Mueller was FBI director, wrote on Twitter about 45 minutes into the nationally televised hearing.

Okay, so what was Axelrod's opinion later after listening to more of Mueller's testimony?

Roughly two-and-a half-hours after his initial tweet, Axelrod was only more downcast.

“This is very, very painful.”

Samuelsohn himself cited Mueller's inability to deliver what the Democrats hoped would be a slam dunk performance:

On 23 occasions, Mueller asked House members to repeat questions, according to a POLITICO tally from the hearing. He said he was unfamiliar with the so-called “Steele dossier” containing salacious allegations about Trump’s ties to Russia, as well as the predecessor to the special counsel regulations DOJ used for his appointment. He flubbed a question about his resume, misstating the president who had appointed him the United States attorney for Massachusetts.

Of course, no Politico report about the failure of a liberal dream could be complete without the image of pouncing Republicans:

Predictably, the Trump camp pounced on the narrative, pushing the notion that Mueller was out of touch in both subtle and not-so-subtle ways — and backing up their allegations that a biased team behind the special counsel did all the heavy lifting.

So in addition to tallying up the number of times Mueller asked to repeat questions or was unable to answer questions, perhaps there should be a count done on how many times the mainstream media asserts that the Republicans "pounced" during his testimony.