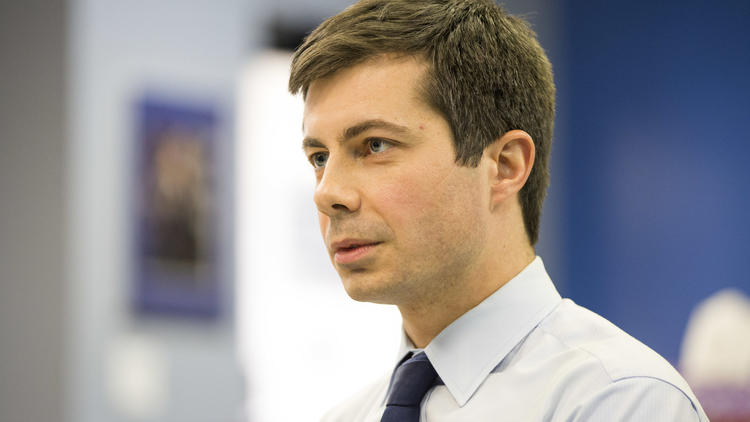 In case you're curious about the mysterious rise of South Bend, Indiana mayor Pete Buttigieg in the Democrat presidential polls recently, Politico has revealed it was not so much because of grassroots support but much more due to an incredibly intensive campaign for media attention.  The person behind this media hype campaign appears to be one Lis Smith, a well-connected and hyperactive Democrat operative with a lot of political experience.

So if you think that Buttigieg's recent poll surge is due to his political positions, you are probably wrong. Politico writer David Freedlander revealed on Monday how the media was willingly manipulated to pay attention to Buttigieg's campaign in "‘I Want Him on Everything’: Meet the Woman Behind the Buttigieg Media Frenzy." The subtitle explains a bit further: "How hard-charging New York operative Lis Smith helped turn an obscure Indiana mayor into a national name."

If you read through the many, many profiles written of presidential candidate Pete Buttigieg in the past several months, it’s hard not to notice just how many reporters happen to have had intimate personal encounters with the candidate, often months before he was in the headlines.

Willing accomplices would be an apt description.

There’s the article in The Atlantic where the writer met the mayor of South Bend, Indiana for a chicken tempura lunch in Manhattan. The writer from Indianapolis Monthly who went for a jog with Buttigieg three months before his feature landed, the Washington Post Magazine writer who sat down in a Virginia soul-food joint with Mayor Pete long before he declared for president and the Yahoo News feature writer who crammed into the corner seat of a midtown Manhattan café with him months ago.

I should know: last October, I had my own intimate, off-the-record encounter with Mayor Pete. We met at the Roxy Hotel in Tribeca. I had a beer—he stuck to water—and we talked about his political ambitions and the state of the Democratic Party and why Trump won. He laid out his case for how a millennial municipal official from a town the size of a New York City Council district could somehow seize the Democratic nomination. It felt like we connected—we went over our allotted time, and I had another beer, and by the end I had shifted from very skeptical to only moderately skeptical, just maybe seeing a lane for his candidacy.

When I stood up and left our table, Buttigieg stayed, and I recognized a woman sitting at the bar. It was a reporter from Buzzfeed News, waiting to take my place.

It sounds like an assembly line of willing media hypesters.

Our meeting was part of a strategy, one run with surprising sophistication and efficacy for a candidate whose highest-profile gig so far is a local office in the fourth-biggest city in Indiana. Buttigieg’s rise from unlikeliest of contenders to actual top-tier presidential candidate has been fueled in part, maybe in large part, by his astonishing success courting the press. And when I began asking around to figure out who was behind that strategy, the same name kept coming up: Lis Smith.

Smith is a fierce New York City-based Democratic operative who helped engineer the plan to get Buttigieg in front of not just national political reporters, but anybody with camera or a microphone. There may be nobody more central to Mayor Pete’s media success—besides the candidate himself, and arguably his social-media-savvy husband, Chasten Buttigieg—than Smith, who serves as a communications advisor and all-around aide. In the last several months, Buttigieg has been not just all over cable and in the newspapers, but in Our Daily Planet, an environmental morning newsletter with just over 5,000 Twitter followers; in a financial planning podcast called Pete the Planner; and on West Wing Weekly, the obsessive episode-by-episode podcast breakdown of The West Wing. He’s been a guest on Buzzfeed’s morning news show, got featured on Vice’s nightly news show and sat down with a couple of the guys from Barstool Sports.

...Lis Smith bursts through the doors of a marbled hotel bar in Brooklyn wearing oversized Anna Wintour sunglasses, a faux-fur lined coat and impossibly thin and tall high heels. She’s on her phone talking to another Buttigieg aide. She puts the word f**k through every part of speech the word can be bent into: noun, pronoun, gerund, verb, term of endearment, sobriquet, epithet, honorific. She is practically shaking with excess energy. I tell her that I have been calling around to former co-workers and associates, trying to get a sense of how she operates. “How badly, she asks me, “are you trying to f**k me over right now?”

Lis sure sounds like such a gem of a person.

“My observation,” said David Axelrod, who worked with Smith on President Obama’s 2012 re-election campaign, “is that she is the quiet hero of his emergence.”

Quiet? In fact it almost seems like Buttigieg himself is almost inconsequential to his poll rise. More due to the hyperactive media manipulations of his foul-mouthed political operative. And of course, her work was made so much easier due to the media acting as such willing participants in her effort.

As a thirty-something mayor of a medium-sized city, Buttigieg faced a credibility threshold with the national press. But he is also the kind of person journalists tend to like: bookish, somehow both earnest and with a sense of irony, and willing to talk the way journalists like people to talk, playing the pundit and getting into the political process and discussing his own ambitions. And although Smith would never say it, it plays on political reporters' narcissism, too. Well, of course someone running for president would need to talk about it with me first, right?

And, of course, Buttigieg is liberal. This tactic of playing on reporters' narcissism would never work for a conservative candidate.

As voters look for someone who can beat Trump, the fact that the press corps appears to vouch for this curious character, a young liberal red-state mayor, means that voters can give him a second look too. And the fact that he’s everywhere, from cable TV to Ebony to your local NPR show to your favorite sports podcast, means that a guy with no name recognition is suddenly hard to avoid.

You got that right, Mr. Freedlander. The press corps sure does appear to vouch for Buttigieg. Again, something they would never do for a conservative.