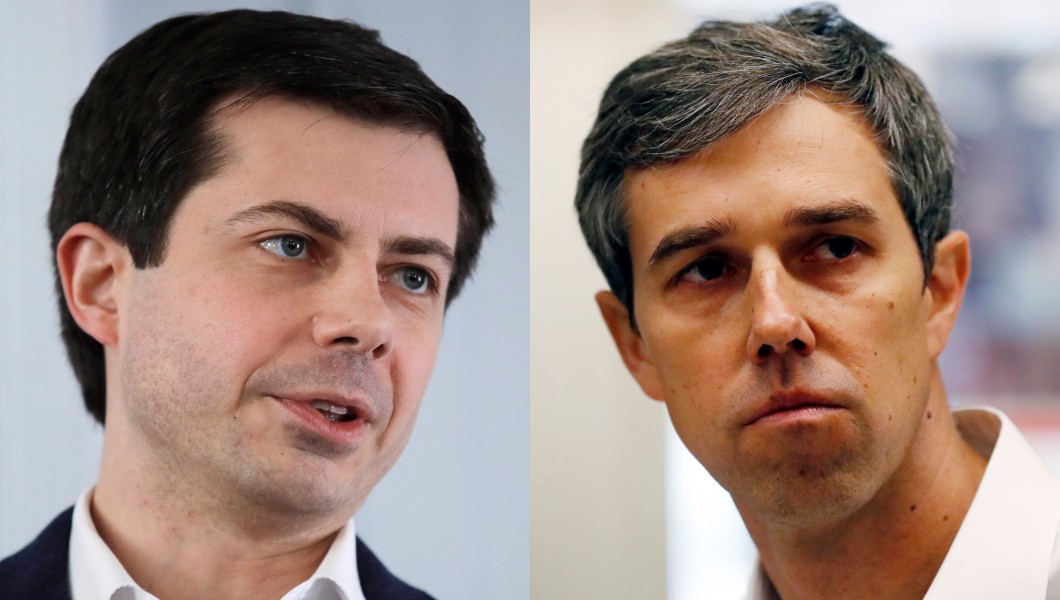 Live by the media hype, die by the media hype...for someone else. Such is the sad fate of poor Beto O'Rourke who just a few short weeks ago basked in the glow of mainstream media adulation. Unfortunately for the Irish guy with the Mexican nickname, the media has switched its attention to another shiny object in the form of Mayor Pete Buttigieg of South Bend, Indiana, now "burning with the velocity of a prairie fire on a gusty Indiana day."

On Wednesday, Politico chronicled Beto's tragic loss of his magic mojo in "Why the Media Dumped Beto for Mayor Pete." Appropriately it was authored by Jack Shafer, who back in October begged the press to stop hyping Beto so vigorously in "Stop the Press Before It Profiles Beto O’Rourke Again."

Can one discern a bit of glee on Shafer's part as he reports on Beto's new has-been status?

Was it only weeks ago that the press began swooning for O’Rourke like a drunken conventioneer, writing about him with the same frequency it does for Buttigieg today? The things that once seemed so appealing about O’Rourke to the press—the generalities, the platitudes, the offhanded charisma, the rolled-up sleeves—seem off-putting now. The clearest sign of the press corps’ O’Rourke infatuation was its routine reference to him by his first name in its stories—something it has moved on to doing with Buttigieg. Such shameful and transparent familiarity.

Just remember, Jack (can I refer to you by first name?), that despite your October plea, Politico (along with obviously Vanity Fair) was among those publications furiously hyping O'Rourke these past few months.

Having stripped the Kennedyesque Texan of his novelty, the press corps has dumped him for the Kennedyesque Hoosier like a speed-dater on the rebound from a Tinder relationship gone bad. Its transition to Buttigieg has been seamless, finding in him another candidate who speaks complete sentences, who likes the camera almost as much as it likes him, who subscribes to the usual Democratic articles of faith and scans like a lost episode of The West Wing.

You seem to be taking a bit too much delight in observing Beto's fall from media grace. However, since you warned about his over-the-top hype, enjoy the moment.

Think of Buttigieg as a newborn just delivered to his newsroom parents, his every grin and wink and grimace worthy of endless analysis and discussion, and you begin to fathom the press corps’ fascination with him.

That sounds like how the media treated baby Beto last year. But we know that doesn't always translate into victory. Shafer concluded the problem is "that after all these years we’ve failed to learn that media infatuations are rarely a good proxy for voter enthusiasm. National political reporters live in a bubble that extends from New York to Washington, which makes them better at taking a colleague’s pulse than a standard-issue voter’s....Reporters are fickle. Voters are loyal."